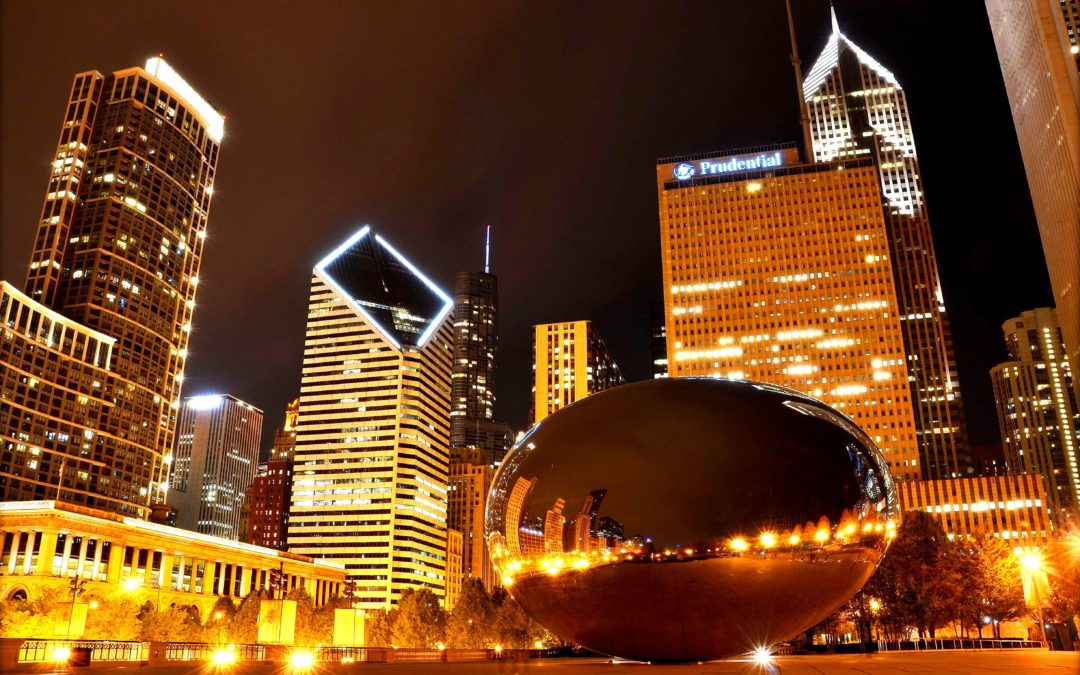 I am particularly fond of artworks that change along with the weather, the time of day or the human interaction that’s going on in the vicinity and Cloud Gate in Chicago ticks all those boxes.

The fact that we, as human spectators and passers-by, can affect a work of art is the way that I prefer to look at this sculpture by British artist, Anish Kapoor. The nearby Chicago skyline is transformed into something special as the typical modern city buildings curve as they are reflected in the sculpture that is affectionately referred to as the ‘Bean’.

The nearby buildings have a sense of fragility when they are depicted reflected in the artwork. Their apparent sturdiness is gone. Yet the people who are attracted to the sculpture – it’s one of the most popular attractions in the city – seem strong and empowered when compared to the curving, teetering skyscrapers.

The sculpture was unveiled in May of 2006 and that day, the 15th, was designated by the mayor as ‘Cloud Gate Day’. A specially-composed jazz orchestration entitled Fanfare of Cloud Gate was played during the opening performed by the Chicago Jazz Philharmonic.

You can hear the composition below.

WHERE IS CLOUD GATE?

← Why Are People in Denmark So Happy? A Cruise For Everyone →