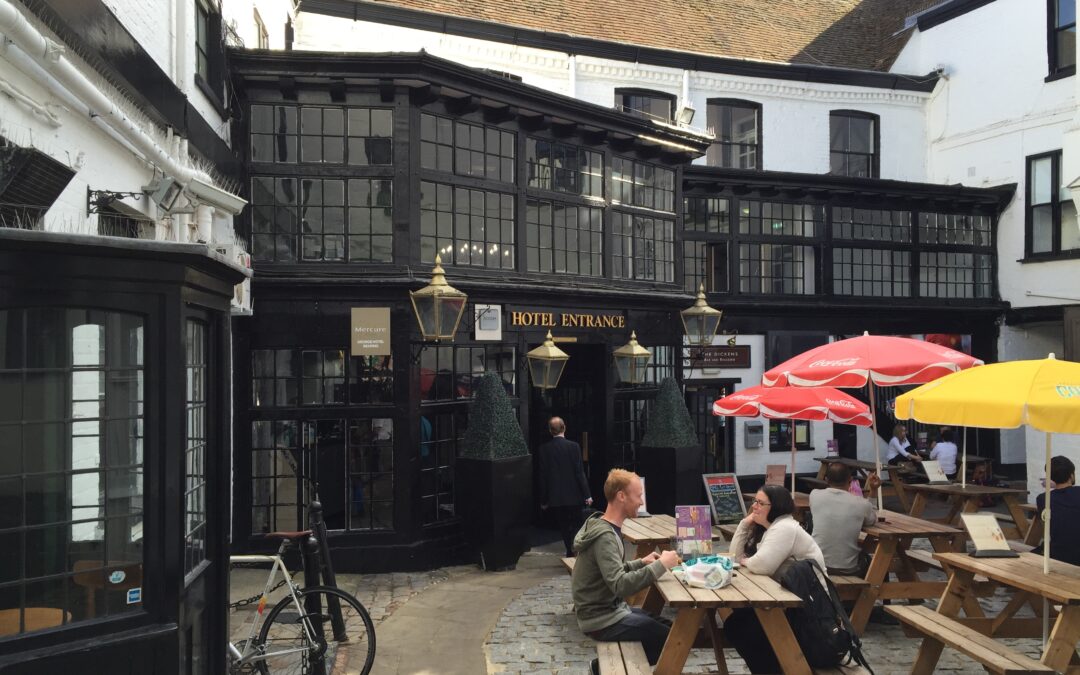 If you asked most people to name a Victorian serial killer, I bet that they would think of Jack the Ripper. Well, forget old Jack. He was a very junior player when compared to Amelia Dyer. Her crimes, too many to be counted, were particularly horrible. The story is truly grisly.

Reading is only about 40 miles from London. Tourists don’t flock there in droves which is a shame because it’s a very old town (first settled in about 800) with some great architecture and plenty of facilities to please just about anyone. It says something about the diversity of the place when I say that Catherine, Duchess of Cambridge, Oscar Wilde and Ricky Gervais, amongst many others, were born there and it’s the location of Jane Austen’s schoolgirl days.

If you find yourself there (and enjoy some of the tremendous pubs) it’s worth a drive to 45, Kensington Road. True, all you’ll see is a rather ordinary, small terraced house but believe me, it was a house of horror in Victorian days.

It’s the home of Amelia Dyer who had the occupation of baby farmer. Baby farmers adopted small baby’s – usually born to unmarried mothers – for a fee. The mothers would pay the baby farmer to adopt their children believing that the baby would be properly looked after and given a decent life.

Yes, the mothers had to pay for the privilege of having their babies adopted by this truly fearsome creature.

At first, Murderess Dyer legitimately looked after the babies under her care. We don’t know whether it was intentional or not but it seems that a few babies died and Dyer was sentenced to six months imprisonment with hard labour.

Then one day she must have thought to herself, probably when changing nappies or some other gross baby-caring task, that she might as well kill her charges. After all, their mothers had given them up so they’d never know. And she could keep on taking in more babies, getting paid for the job, killing them, then taking in more babies and so on and so on forever.

So that’s exactly what she did. And – this is astonishing – it’s reckoned that she killed over 400 babies during her murder years. And of course, you can’t do that forever without being caught.

She’d dispose of the little bodies by throwing them into the Thames.

It was this practice that led to her being discovered though. In one sad little parcel was a label which, when dried out and seen using a magnifying glass, was a name and address, that led directly to Amelia Dyer. She was eventually hanged in 1896.

Over one hundred years later, the great-great-grandson of the arresting officer found a package in the attic. It was, sans baby of course, the original parcel containing the ribbon that Dyer used to strangle her victims. You can read about it on the BBC website.