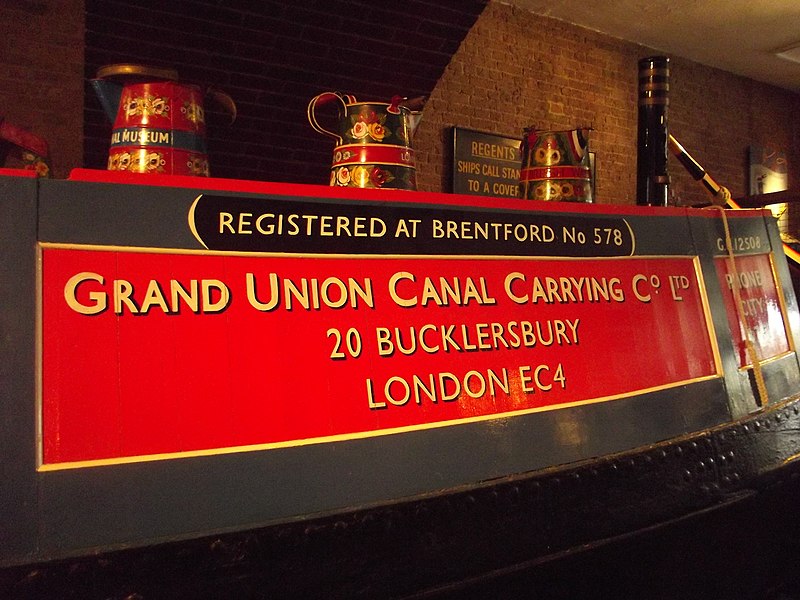 I’ve written often suggesting that visitors to the UK venture beyond the usual London tourist traps. But if you are in London, the Canal Museum is a great place to visit.

The UK was the first country in the world to have a nationwide canal system and this had a large part to play in the industrial revolution taking place. The canals, and the purposer-built narrowboats, meant that goods and raw materials could travel long distances inexpensively.

Sadly once the railways offered a viable alternative the canals fell into disuse. But in the last fifty years or so many have been restored for recreation and tourism reasons. And the value and the history of the canals have led to several canal museums being founded throughout the UK.

The canal museum in London is an especially interesting one because of its connection with … of all things, ice cream.

Carlo Gatti was an entrepreneur for Switzerland who is credited with the development of ice cream as we know it today and making it available to the general public. The canal museum is housed in what was once a warehouse for Gatti’s ice, imported from Norway.

This formed the raw material for the manufacture of his ice cream.
The museum has two existing ice wells that visitors can see today. But in addition to thises curiosities, the museum has a wealth of information about the canals, the boats, the industrial revolution, and of course, the canals themselves, especially the London network. You’ll even learn about the distinctive traditional ‘roses and castles’ ornamentation that decorated many of the traditional narrowboats, pottery and accessories.

Boat rides can be arranged, as can a towpath walk. Oh, and the museum has a store selling very reasonably priced prints of the early days of canal life. Try the tunnel boat tour. This is what the museum website says about this tour (which includes free entry into the museum.)

Enjoy a boat trip through London’s Islington tunnel on The Regent’s Canal, opened in 1820, and is around three-quarters of a mile in length. When it first opened boats had to be pushed through by a process of “legging” where men lay on the boat and pushed against the walls with their legs. Our trips are more easily achieved on board one of London’s community narrowboats. A guide from the museum offers you a commentary on the history of the tunnel as you cruise through it.

HOW TO FIND THE LONDON CANAL MUSEUM

As you can see from the map below, the museum is easy to find and is close to some of the other attractions that might interest you while you’re in London.