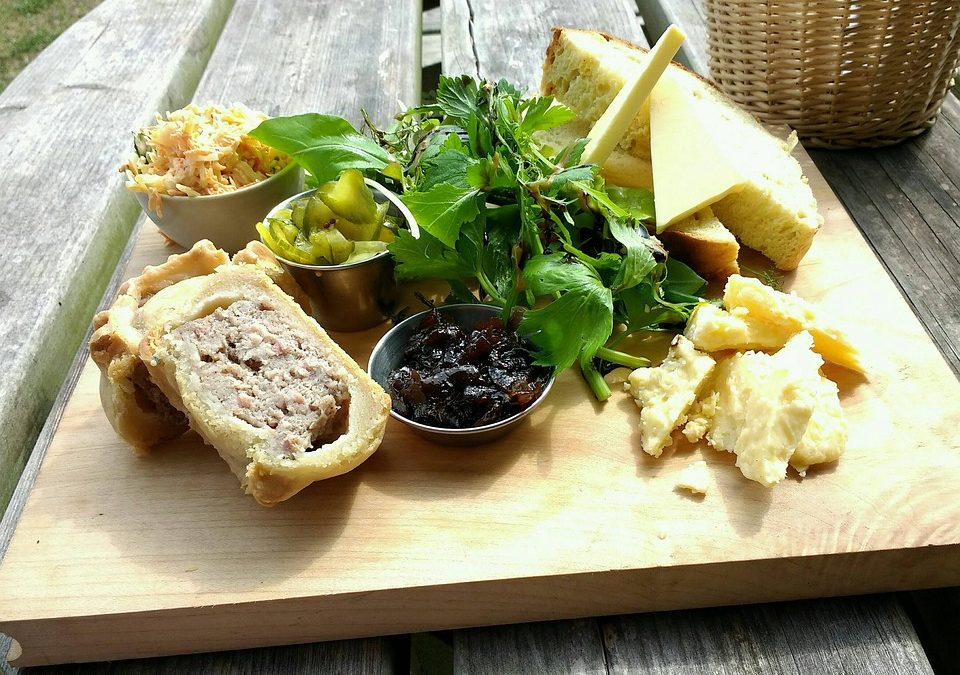 It makes me chuckle. Probably most English people have a bit of a laugh about it too. There are so many articles on the internet that refer to our ‘weird English food’ and cites such items as spotted dick, toad-in-the-hole and other peculiarly-named dishes.

But really, and I suspect you know this anyway, it’s all nonsense.

I was born and brought up in England. I lived there for forty years before moving to the USA. And I want to state quite categorically here that I have never, ever, eaten spotted dick. You see, it’s one of those joke things that other countries love to laugh about.

It’s the same with toad-in-the-hole. I know what it is, but I’ve never eaten it.

But people in other countries seem to get a little bamboozled by some of the strange (and old) names that English foods have. It’s true that there’s a British dish called Welsh Rarebit but do you know what it is? Cheese on toast. Not a bit weird. It’s what Americans would (perversely) call grilled cheese. That’s not weird, is it?

Of course, ‘British pubs’ in the USA tend to capitalise on these things by having menu items such as the aforementioned spotted dick and toad-in-the-hole. But no-one, no-one eats these in England!

There is, I’ll grant you, a tradition of calling food items by weird names – take for example a very enjoyable meatball dish – these meatballs are called faggots – but that’s just our daft sense of humour.

So what will you find to eat if you’re visiting England? Dining in England is terrific but please try to forget the sort of foods you see advertised on the menu of ‘British pubs’ in the USA. England is, and always was, a mixing pot of cultures. Most English people, for example, eat ‘curry’ (Indian food).

I know it sounds a bit weird but Indian food is now the ‘national food’ of England. Do we still eat roast beef and Yorkshire pudding? Yes. Do we still enjoy fish & chips? Definitely. Spotted Dick? I doubt anyone in England knows what it is!