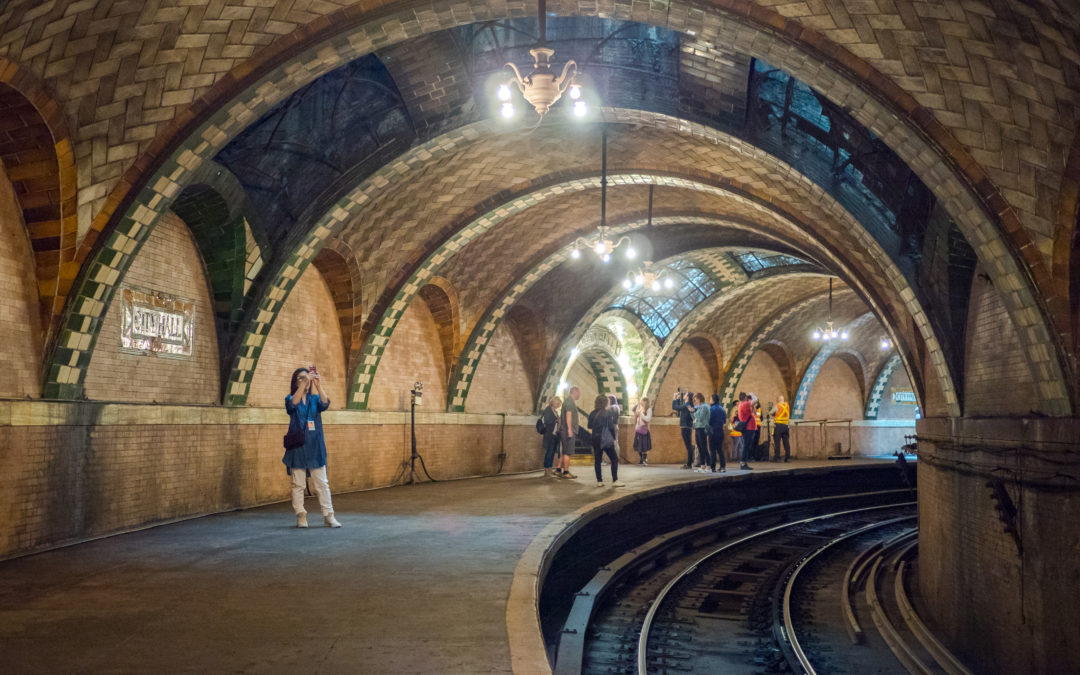 For well over a hundred years, the City Of New York has partly functioned underground. Out of sight to those of us on the surface, millions of people travel from place to place, quickly and efficiently. They are travelling on the subway – itself a marvel of engineering that has its roots in the early 1900s.

The subway system of New York helps considerably towards ensuring that its nickname, the City That Never Sleeps, is correct.

The New York Transit Museum is determined that we shouldn’t forget about this. On its website it states that it is:

dedicated to telling and preserving the stories of mass transportation – extraordinary engineering feats, workers who labored in the tunnels over 100 years ago, communities that were drastically transformed, and the ever-evolving technology, design, and ridership of a system that runs 24 hours a day, every day of the year

And the now-abandoned subway station, the City Hall, is just one of the locations that hosts special tours so that today we can see exactly what travellers saw over a hundred years ago when they ventured into the ‘new-fangled’ subway.

And it’s an exclusive tour. It’s open to members of the museum only. But don’t worry – the membership is well worth every penny. You can see more at the website.

HOW TO FIND CITY HALL STATION

JJ is originally from the UK and has lived in South Florida since 1994. She is the founder and editor of JAQUO Magazine. You can connect with her using the social media icons below.
← Ik Kil, Mexico Divided by a Common Language: In The Home →

Trending Now : What Is Swimply?