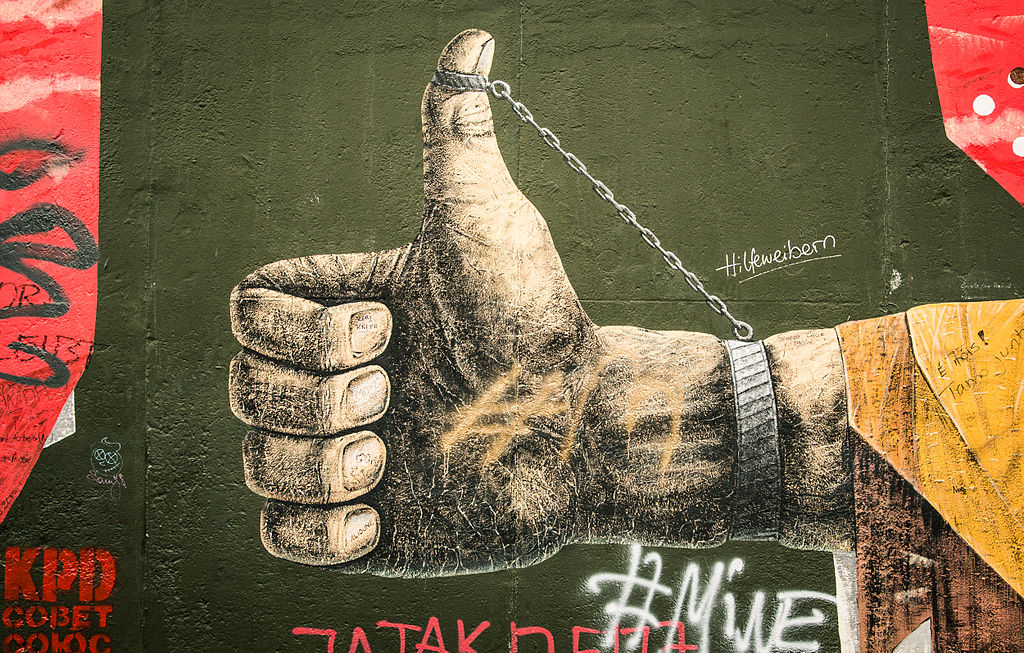 I’ve rarely seen street art that I haven’t appreciated. And that appreciation is doubled – no, much more – when the venue is the Berlin Wall.

When the wall came down in 1989, artists from all over the world commemorated this with the creation of 105 murals painted on more than a kilometre of the wall’s face. It has a protected status and is classed as a heritage landmark.

“The East Side Gallery is understood as a monument to the fall of the Berlin Wall and the peaceful negotiation of borders and conventions between societies and people”,

The works represent the feeling of the time – a freedom and optimism.

Since it was first created it has attracted millions of visitors every year. Despite this though, many of the murals fell into disrepair. They were largely restored, the initiative being fired by friends of the gallery.

But even now, its future is not certain.

This makes visiting the gallery even more important

As time goes by, those of who were alive when the wall fell tend to forget just what a huge event this was. So much has happened since, after all. And to younger people … well, maybe many of them don’t even know anything at all regarding the significance of the Berlin Wall and the profound importance of its fall. 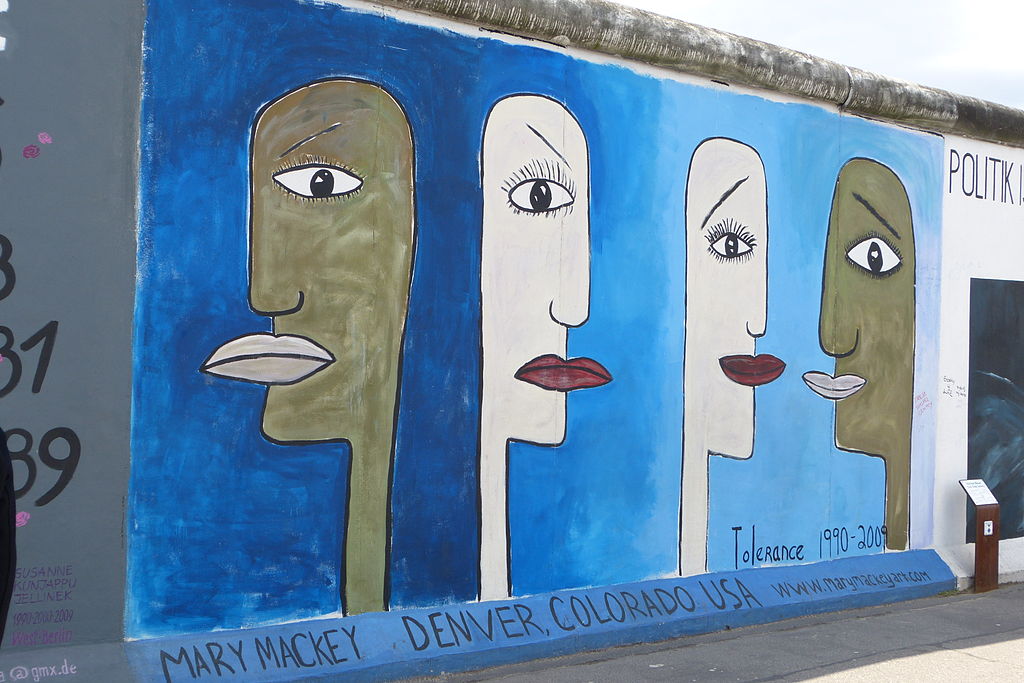 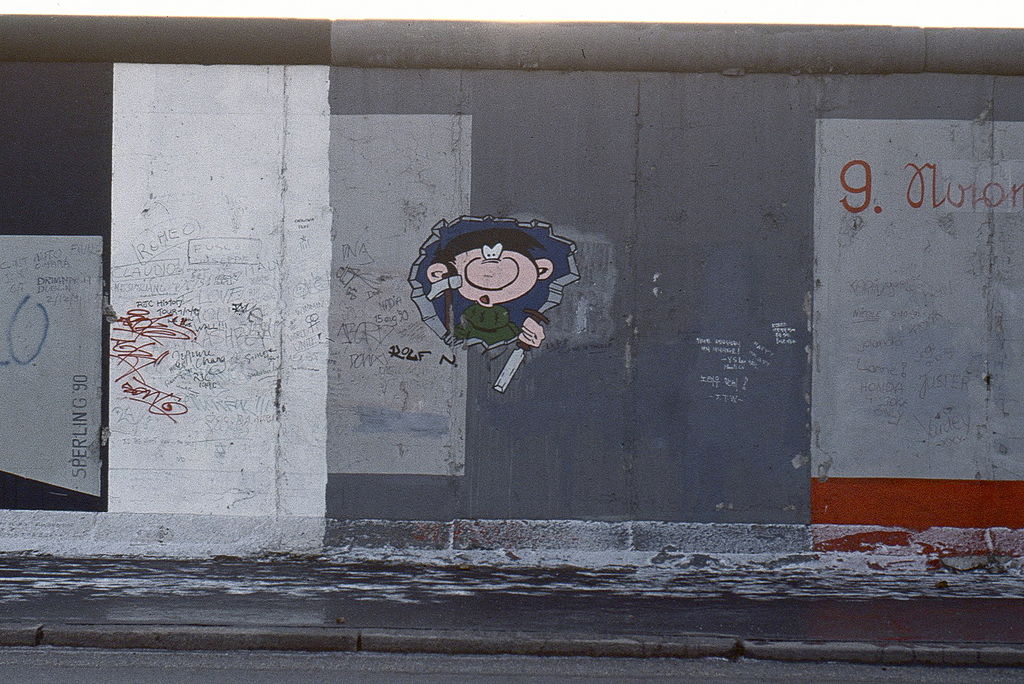 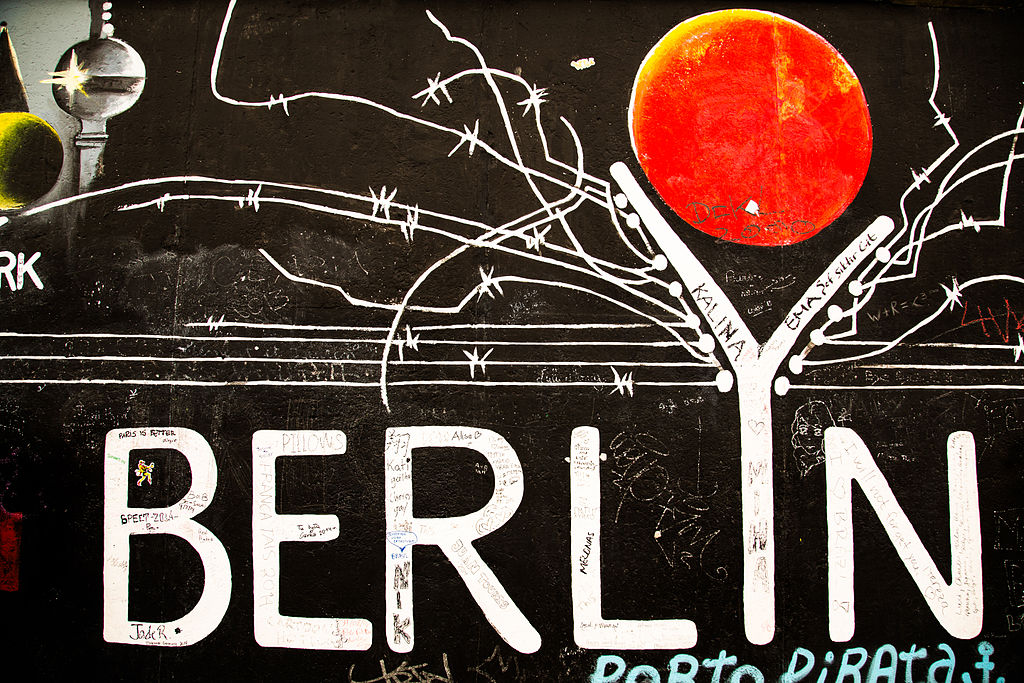 Read what thousands of visitors have to say here.

HOW TO FIND THE EAST SIDE GALLERY

The East Side Gallery