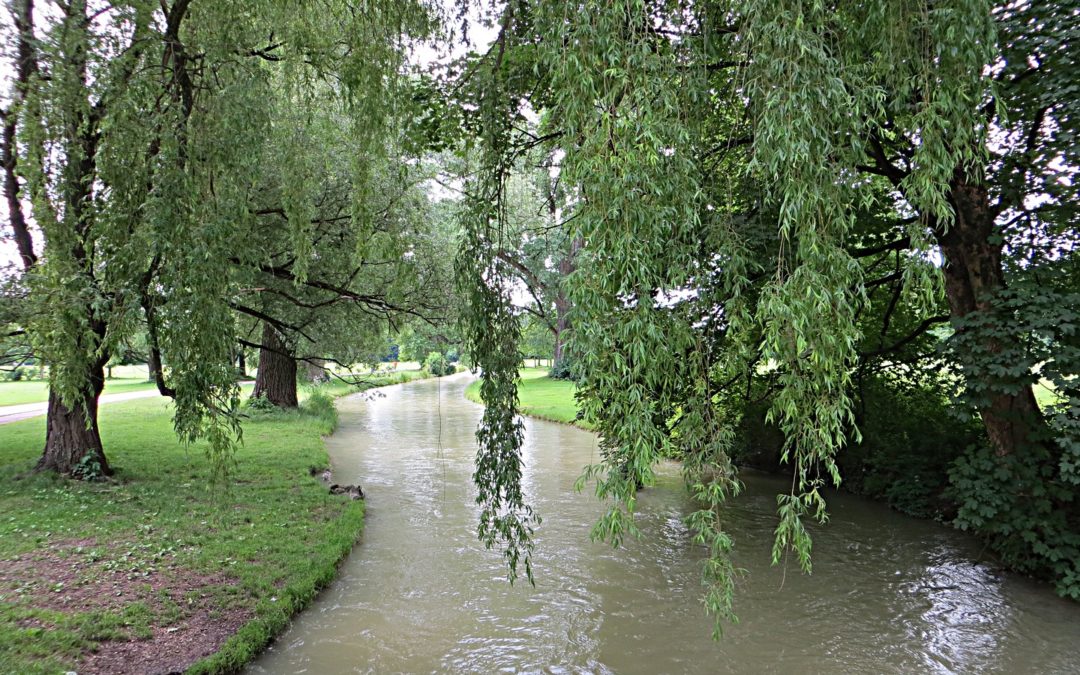 The Englischer Garten in Munich is so called because its style is based on the parks that were popular in England during the eighteenth-century. This large urban park was modelled on the English versions.

This is why it’s easy to see why there was a famous suicide attempt there when the war between Germany and Great Britain was announced in 1939.

The person in question was beautiful, blonde and British. Unity was one of the six Mitford sisters who captivated English society because of their unconventional ways. Born to titles and a leisured lifestyle, Unity’s sisters were:

So it’s hardly surprising that Unity became a supporter of Adolf Hitler. Although ‘supporter’ is putting it mildly. It’s probably not an exaggeration to call Unity’s fanaticism an obsession.

She had moved to Germany several years before in order to study the language. Discovering the restaurant that Hitler frequented at lunchtimes, she haunted the place for months until one day she managed to meet her hero.

From that point onwards she became a part of his inner circle. (It is said that their relationship went further and that in 1940 she gave birth – in England – to Hitler’s child. It’s a popular, and unproven, conspiracy theory). He even gave her a revolver (pearl-handled, they say) to protect herself.

And it was with this gun that she ventured into the park on the day that war was declared. She loved both countries – the place of her birth (Great Britain) and the country she had adopted as her home (Germany). She shot herself in the head.

Her attempt was unsuccessful. It was Hitler himself who paid for her hospitalisation. The bullet couldn’t be removed but she survived and was transported, again at Hitler’s expense, to Switzerland.

It was from there that her mother and younger sister Deborah collected her and took her back to the UK.

Unity never really recovered. Her mind was seriously affected and she could no longer live independently. Rumours were rife.

Three years after the war had ended, Unity died at the age of 33.

Interesting snippet: Unity Mitford, though born in England, was conceived in Canada. The name of the tow was Swastika.

Where is the Englischer Garten?