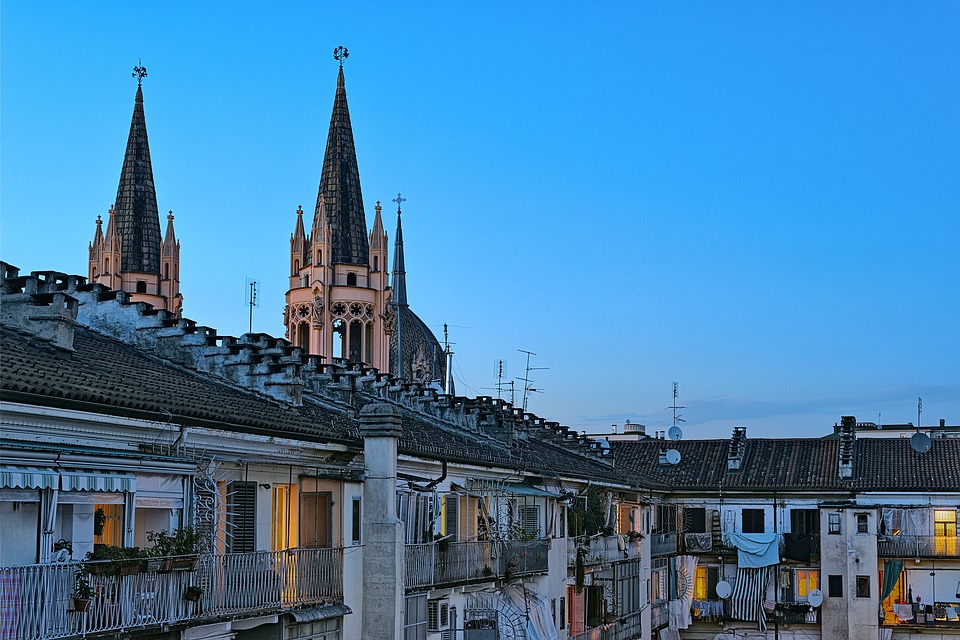 The 1969 film The Italian Job is considered to be a classic. Some years ago,  a scene that had been cut from the movie was discovered and included on the DVD. And it’s a wonderful scene that takes place in the middle of the famous car chase.

During the latter part of the film, the English mob were escaping from the police after relieving a Turin bank of its gold. At the time of production, it was decided to cut the scene because it slowed down the chase action.

They were probably quite right but nevertheless it’s still a fabulous scene and Italian Job fans are delighted that it didn’t end up on the cutting room floor forever. Here it is.

FIND OUT ABOUT ARCHITECTURAL TOURS

Although the movement of the cars and the music are captivating to the viewer, we still can’t fail to notice that incredible building. Where is it and who designed it?

Working in the middle of the twentieth century, Italian architect Pier Luigi Nervi developed many stunning structures using reinforced concrete and the building you see in the video above is one of them, the Exhibition Hall in Turin. Most of the car chase scenes in the movie were filmed in Turin.

IT was built shortly after the end of the Second World War on the site of the bombed out Palazzo della Moda. Its puporse was to hold exhibitions to showcase the strength of the Italian motor industry.

It was used for the Turin Motor Show so therefore had an automobile connected that pre-dated the film. Here it is in 1955.

In 2006, the exhibition hall was converted into a temporary skating rink for use during the winter Olympics. After that, it reverted to use use as a hall for fairs and expos.

Trending Now : Florence Cathedral: The Way Of The Future?