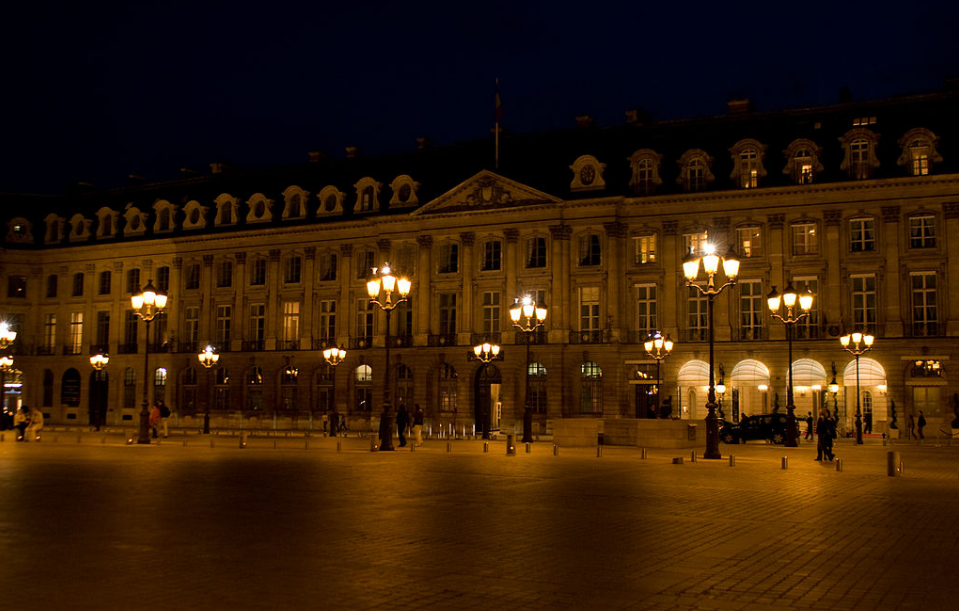 If you ever have a money-is-no-object moment, then for the height of luxury look no further than the Hôtel Ritz Paris. You’ll be following in the footsteps of the rich and famous – and the infamous. This luxury hotel first opened its doors in 1898 and since that time has been the embodiment of luxury, wealth and opulent style.

As you’d expect from a hotel of such longevity, history has been made there more than once. Famous residents and guests have included couturiers, aristocracy, artists, writers, royalty and – during the Second World War – high-ranking Nazi officials. It has been used as a location for several classic movies and many authors have set their novels within its walls – some who have known the hotel intimately.

Needless to say, it is the most expensive hotel in Paris.

But the hotel’s ‘cheapest’ room is remarkably luxurious. It is almost as large as my apartment and is decorated in pale muted shades. The bathroom is created using Italian marble and features taps, gilded of course, in the shape of elegant swans. There are the crispest of linens on the bed and deep pile carpeting on the floor.

The furniture is traditional antique French and throughout the hotel are delicate, although expensive, small touches that reek of luxury and ultimate care. For example, founder, César Ritz insisted that lampshades in the hotel were lined with peach coloured silk as the resultant glow was flattering to women’s complexions.

The history of the hotel is fascinating – and often scandalous. It’s likely that a plot to assassinate Hitler was formulated at the hotel and it’s true that the deposed king, the Duke of Windsor, plotted to return to the British throne and prevent Elizabeth from becoming queen while he was staying at the Ritz. (His credibility was ruined by his wife, Wallis Simpson and her scandalous affair with an American playboy at the hotel). Several famous movie stars and writers had steamy affairs within the walls of the Ritz.

During World War Two staff members at the hotel were involved in Resistance work, despite the Ritz being the headquarters for the Gestapo (notably Hermann Göring). The general manager and his wife concealed shot-down Allied airmen in hidden rooms and closets. And in the prewar days, the Ritz was extremely lively. Coco Chanel, who lived in the hotel for decades, found that many of her best clients were young men who required evening dresses for elaborate drag parties. You can read more in this great book.

Today, the Ritz has been totally and expensively renovated in sumptuous style by its most recent owner. Many suites and rooms have been named after previous guests (the Duke and Duchess of Windsor Suite, the Hemingway Bar and even the Elton John Suite). See the Ritz website here.

Do you know who the new owner is? Well, the events of 31st August 1997 are relevant here. The owner’s son ‘dined’ in the Imperial Suite with his latest paramour. The deputy head of security at the hotel, a man named Henri Paul, whisked them into a waiting Mercedes to allow the couple to escape from the paparazzi.

But as we know, that night the car crashed in a Paris tunnel…..

SEE THE RITZ IN THE VIDEO BELOW