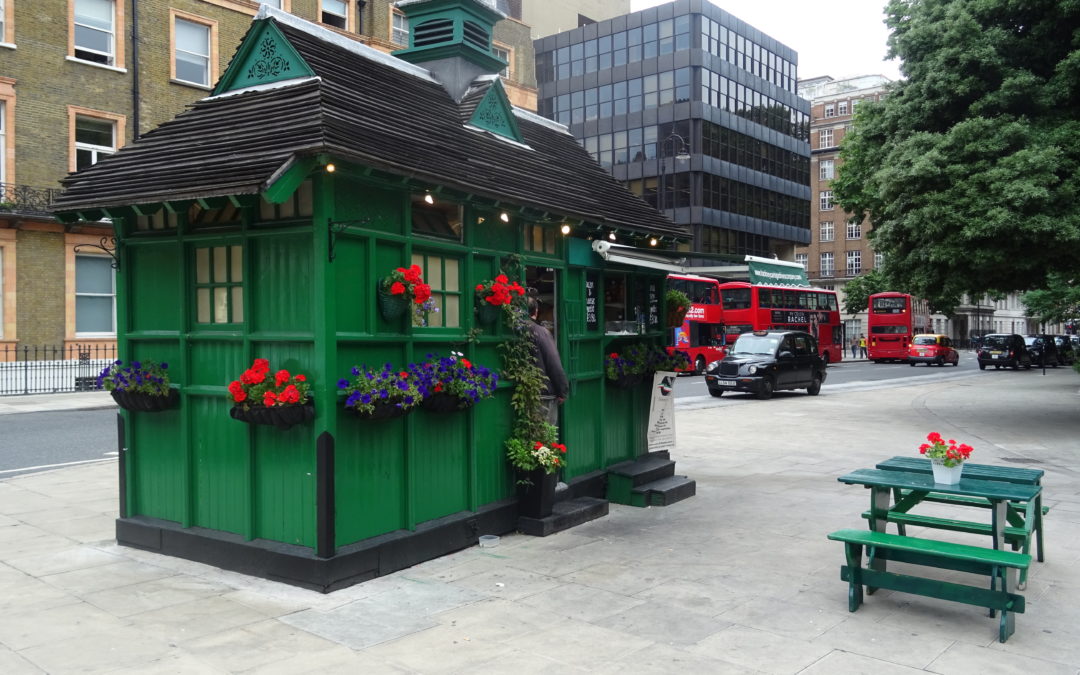 If you’ve been to London, you might have noticed them. If you’re planning to go there, then watch out for them. These curious little structures, looking rather like a Victorian garden shed, are scattered throughout the city.

There are only thirteen of them these days (ten are operational) but at one time there were 61 in existence. The surviving ones now have protected status.

I would ask you to guess what they’re for but I rather gave the game away with the title. Yes, they are for cab drivers to enjoy a rest, a read of the paper and a ‘wad and a wet’. (Cup of tea and sandwich). The story of how they came about is interesting though.

It was partly due to the 7th Earl of Shaftesbury who started a foundation to create these little oases. In the 1870s the taxis were, of course, horse-drawn hansom cabs and when the weather was bad the poor cabman was out in the open when stood at the cab rank awaiting a new customer.

Although the hansom cabs weren’t supposed to be left unattended, the cabmen would give an urchin a few pennies to keep an eye in it so that the hansom cab drivers could repair to the warm and dry pub.

This led to a problem. If the weather was particularly bad, it was almost impossible to find a sober cabman.

So the earl decided that the cabmen deserved a place to sit, get warm and have a drink – a non-alcoholic drink of course. So each of these tiny buildings has a fully-functioning kitchen for basic foodstuffs – sandwiches, soups and hearty dishes such as egg and chips.

Each hut will only hold about a dozen men and only official cabmen are allowed inside. These days the general public is served via a hatch in the side of the building and it’s said that they give the best value in the city.

Why are the huts so tiny when there are so many cabmen in London? It’s because in 1875 when the scheme started, the authorities specified that because they were located on the road, they must be no larger than a horse and cart.