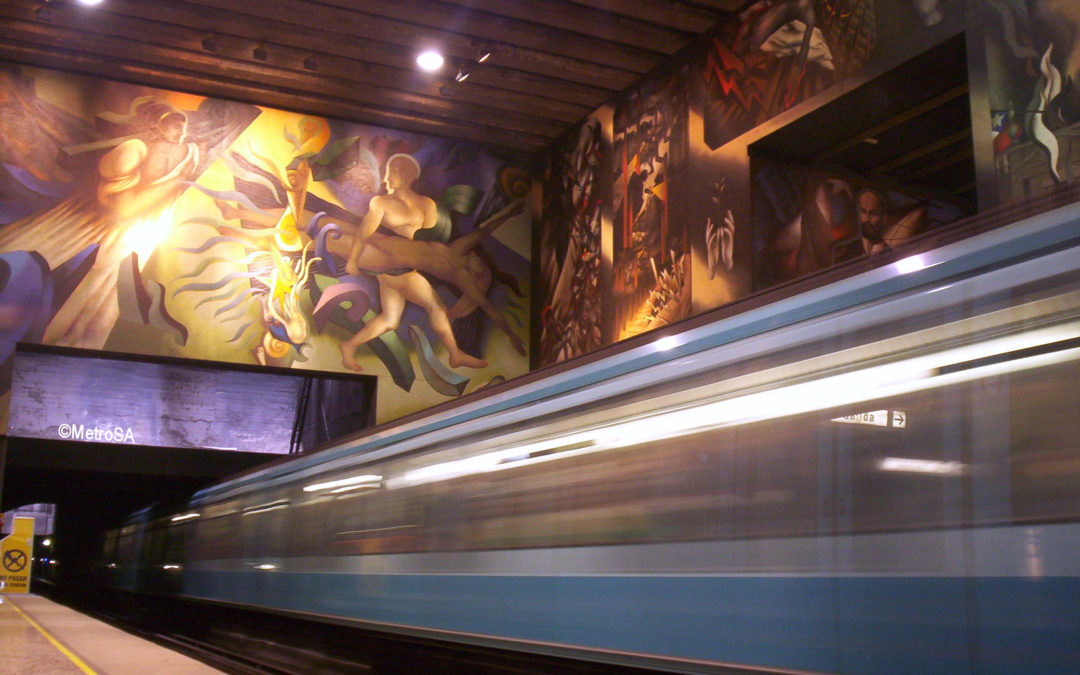 A few years ago, Lonely Planet named the Universidad de Chile metro station in Santiago as one of the as ‘Subway stations worth getting off the train for’. This was largely because of its mural, Visual Memory of a Nation.

Created by Mario Toral, the first part of the mural was completed in 1996, the second in 1999.

Every video I could find showing the mural had Portuguese narration but the time-lapse video below gives you 12-second look at the mural in situ.

As you can see, it shows scenes from some of Chile’s history.

The artist explains that he researched his country’s history for two years before starting the mural. He travelled around the country talking to people about Chile’s past.

HOW TO FIND THE UNIVERSITY METRO STATION