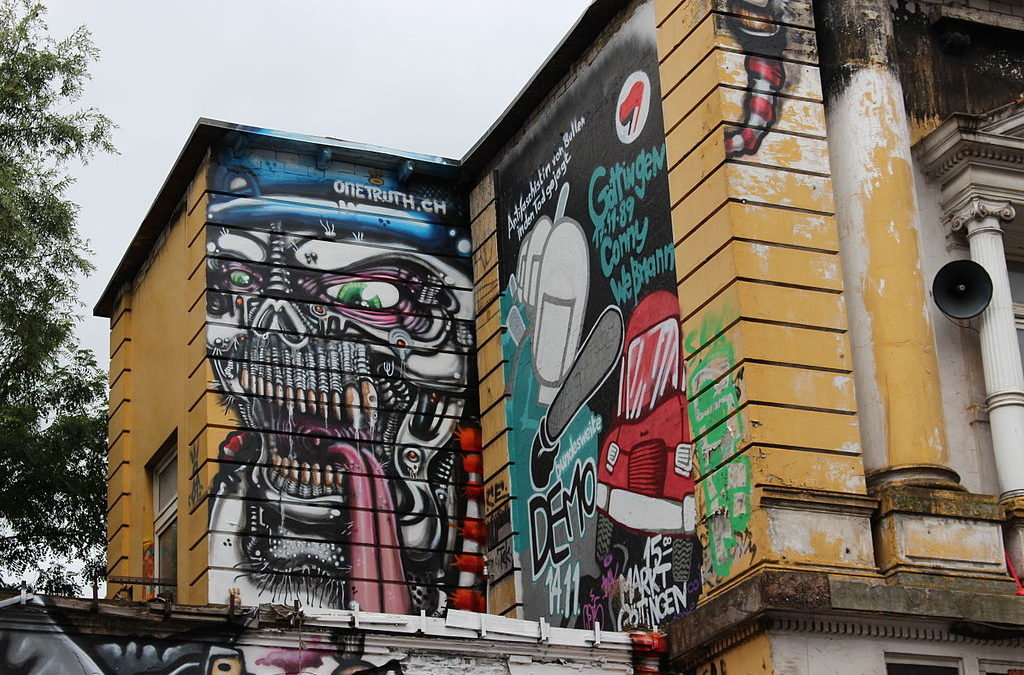 This battered building has a varied history. Built in 1888 it started life as a theatre. It continued in its role until the final couple of years of the Second World War. It was one of the very few theatres in Hamburg that survived Allied bombing unscathed but when its life as a theatre ended in 1943, it found another valuable purpose as a much-needed warehouse and storage facility.

Just a few years later it was renovared and started its second stint as a theatre but it soon went the way of many such businesses in the 1950s and live performances, concerts and revues were replaced by films. Like so many other theatres, the building became a cinema.

One promoter decided that the now-historic building would be ideal for use as a musical theatre but there were objections to his plans. Part of the building was even demolished but the protesters continued in their objection to musical theatre. As these objectors became more violent and determined, the investor decided to abandon his plans.

Although the authorities offered a lease to several of the groups that had been protestings the proposed usage, the lease was then revoked. However, the building had been occupied by that time and that’s how it remained.

And it still is.

The place has been the location of protests and demonstrations ever since. Its history has been turbulent, to say the least. And yet today it is used as an arts and culture centre, hosting exhibitions, concerts and political meetings. Read about its history here and what’s upcoming here.

“We will not tolerate any kind of sexism, racism, anti-Semitism, ableism, homophobia, transphobia, lookism or any kind of boundary-crossing behaviour here.” 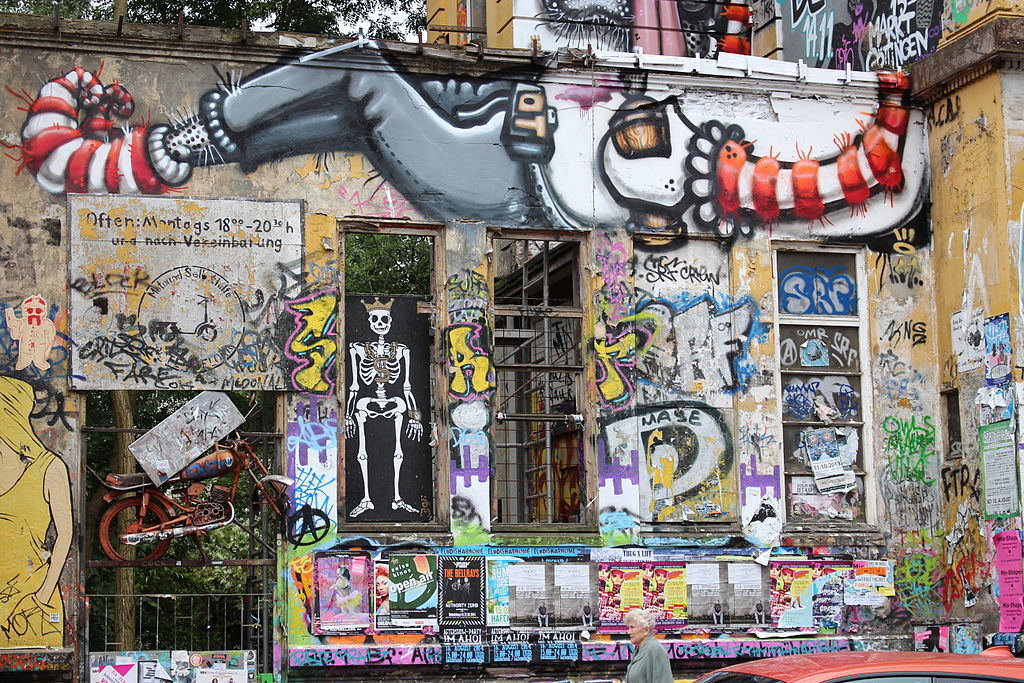 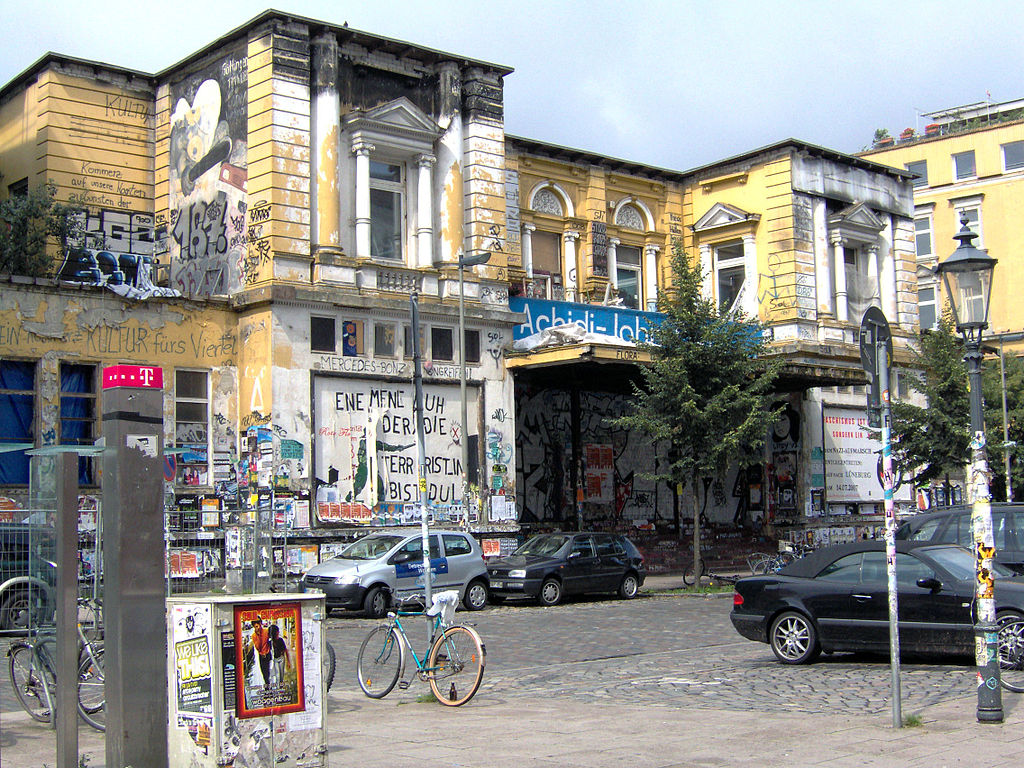 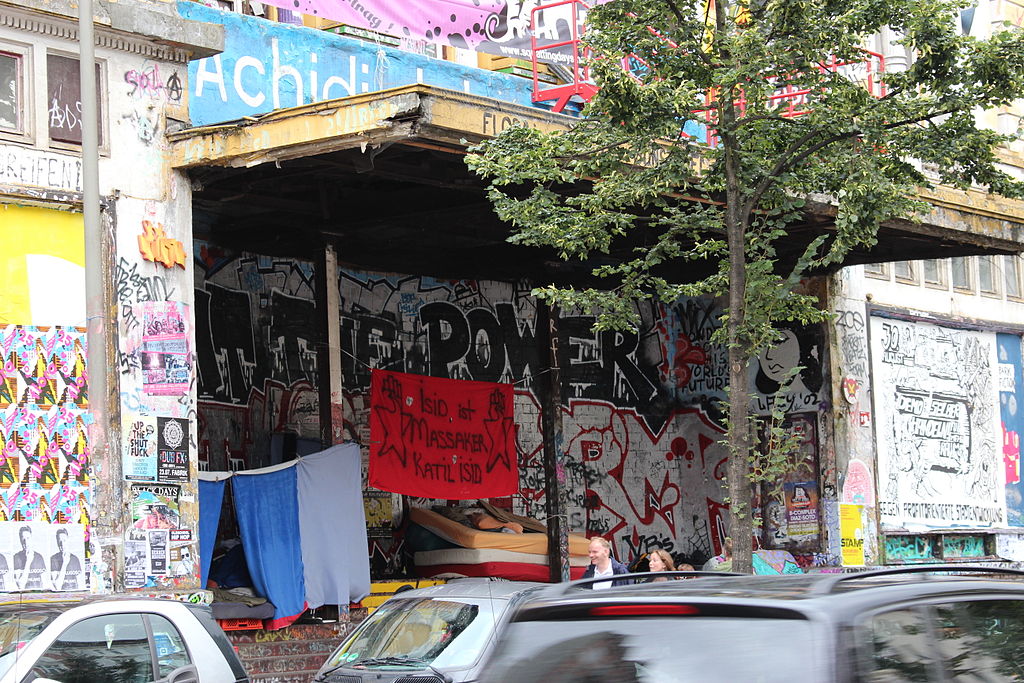 WHERE IS ROTE FLORA?