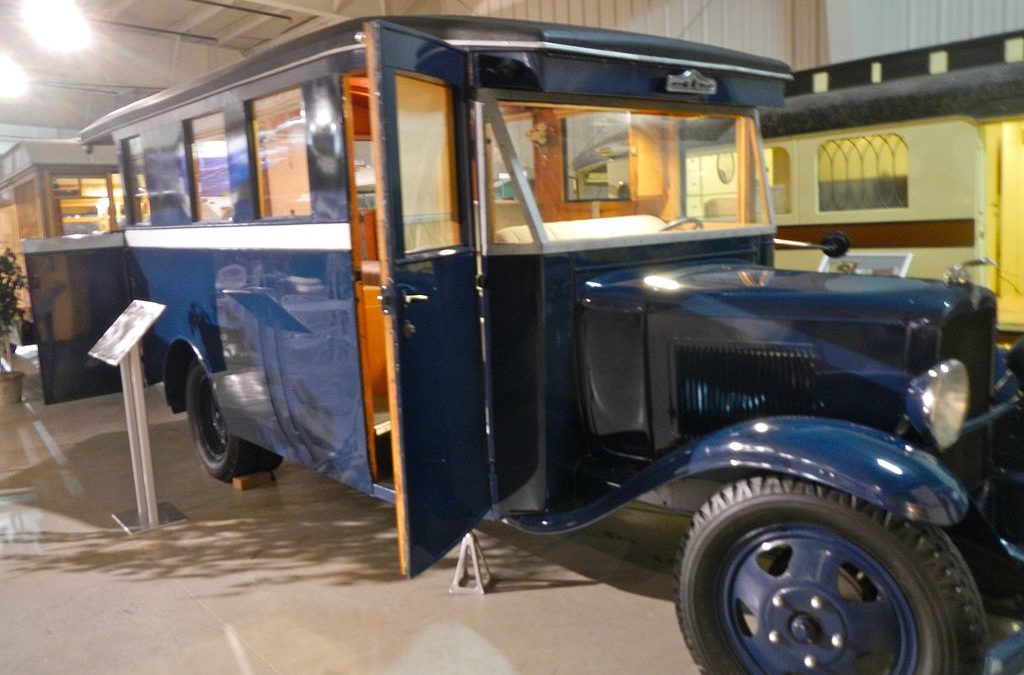 For the very few readers who don’t know, Mae West was a raunchy actress, writer and comedian who was born in Brooklyn in 1893. To try to explain a little about her, the first play she wrote and acted in  – in 1926 – was entitled Sex. She continued to shock throughout her life.

She started her career on the stage in vaudeville but by 1930, the new film industry, based in a then-tiny town called Hollywood, was on the lookout for actors they could transform into movie stars. Who better than Mae? But she took some persuading.

Hollywood offered her plenty of money, of course, and also many extras. One of those was a 1931 Chevrolet Housecar. It’s said that Miss West disliked other forms of travel, particularly flying, so the Paramount Studios enticed her with her own private, chauffeur-driven mode of transport.

This wasn’t just an early version of a limo, it was also a very early example of an RV. Yes, the grandfather of all the Winnebagos and Airstreams that we’ve now grown accustomed to. Today, it seems to be equipped in quite a spartan fashion but in those days it was the height of luxury.

It even has a back porch. Miss West would sit on the porch in a rocking chair so that she could be seen and admired by her fans as she travelled. And you can still see the vehicle today. It is one of the many exhibits in the RV Hall of Fame and Museum in Elkhart, Indiana.

WHERE IS MAE WEST’S HOUSECAR?

JJ is originally from the UK and has lived in South Florida since 1994. She is the founder and editor of JAQUO Magazine. You can connect with her using the social media icons below.
← Airbnb Hosts: Keeping the Loo as Fresh as a Daisy Family Planning: For Your Vacation →