The AVUS Motel and Restaurant: Berlin 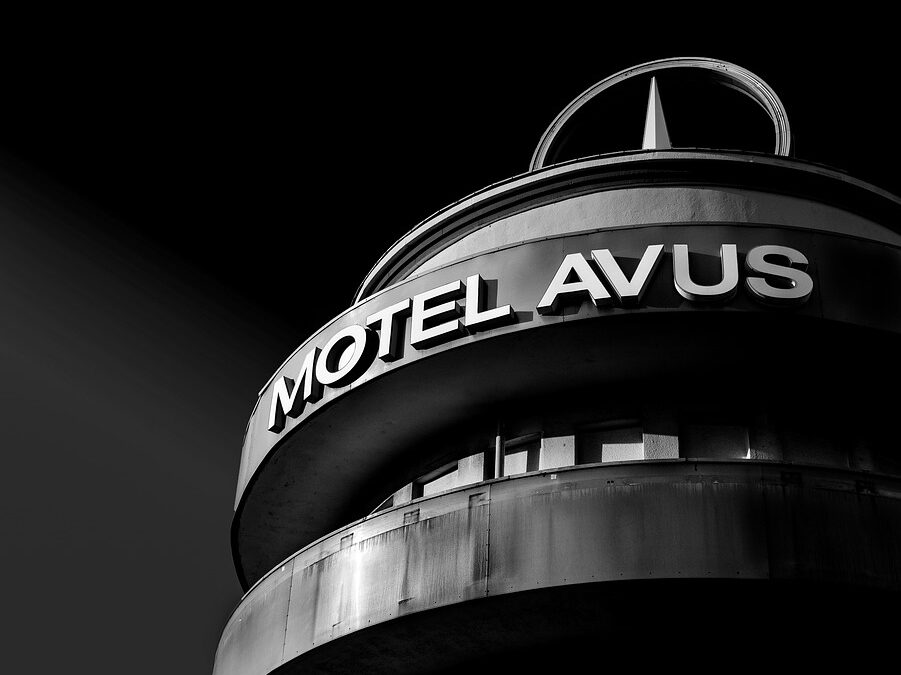 When I first saw a photograph of the building you see above, it went straight to the top of my list. I have to go there one day. The excellent photographer who created the photograph above has made the building look very stylish and elegant – it dates from before the Second World War. 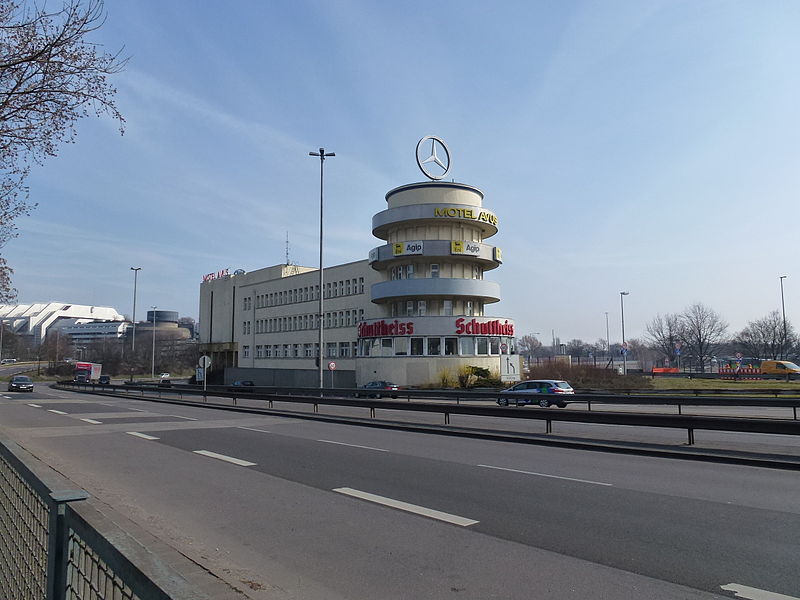 There are probably people who drive past it every day – and that autobahn seems to be pretty busy – and don’t notice the building at all. After all, it’s nothing like the gorgeous black and white shot above.

And if you’re thinking that an old German motel might not exactly be my cup of tea, you’re right. I definitely prefer my accommodations these days to be stylish and, I have to admit it, have a touch of luxury about them. At the other end of the scale, in my younger days, a little roughing it in a tent, old caravan or beaten up motorhome was just fine but somehow not the middle ground. Like a motel, for instance.

Oh, and when I wrote ‘restaurant’ in the title, I think I was being like those people who call McDonald’s’ restaurants’. I believe it’s more of a truck stop.  Or a motorway service station.

So why do I feel that it’s a place I just have to visit?

Well, just see how this building looked in 1937. 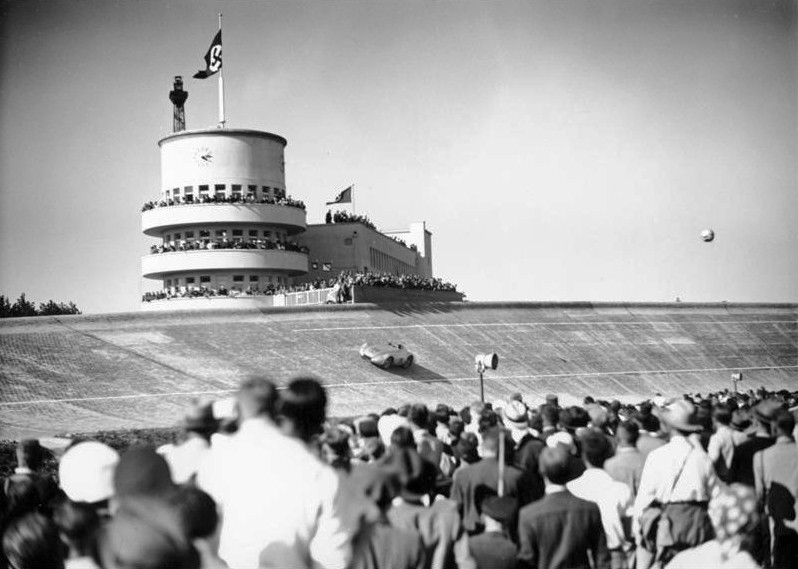 The autodrome was built before the First World War but construction was delayed by the conflict. Known as AVUS, it was officially called the Automobil-Verkehrs und Übungs-Straße. When it opened after the war the circuit was an astonishing 19 kilometres, composed of two parallel straights with a banked curve at each side.

It was unbelievably dangerous. Car and motorbike races used to take place there and the list of fatalities at the circuit is unbelievably sad.

The curved bankings stood at a 43.6° angle. (By comparison, today Daytona is 31°, Indianapolis a mere 11°). The bankings were built up, rather than the circuit being constructed in a ‘bowl’, and it was possible for cars to simply fly off the top – there wasn’t even a guard rail.

Even before racing was halted due to the Second World War, it had been decided that AVUS was simply too dangerous for high-powered cars to race there.

In addition to the motel, there’s another remnant of the AVUS circuit – also right on the autobahn. Some travellers might wonder what on earth it’s doing there… 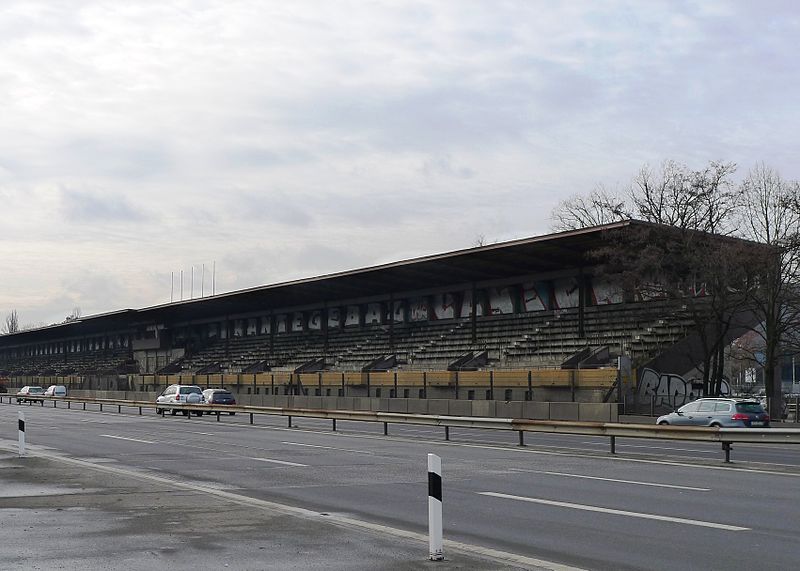 But as we now know, understanding the history of this stretch of road, it’s an original grandstand from the heyday the AVUS circuit. It has status as a historic building. Nevertheless, I’m led to believe that the grandstand has a new (ish) owner and work is already in progress to transform the grandstand into a “glass-walled event venue and bar”.

The renderings for the completed project look great – but what a shame.

Let me give you some idea about just how dangerous the circuit was. Just watch the following video and then watch it again. You might not notice the first time but the driver is thrown clear and walks away unharmed.

That was in 1957 when the circuit was already judged to be far too dangerous for cars with a lot of power. It was used. in its shorter version, for less powerful races such as DTM (German touring cars) and Formula 3.

In fact, Michael Schumacher raced there in F3 in the1989 season.

However, the circuit was still dangerous and the final straw for AVUS came in 1995 when British DTM driver Kieth [sic] Odor was killed there during a race.

← Florence Cathedral: The Way Of The Future? The Olson House, Maine →