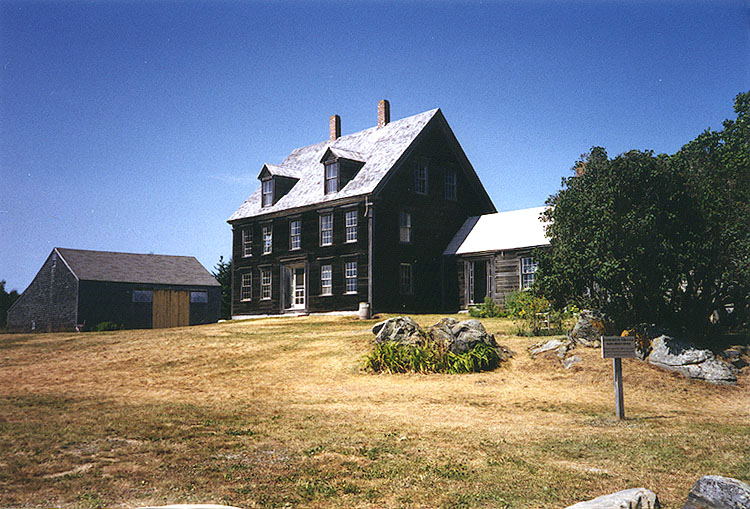 There are certain copyright laws that I tend to abide by so I can’t show you exactly why you might be familiar with this house. So I’ll let the video below do it for me.

I’ve always found the painting to be rather creepy. And when you visit the house (subject to pandemics and so forth) you’ll learn more about the artist and Christina during a guided tour.  Some people don’t realise that Christina was unable to walk, being paralysed from the waist down. Getting around by crawling was easier for her than using a wheelchair.

I think that the fact that we don’t see her face in the painting is rather poignant – we have to decipher who she is and what she’s doing from her body position and any clues we might gather, such as her disheveled hair and her frail arms. We can only imagine the look on her face as she gazes towards her farmhouse.

She lived in the property with her brother. They had been left the farm by their mother. Its location is pretty isolated these days so was even more so when Christina’s World was painted in 1948.

So the painting does accurately reflect Christina’s world. She rarely left the farm and its isolated location meant that there were no neighbours popping in on a regular basis. Christina was unmarried and lived with her younger brother.

TAKE A VIRTUAL TOUR OF THE HOUSE

William Lott was born in this house in 1761. The house was owned by his parents and his siblings were all born in the house too. William lived in the house until his death in 1849.

You've Seen It Before: You Have, You Have!

Wood wasn't one of those artists who love to explain their thought processes when creating a painting. So we don't know much about the story, if any, behind the work. (For instance, his sister and his dentist? Why on earth...?)

WHERE IS THE OLSON HOUSE?