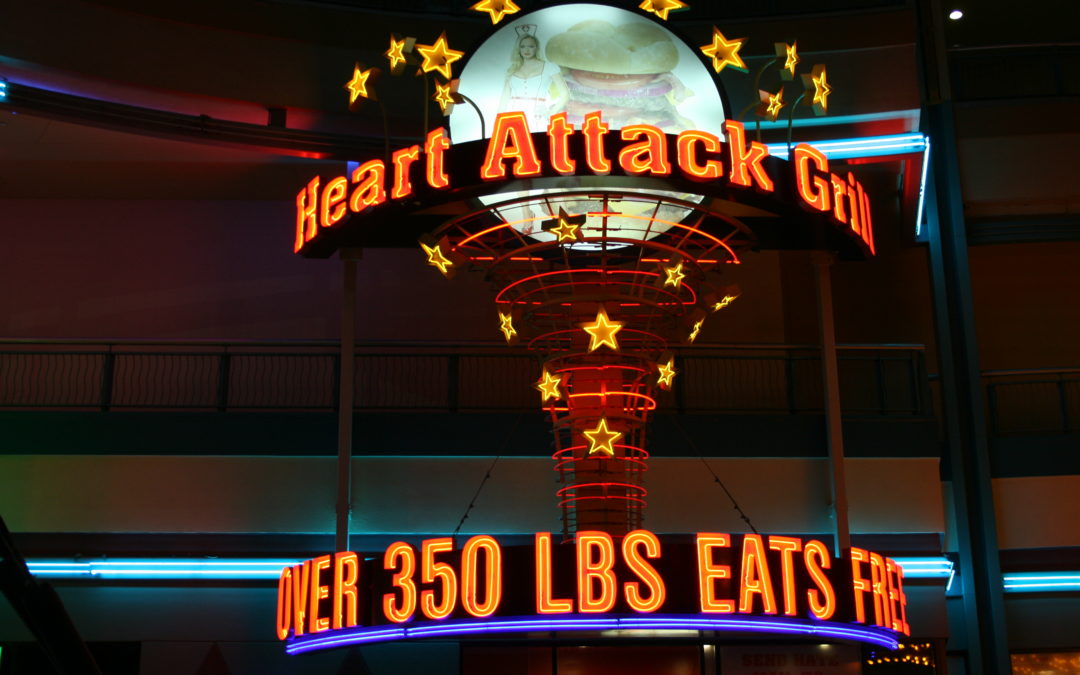 I honestly thought it was a joke. But it turns out that the Heart Attack Grill is real. And it lives up to its name. Its mission, if it can be said to be a mission, is to serve up the sort of food that if eaten on a regular basis would lead to a heart attack. Yes, the very dishes that our doctors recommend us to avoid at all costs.

And yes, if you’re from the other side of the pond feel free to say ‘Only in America’.

I’m sure – without looking up any statistics – that the average American diet has improved a hundredfold since I was a kid. My late mum, a rather large English lady, always said that coming on holiday to Florida made her feel so slim – and she almost was compared to some of the monstrosities wobbling around.

Now though we can’t indulge in fat-shaming and I was probably incredibly politically incorrect in the last paragraph. Nevertheless its okay evidently for the Heart Attack Grill to serve the foods it does. Fat is the new sexy. Well, maybe not, but acceptable anyway.

The outlet is hospital-themed. Waitresses are dressed as nurses. Popular menu item, the Quadruple Bypass Burger has just a few calories short of 10,000.

And … customers have had heart attacks!

Actually, although the thought of the food pretty well appalls me, I do like the humour. Like the sign as you go into the premises that reads:

CASH ONLY. Because you might die before the check clears.

WHERE IS THE HEART ATTACK GRILL