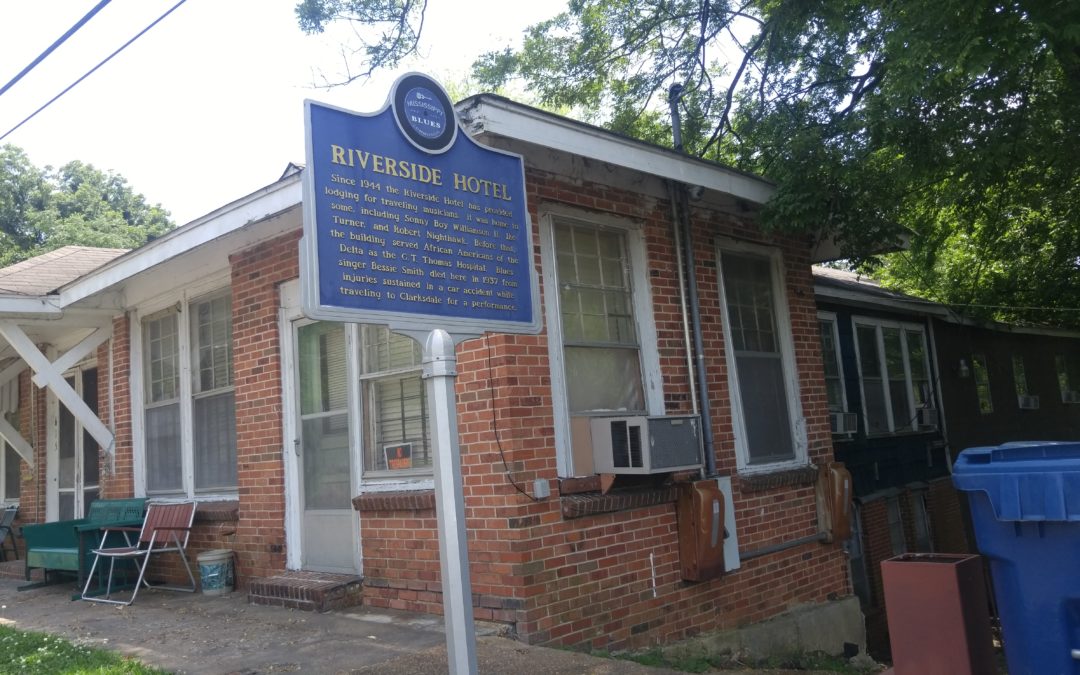 The Riverside isn’t in the least bit swanky or posh. You can tell that from the photograph above. But if you’re an aficionado of the blues then it has to be on your list.

Since the forties it’s been either home or home-from-home for many blues musicians but it started life as the G. T. Thomas Afro-American Hospital. If you know your blues history and that name rings a bell, then I can put you out of your misery. It’s the hospital where Bessie Smith died after her road accident in 1937.

But it was in 1943 that Mrs. Z.L. Ratliff decided that the place should be a hotel. She extended the building to create a total of 20 guest rooms. The hotel has been in her family ever since. Today it is run by her granddaughter.

It was a rarity in those days in those parts – an African-American hotel. Therefore the hotel played host to a large number of travelling musicians – Duke Ellington, Muddy Waters, Howlin’ Wolf, and Sam Cooke … to name just a sample.

The hotel is ‘basic but clean’ and a highlight is meeting Zee (the owner) and her mum. They’ll give you a tour of the place and if it’s blues chat and historical stories that interest you, you’ll find nowhere like it. Live the history.

WHERE IS THE RIVERSIDE HOTEL?