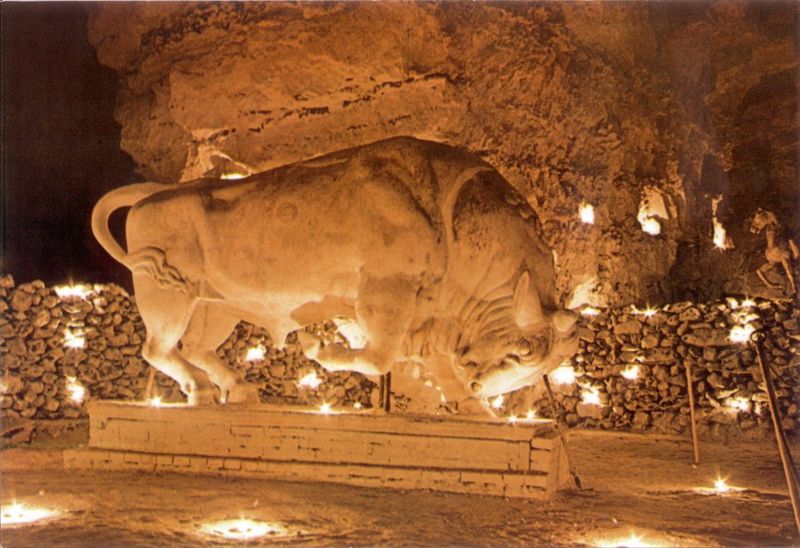 It calls itself ‘Denmark’s Most Distinctive Museum’ and I’m certainly not going to argue with that. It’s been open since 1935 and was the brainchild and creation of Danish artist, Anders Bundgaard.

Originally a limestone mine, the museum is a series of underground caverns, mostly lit by candles. The lighting and the crisp air – the temperature is maintained at about 8C – mean that the atmosphere in the caverns is somewhat mystical and decidedly special. Until 1936, lime was mined from the location.

As well as being a gallery specialising in sculpture, the museum features live music and other events, some especially for children.

In addition, the caves are a haven for, of all creatures, wintering bats. For reasons best known to themselves, bats love to winter in limestone caves, hibernating in cracks and crevices. They arrive at the caves in the late autumn and remain until the spring. There are normally between 500 and 1000 of these special ‘visitors’.

The caves are also the workplace of Denmark’s only professional witch, Dannie Druehyld. (I am not making this up). Dannie holds workshops and events for both children and adults, teaching them about folklore, witchcraft and spells. She also takes visitors on special trips into the surrounding countryside to identify and collect herbs for special herbal cosmetics and medicines.

It’s a fabulous venue for music.

← The Chicago Picasso The Tolkien Trail →