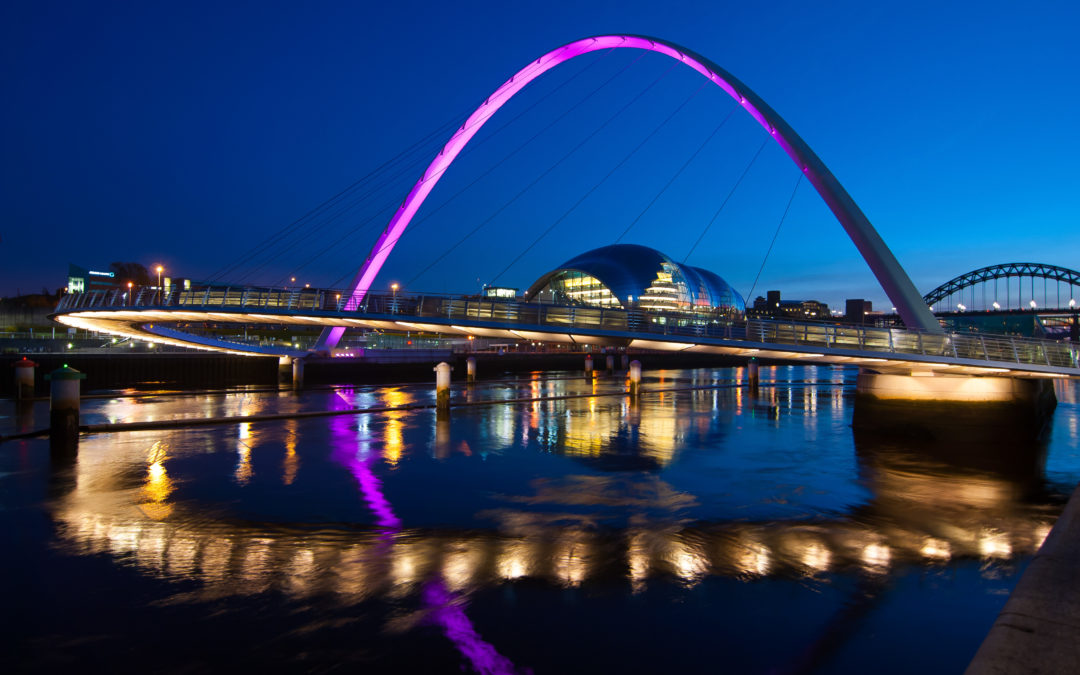 The Gateshead Millenium Bridge is an amazing sight when stationary but once it moves – to allow river traffic to pass under it – it’s quite astonishing.

You can see how it does so in the time-lapse video below.

In many places in the world moving bridges solve the problem of how to get people from one side of the river to the other without stopping water traffic from getting through. The more common answer to the question is a drawbridge.

The GateheadBridge though, designed by architectural firm WilkinsonEyre, is known (understandably, as a tilt bridge and watching it move is part of the pleasure of seeing the bridge in situ. The bridge carries pedestrian and cyclists only.

It takes under five minutes for the bridge to be converted; it seems almost like an eye that’s winking.

Vessels can book in advance if they require the bridge to tilt and it can be arranged to open at any time, night or day, all year round. Between May and September it has a scheduled tilt at noon every day.

Since its opening in 2001 it has appeared on pound coins and on postage stamps.

And here’s an interesting fact for you. It’s self-tidying. When the bridge tilts and debris and litter that has been dropped onto the bridge rolls into special litter traps at both sides of the bridge when it opens. 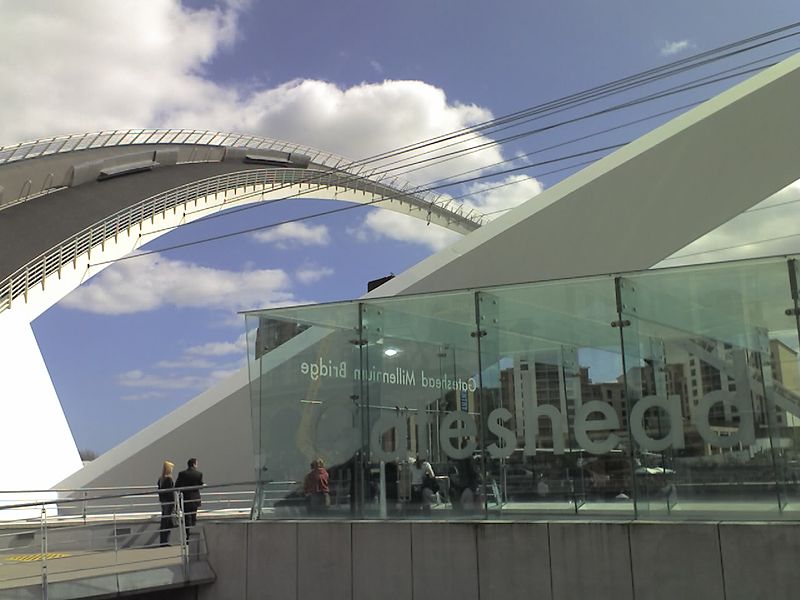 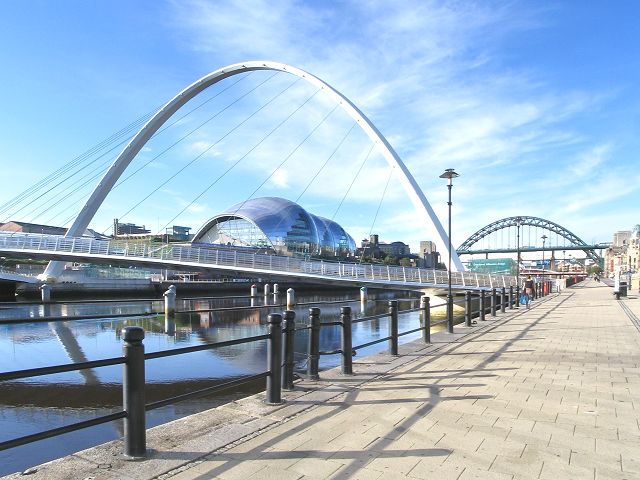 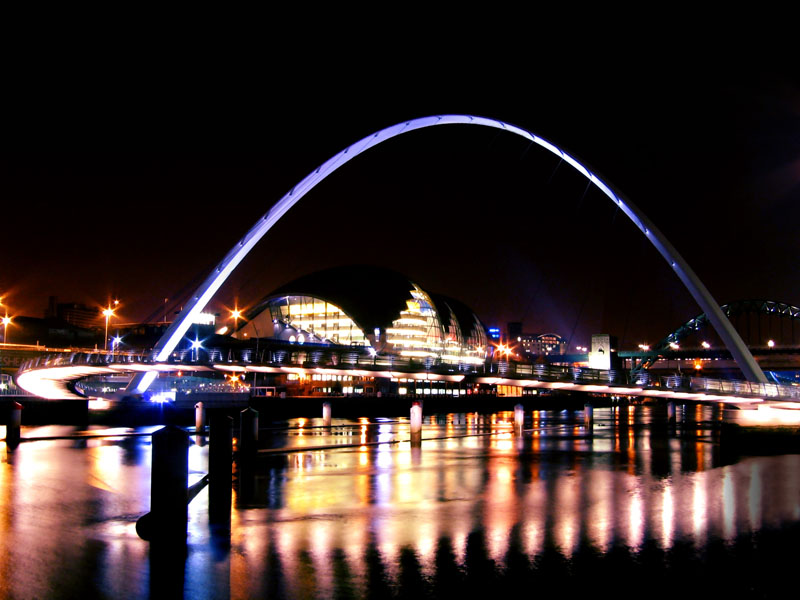 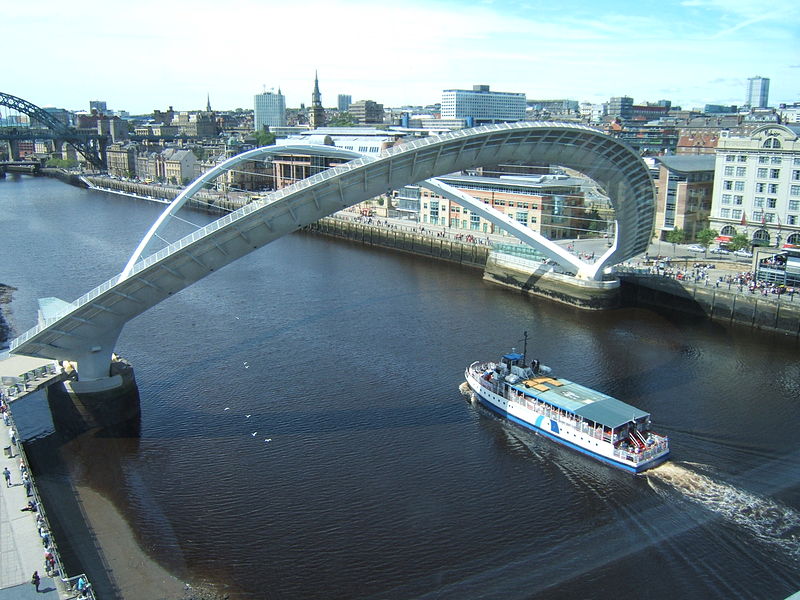