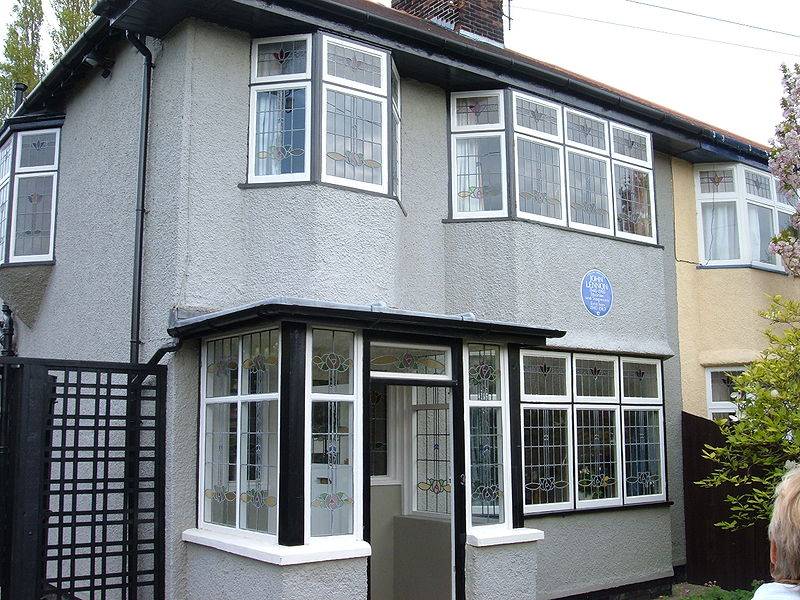 Back in those days, no-one ever thought that this ordinary suburban semi-detached house on the outskirts of Liverpool would one day become a museum. Some would even call it a shrine.

One of the strangest musical phenomena in living memory was that of The Beatles, a group from Liverpool. These four young men took the world by storm in the 1960s and their music is still known today.

The two members who wrote prolifically were Paul McCartney (still alive at time of writing) and John Lennon who was murdered in New York in 1840 when he was forty years old.

The group gave a strong impression, thanks to their attitude toward life and enhanced by their broad Liverpool accents, that they were true working class lads. For three of them, this was the case. But although John Lennon fostered the impression of himself as a ‘working class hero’ the truth was very different.

The house you see in the photograph looks rather small and insignificant by our standards today but when it was built in the 1930s, and when it was the childhood and teenage home of John Lennon, it was regarded as a smart middle-class home in a pretty posh suburb. unlike the other Beatles members, Lennon’s family owned their own home – which even included a garden. – the height of sophistication and modest wealth.

Lennon lived in the house from when he was a small boy until the early days of Beatles fame. He lived there with his aunt and uncle. By this century, it had passed through various hands and Lennon’s widow, Yoko Ono, bought the property and donated it to the National Trust so that it could be protected as a memorial to John. It has now been returned to the 1950s furnishings that Lennon would have recognised.

FIND OUT ABOUT LIVERPOOL BEATLES TOURS