Some years ago, if I was asked to describe Blackpool kindly, the best word I would be able to come up with would have been kitsch. Blackpool is a seaside town in the North of England that became a popular northern holiday-making destination in the mid-nineteenth century due to the advent of the railways.

It meant that holidaymakers from the industrial northern towns could escape from their mills and factories (if only for a day or weekend) and enjoy bracing sea air.

It soon developed into a bustling tourist resort offering low-cost pleasures such as piers, fortune tellers, fish & chip shops, a promenade and of course, plenty of pubs. It even boasted (and still does) its own version of the Eiffel Tower (yes, a little tacky) and a  seafront tram service so that people could get around cheaply.

But by the 1950s the area had lost favour with British holidaymakers who started making full use of cheap flights to Majorca, Ibiza and the Costa Brava.

In an effort to extend the season – Blackpool can be pretty chilly once autumn arrives – the town began the tradition of the Blackpool Illumination. This is a spectacle where tends of thousands of coloured lights decorate the sea front. This was in the days when Queen Victoria was on the throne.

When I was a kid, it was a northern tradition to go to Blackpool to see the light’ which now illuminate six miles of the coast road. But as time went on, the illuminations became simply too tacky for many tastes.

But in recent years the lights have been reinvented. They now include what is referred to as Lightpool which includes art installations and projections such as the one you see in the video below.

Now, the Blackpool Illuminations are described as ‘the greatest free light show on earth’ and bring in an estimated £200 million to the local economy. You can find out more about Lightpool here.

Find out more about tours to Blackpool here. 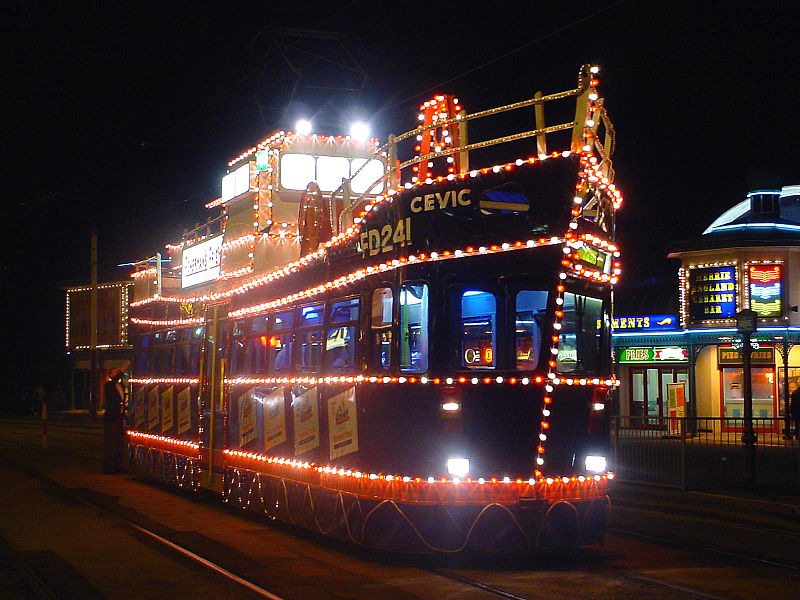