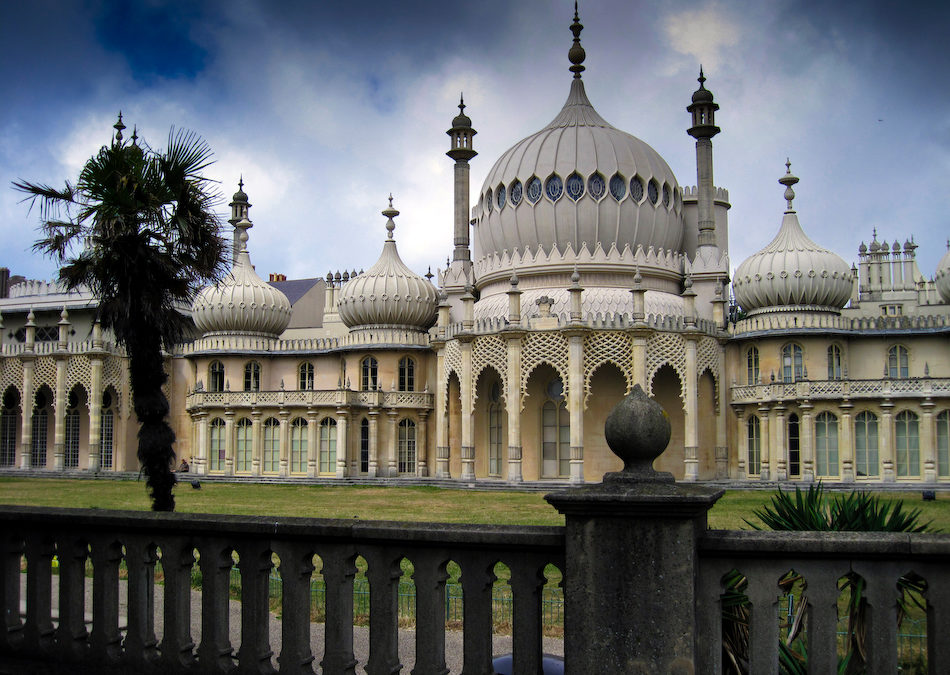 England abounds with eccentrics – people and buildings. And the Royal Pavillion at Brighton is so much a part of English culture that it’s only when I take a step back, and see it as a foreigner would, that I realise just how bizarre it is.

Let’s face it, many people, when shown the photograph above would think that they were looking at the Taj Mahal – or at least some building of importance in Mumbai. But no, it’s an historic building located in a British seaside resort.

In Georgian times, Brighton became a fashionable resort and the Prince Regent, later King George IV, was a regular visitor and largely responsible for the Royal Pavillion – which took many years to complete. Work began in 1787 and the pavillion was still being extended further in 1815 – for the next seven years.

Brighton – and the pavillion – were seen as places for sheer enjoyment.  And that is also true of Brighton today. For instance, I just read that Brighton has over 400 restaurants! There are festivals, fairs and events throughout the year.

It’s also considered to be the gay capital of England and couples (gay or straight) can get married in the bizarre but beautiful surroundings of the Royal Pavillion.

WHERE TO STAY IN BRIGHTON

See the map below. Brighton is only about an hour away from London by train.