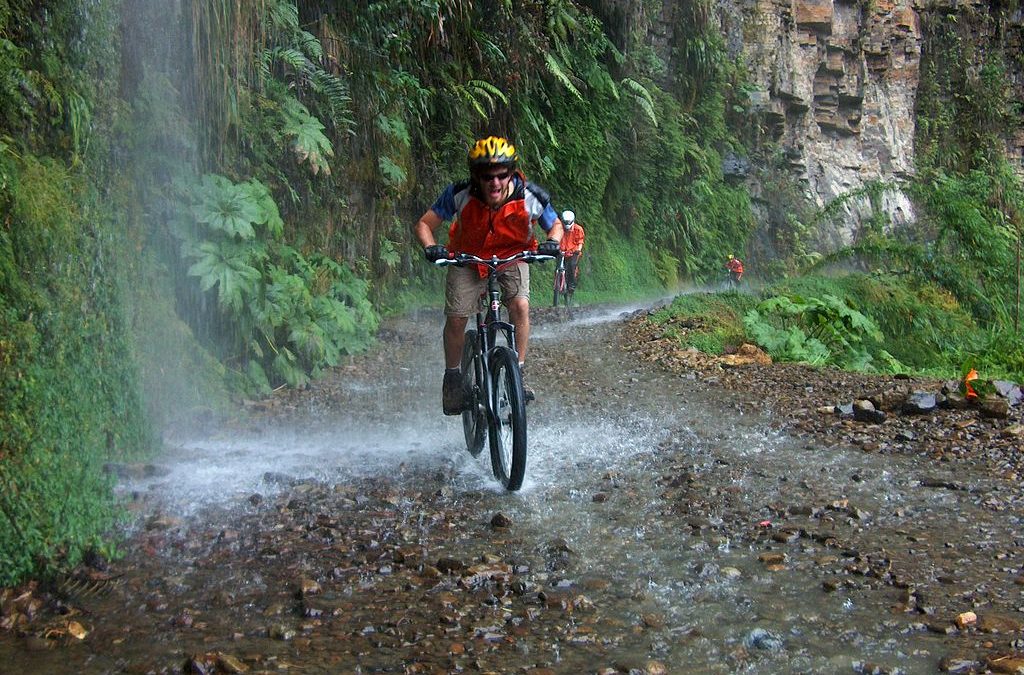 There’s a good reason why the Yungas Road in Bolivia is known as the ‘world’s most dangerous road’. I agree it doesn’t look it in the photograph above so how about this one…

That gives you a better idea. Pretty scary stuff.

The top photograph shows a cyclist on the road because these days, that’s the only way you’re going to be able to travel along it.

Yes, it is still open to all traffic – now it is severely limited – but it’s estimated that until the new road took its place on the route, there were up to 300 deaths per year. And looking at the road, it’s hardly surprising.

In many places, the road is only one lane wide. It’s rough with stones and rubble strewn across its width. The sheer drop at one side is countered by the steep cliff on the other. The weather is often perilous. Because the road is still open to the general public, cyclists have every likelihood of meeting a car or huge truck coming the other way.

The road was built in the 1930s. At that time Bolivia was at war with neighbouring Paraguay and the labourers were prisoners of war. It can only be estimated how many of these labourers died or were severely injured during the construction. Its nickname, of course, is ‘The Death Road’.

Riders are reminded of this as along the way they see crosses and memorials. Plus, scenes like these of course… 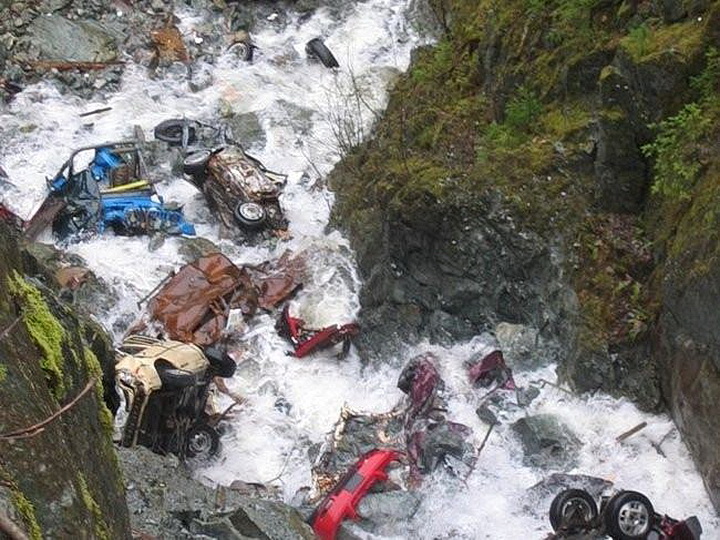 Although I’m generally up for a fair amount of dare-devilry, you’d be bonkers to attempt crossing Death Road without being in an organised group, with immaculately maintained equipment, superior guides and a full back up vehicle in case of emergencies.

Gravity Bolivia is the most established company to offer this service and you can read reviews here. Check out the video below, too. 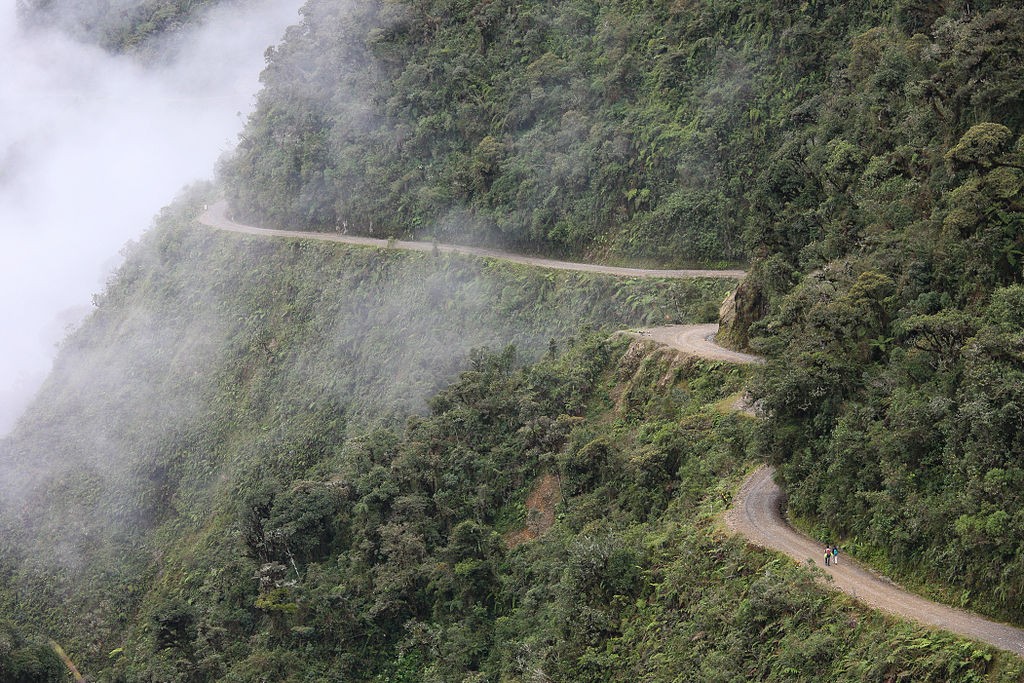 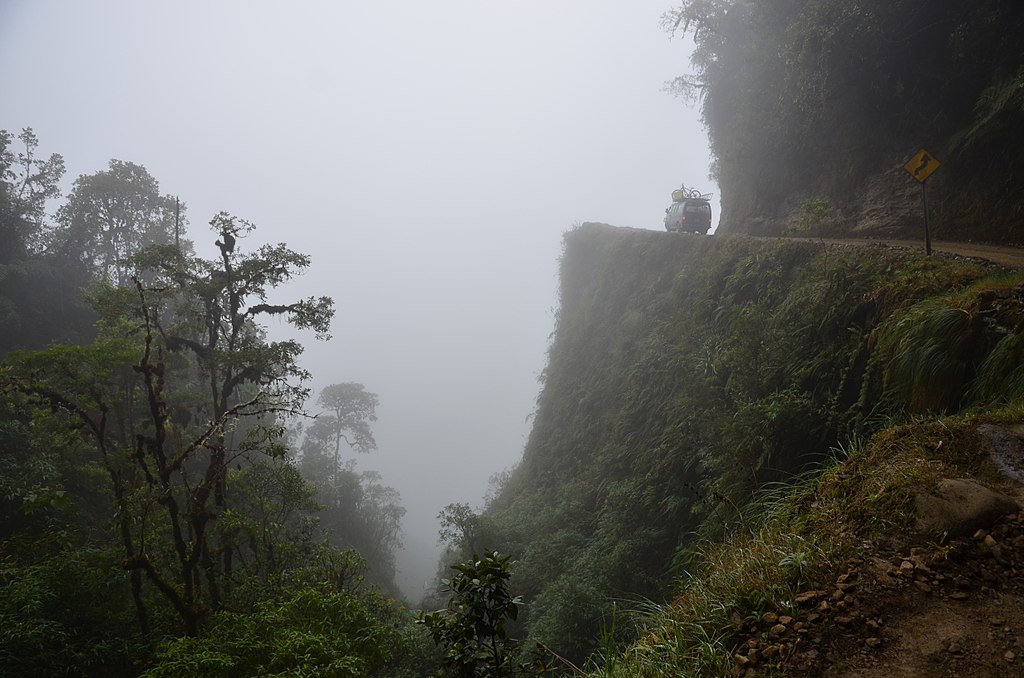 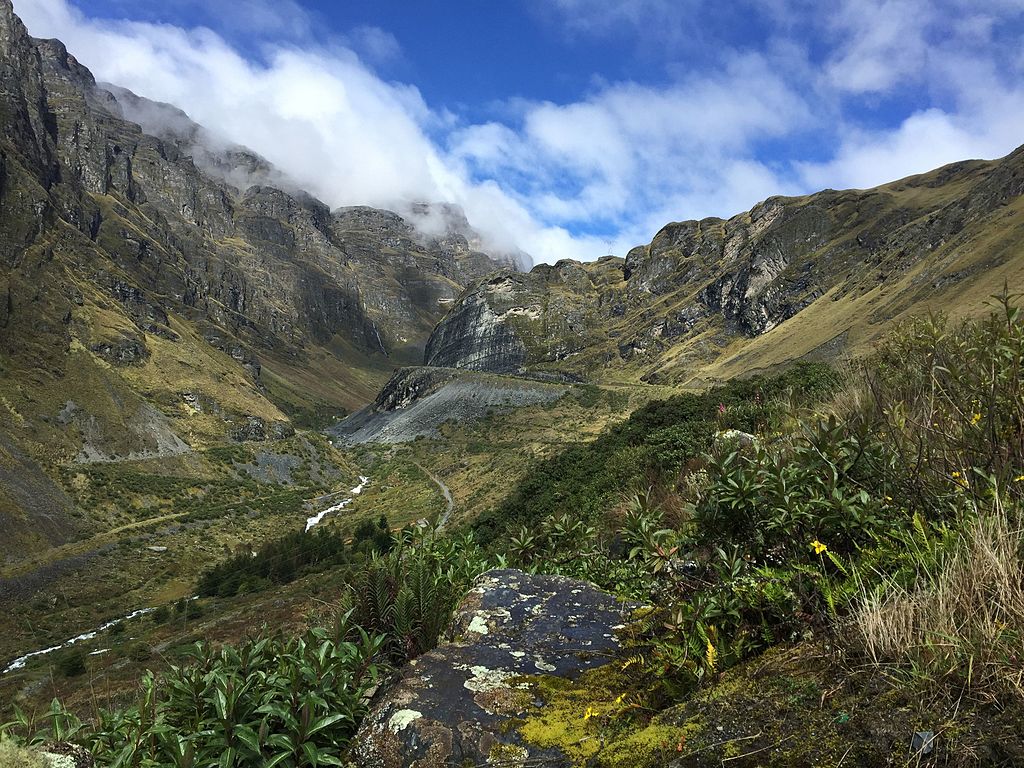 Where is the Yungas Road?