Understandably, this tiny town in western Spain is often voted one of the world’s most attractive – if not beautiful – places. It features almost fairytale-like architecture and is located in the Las Batuecas National Park in the Sierra de Francia mountains of Salamanca. (See the map below).

Because of its tiny population – just over 300 at time of writing – it’s almost like visiting a ghost town. It’s a sleepy little place but check out the photographs and the video below and notice what it is that makes Mogarraz different … and, to be honest, somewhat creepy. 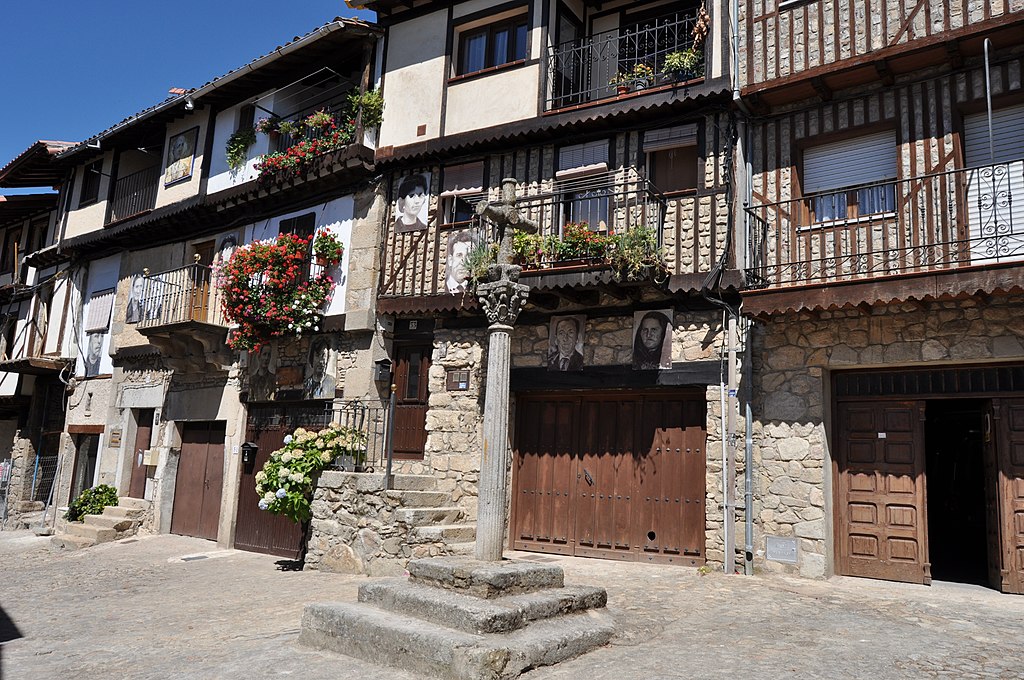 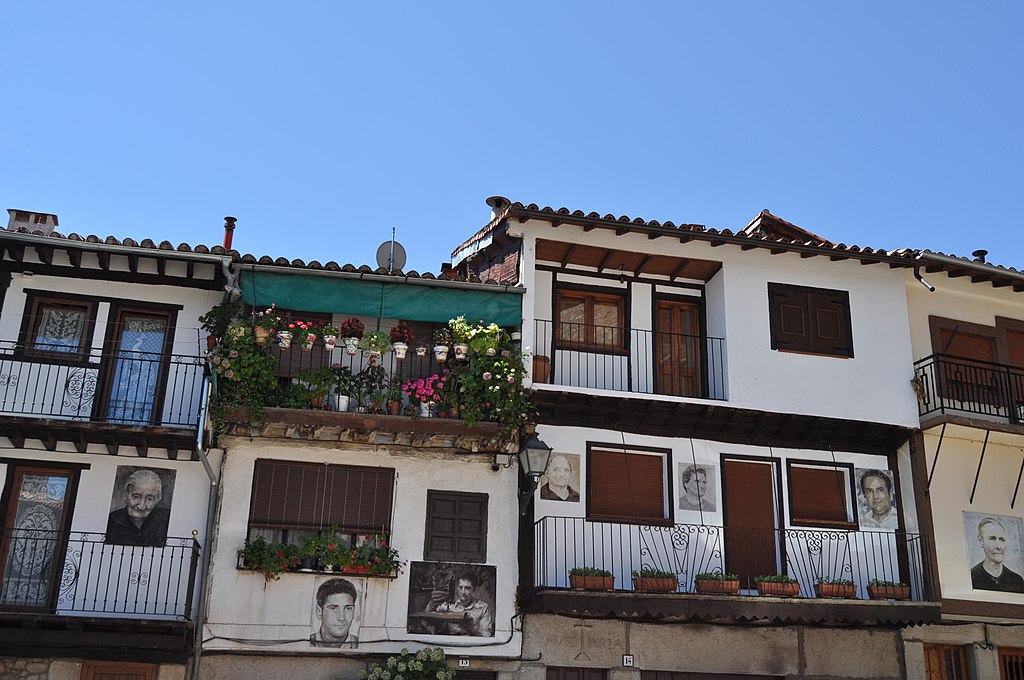 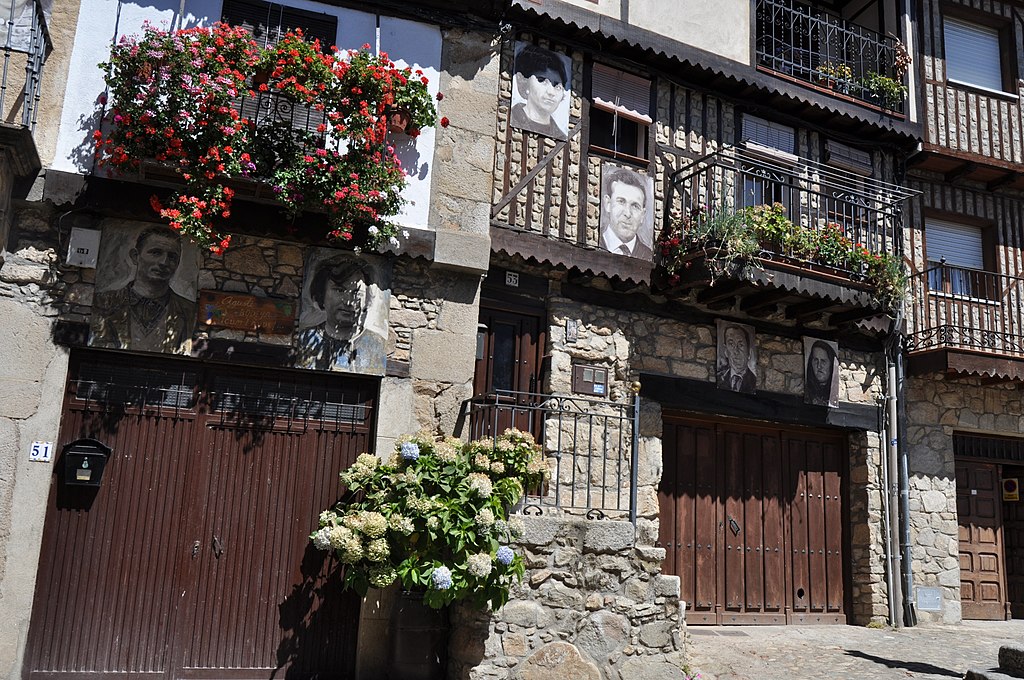 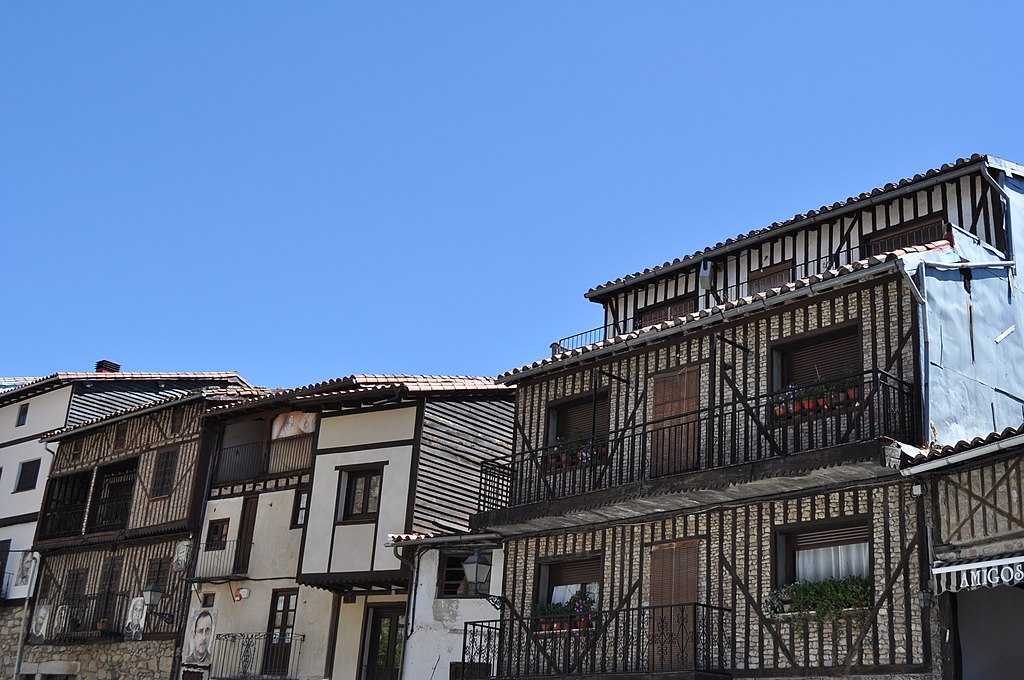 Innocently gazing down at you from the walls of the buildings are (I’m told) 388 portraits. These are people who live in the tiny town or – in some cases – ex-residents who have long since left the place or died. Yes, Mogarraz is like an open air art gallery featuring portraits of real local people.

How did this come about?

In the mid-sixties, the village was dying. The economic situation was grim for tiny rural towns. Some residents, realising this, decided to leave the area to find work. In some cases, they even thought that leaving Spain altogether was a more valid option than staying in an impoverished country.
This meant that for the first time in their lives, these people would need some form of picture ID.

A local photographer obliged but later, well-known local artist Florencio Maíllo rescued the photographs and elaborated on this making the small town into an open-air gallery of human faces. In some cases, families have been ‘reunited by his work. The local press reported:

The husband of Juana Criado, who died a short time ago, and who by express of his widow already occupies a place of honor on the facade of the house. “He asked me to paint them both to be together again,” says Maíllo.

Florencio Maíllo was only five years old when the photographs were taken. But years later, he was contacted by the photographer – a retired soldier who lived in the town.

The photographer gave the artist the negatives of the photographs and Maillo describes how the hair stood up on the back of his neck. As a local from the town, he remembered so many of those people.