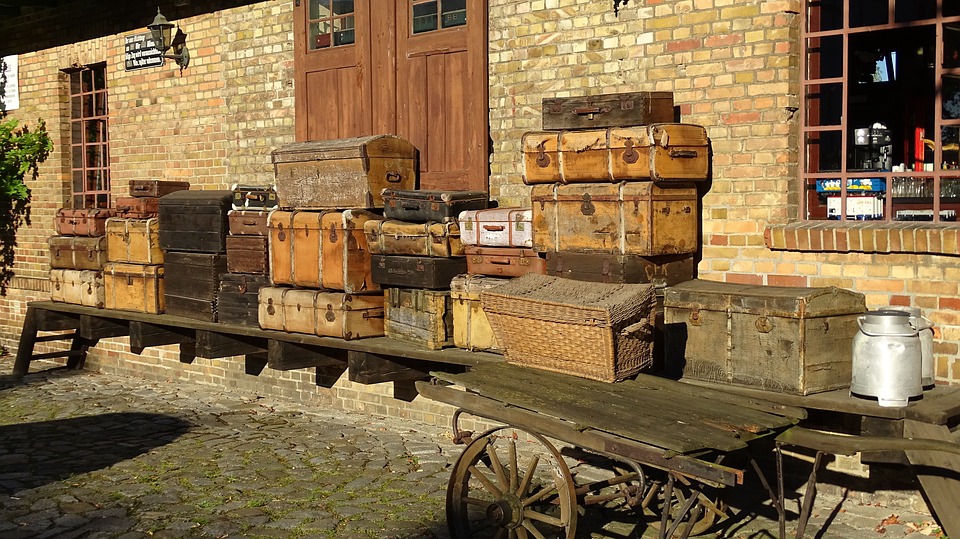 There are many articles about Airbnb on this site and the company is often described as being ‘the disrupters of the travel industry’. However, despite the articles about Airbnb here, this is not one of them. The major shake-up in the history of the hospitality world was in the first half of the last century.

Until that time, if you were looking for accommodation away from home, you’d find grand (read expensive) hotels in major cities, small independent motels, country inns or mom-and-pop bed and breakfast establishments. The hospitality industry was nothing new – you’ll remember the 2,000+-year-old story about the couple who found that there was ‘no room at the inn’…

But in the twentieth century, this began to change. A  man named Conrad Hilton started buying up hotels in the 1920s. Later in the century, Kemmon Wilson, another American, was dissatisfied with the accommodations he and his family found when travelling so decided to found a chain of motels which were all identical to each other. Predictability was considered to be a good thing. A couple of years later, a Mr. Marriott entered the hospitality business too – creating cookie-cutter hotels throughout America.

Thanks to these three gentlemen we now have, respectively, The Holiday Inn, the Hilton and Marriott hotel chains. Other similar hoteliers followed in their wake.

The time was ripe. During the middle of the century in the USA interstates were being constructed to facilitate easier travel Automobiles were increasing in numbers and gasoline was cheap. Air travel was becoming accessible to more people. GIs had returned from the war with a taste for travel and a need to enjoy themselves. During this economic boom, the new hotel chains flourished.

That’s the time when the traditional hospitality industry had its severest disruption. The population flocked to these new hotel chains because they were predictable; they made the guests feel secure during this new and exciting phase of the tourist.

Fast forward: Airbnb had not yet started when Craigslist became the place to advertise vacation rentals. Shortly after that VRBO started operations. The internet was beginning to make its mark on the hospitality business. But we need to remember that for many, many years homeowners had been renting out their vacation properties, their villas – but the difference now was that they were online.

The next disruption to the traditional hospitality business was also internet based – the OTA; online travel agencies. These are sites such as Expedia, Orbitz, Priceline and so on. They had the advantage of capturing the consumers’ email addresses so that these people became ‘their’ customers. And they find the lowest prices.

Hotels resisted at first but after the events of 9/11, when few people were travelling, hotels began to see the value in using these services.

Then along came Airbnb….

It’s hardly surprising that today’s travellers are looking for more than the cookie-cutter, no-surprises experience that the major hotel chains offer. Once you were in a Holiday Inn in, for example, Marachech, your room would be much the same as it would be if you were in Cincinnati, Paris or Miami. Airbnb recognised that today’s travellers wanted a more authentic experience.

Today we can travel anywhere (virtually) thanks to the TV, podcasts, YouTube and so on. Today, we want to experience the local culture. We no longer want to be in a Madrid hotel that’s the same as the one in Columbus, Ohio.

In the years since Conrad Hilton started buying up hotels with a view to creating a chain, the world has changed. Industries have changed, people have changed. One of the major changes must surely be the internet. One hundred years ago, people would have found it hard to imagine life today.

They would find it unbelievable that we can do our banking from our phones (and that our phones are mobile and fit into our pockets), that we could take part in online auctions, that we can make just about any purchase we wish without going out of the house. We can order our groceries when we’re sitting on the beach. We can book accommodation in Cape Town instantly while sitting in a traffic jam in New York.

Airbnb has not been the major disrupter of the hospitality industry that many people, mostly journalists, claim that it has. It’s merely a company that offers a service that the public wants.