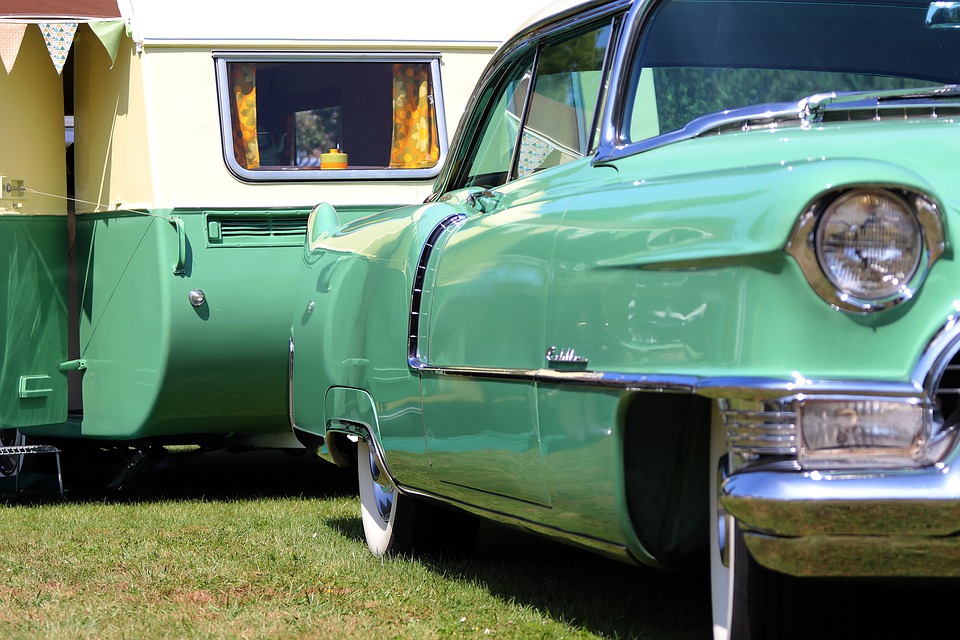 Now, Jeremy Clarkson and I have very different views on one certain subject.His views have been widely aired on TV and in print and mine, sadly, haven’t. On this particular subject though, Jeremy and I – were we to meet in a cosy pub somewhere for a chat – would definitely argue.

That subject is … caravans*.

And Mr Clarkson hates them because the slow-moving caravans being towed on the roads, especially in the summer months, clog up the roads prevent us from razzing as we’d like to. And I agree on that point. Fair enough. I’m in agreement here.

But the habit of destroying caravans on the telly and decrying all caravans as useless, horrible things just won’t work, sorry.

Now I’ll grant you that a great many caravans these days are remarkably ugly. Motorhomes can be even worse. (What is it with all that decal-mania? Who on earth would want a vehicle with swirls all over the sides?) But they can also be a things of beauty, especially those from times gone by.

The Erwin Hymer Company in Germany manufacturers both caravans and motorhomes. And if I told you that the company has a museum dedicated to the caravan, you’d probably imagine that it featured their own products, right?

It doesn’t though. And the museum is housed in the most wonderful building and even has exhibits on the ‘road’ that swoops up in the building.

That is going to be totally beyond me to describe so take a look at the video below.

* Although if you’re in the States, you’ll probably call them ‘travel trailers’ or something similar…

← Do You Run Your Airbnb Business Using Your Phone? Todra Gorge, Morocco →