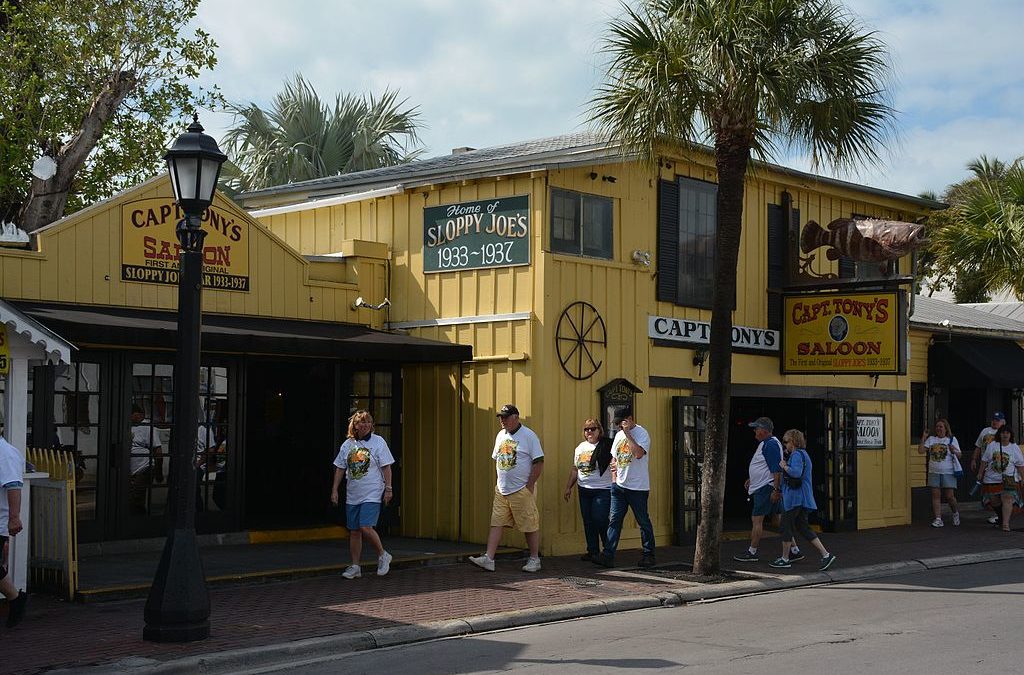 For me, it has long been a tradition to have at least one shot of Jim Beam in Sloppy Joe’s in Key West whenever I’m in the town. But equally essential is a drink in Captain Tony’s Saloon just across the road. Many people visit Sloppy Joe’s because ‘it was where Ernest Hemingway used to drink’ but in fact, it was not. Well, it sort of was…

Yes, Hemingway was a regular at Sloppy Joe’s but not the bar that visitors crowd to today. Captain Tony’s was the original Sloppy Joe’s and in fact, it’s there that Hemingway used to carouse during his time living in Key West.

Captain Tony’s started life as a mortuary. It was built in the 1850s and also doubled up as an ice house. In its chequered career, the building has also been a brothel, a cigar factory and also housed several speakeasies during the days of prohibition. Key West, indeed South Florida as a whole, never took prohibition in the slightest bit seriously.

After all, the then British-owned Bahamanian islands are only a short boat trip away for the thirsty South Floridians of the day and the British have never been anything other than keen on boozing.

But by the 1930s the place had opened up as a bar called Sloppy Joe’s (after its namesake in Cuba) and this is the place that Hemingway frequented until 1938. Why happened then?

Well, the owner of the building decided to raise the rent for the bar and, typical of the Key West mentality. the staff and customers simply removed everything from the bar and set up in a building on Duval Street where Sloppy Joe’s remains to this day.

The original bar had an uncertain future until the 1950s when it was made into a successful bar by Captain Tony Tarracino who operated local charter boats. He named the bar after himself and that is the bar that exists today.

Neither place can be described as even remotely posh but if you’re visiting Key West, they are an essential part of your visit. And if you’re looking for the place where Hemingway really used to drink, don’t miss Captain Tony’s.

JJ is originally from the UK and has lived in South Florida since 1994. She is the founder and editor of JAQUO Magazine. You can connect with her using the social media icons below.
← Selina's Hostel, Bocas del Toro, Panama Kasbah du Toubkal, Morocco →