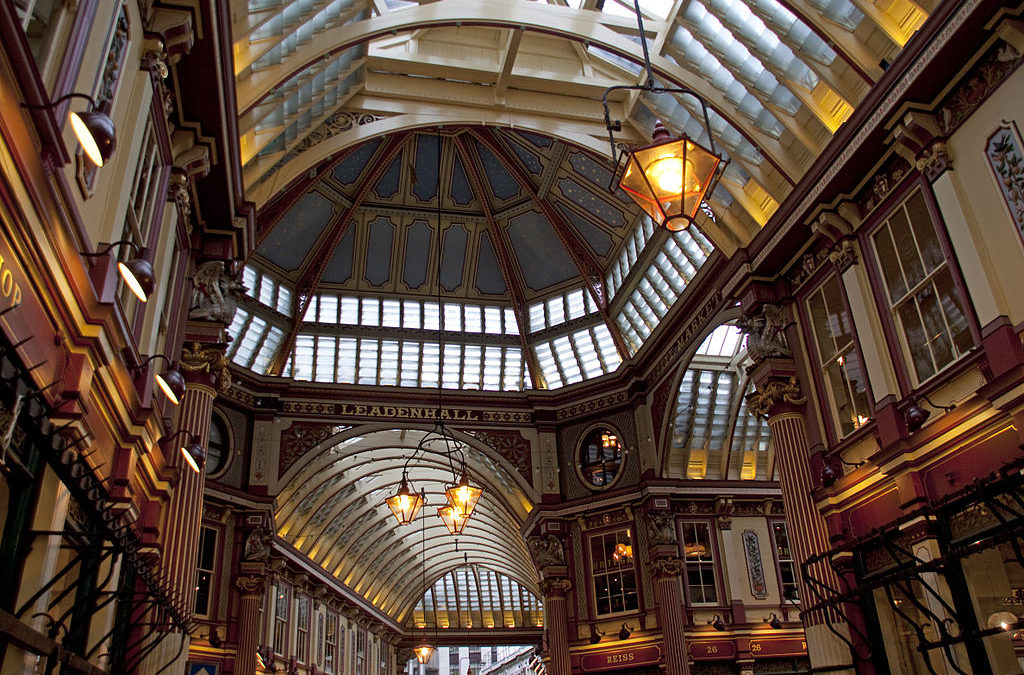 The location scouts looking for fantastic places to make part of the Harry Potter films probably were delighted to find Leadenhall Market. It was featured quite a few times in the movie series – just take a look at the photographs and the video below and you can see why.

It’s one of the oldest markets in the capital city although the glorious architecture that you see today was mostly created in Victorian times. Those days were an unusual time. We often imagine the Victorian days to be synonymous with prudery and ‘we are not amused’ but that’s actually far from the truth.

However, there’s no doubt that the Victorian era was a magnificent one when it came to grand ornamentation.

The canopied Leatherhall Market is a perfect example of the Victorian excellence in structural engineering and their obsession with elaborate decoration.

Visiting Harry Potter fans may easily recognise some of the sights when looking around the market. Understandably, it’s been used in other films and television productions too as well as music videos.

The shopping here is terrific and it’s a good idea to consider spending the day here. There are plenty of places to eat – from posh fine dining establishments to down-to-earth pubs and family-friendly budget options.

All the stores have their own individual opening hours of course, but the public areas of the market are open twenty-four hours a day seven days a week so that you can wander and admire at your leisure.

There are regular events to enjoy too. SEE MORE AT THE WEBSITE. 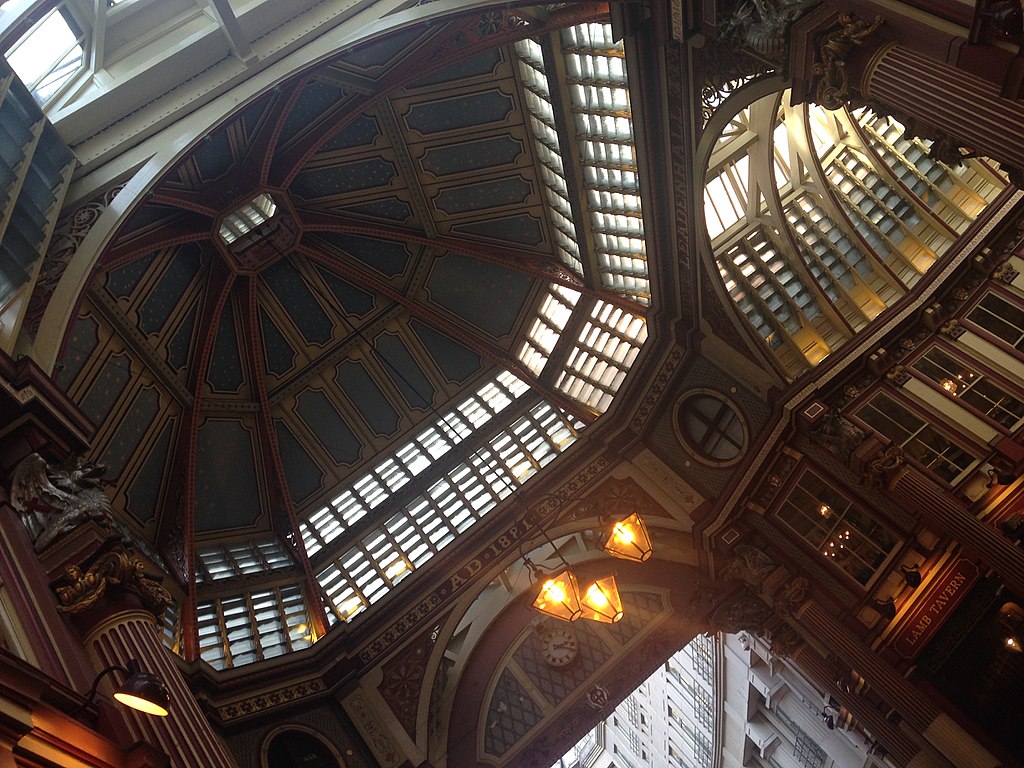 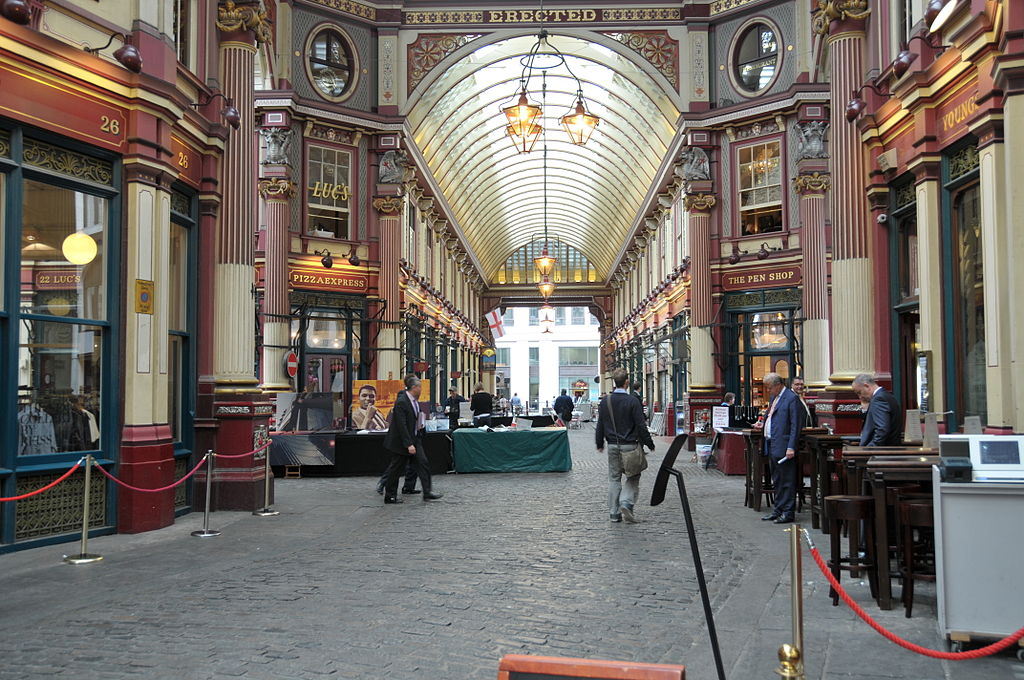 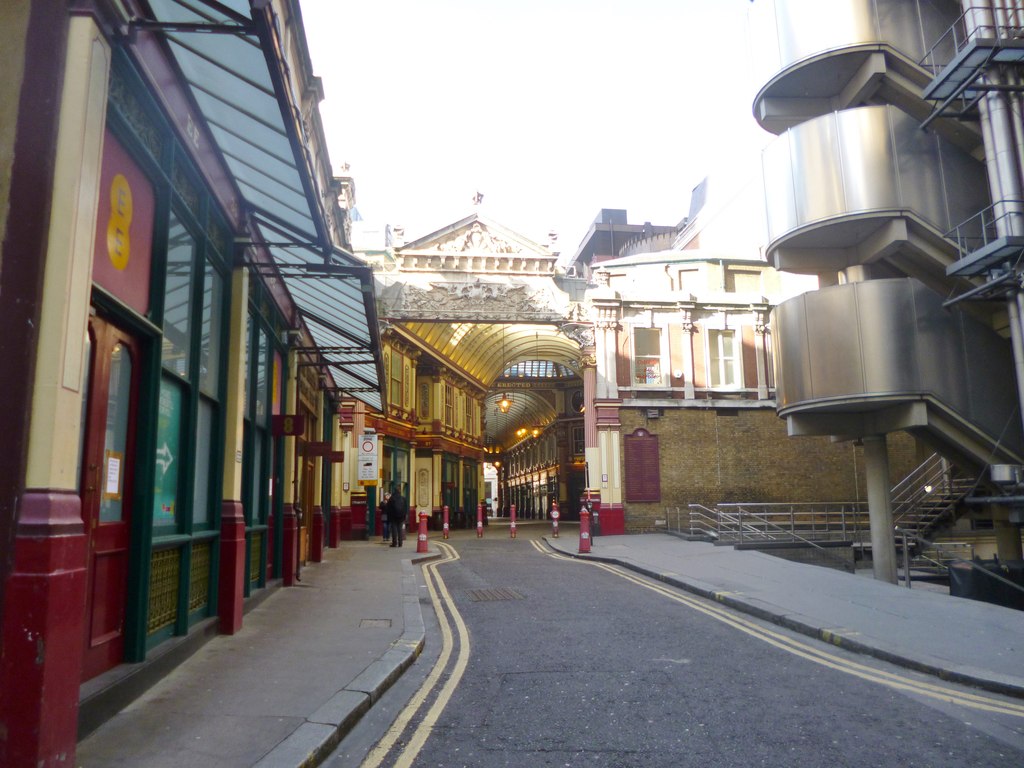 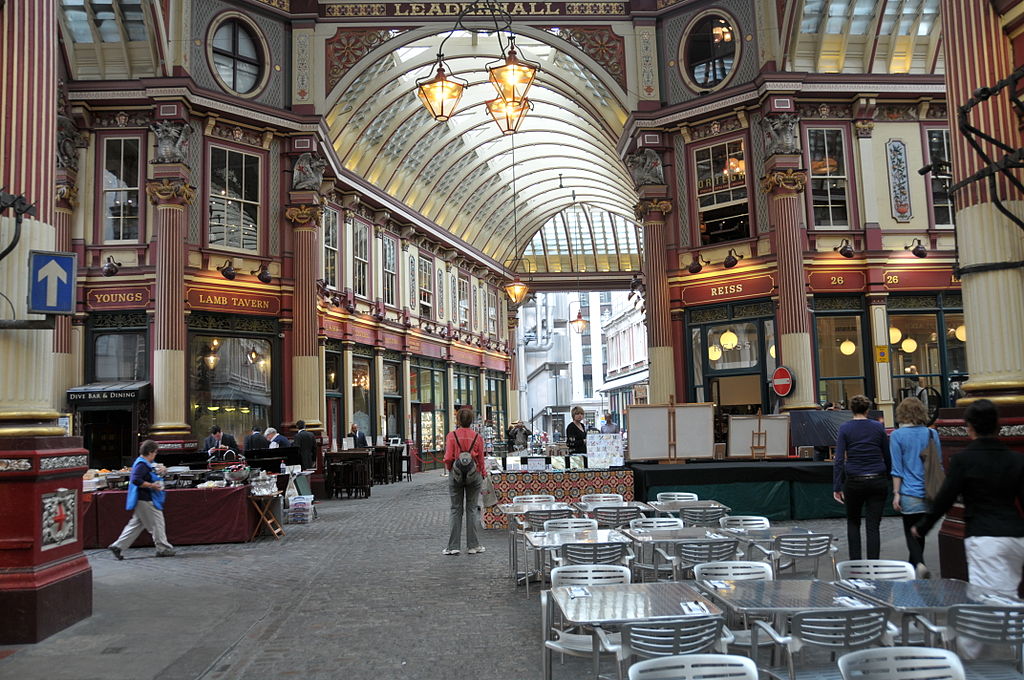 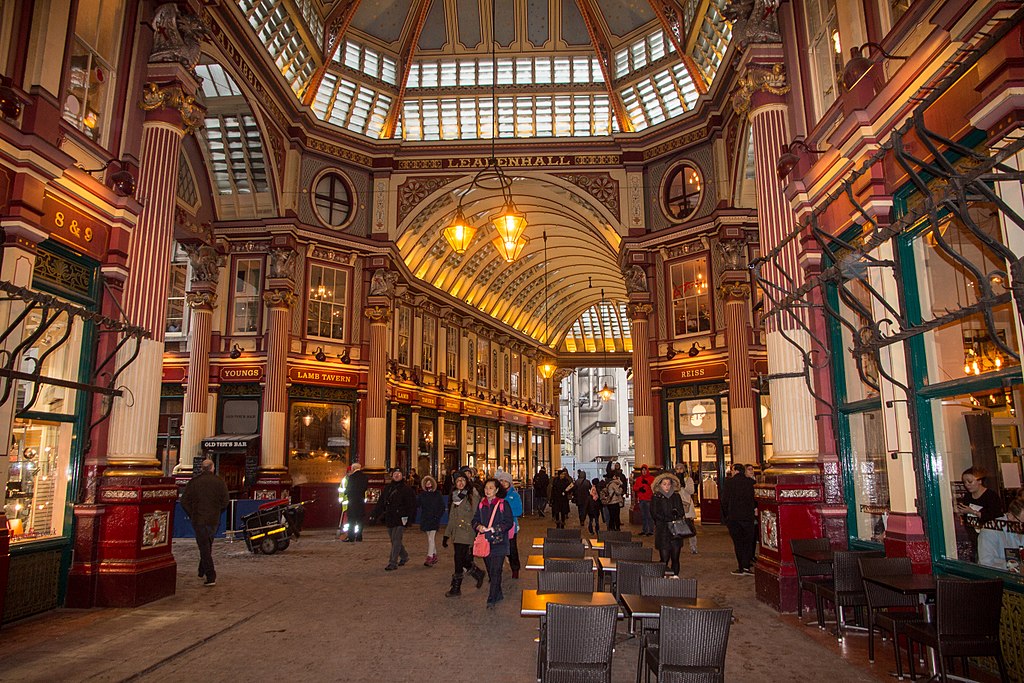 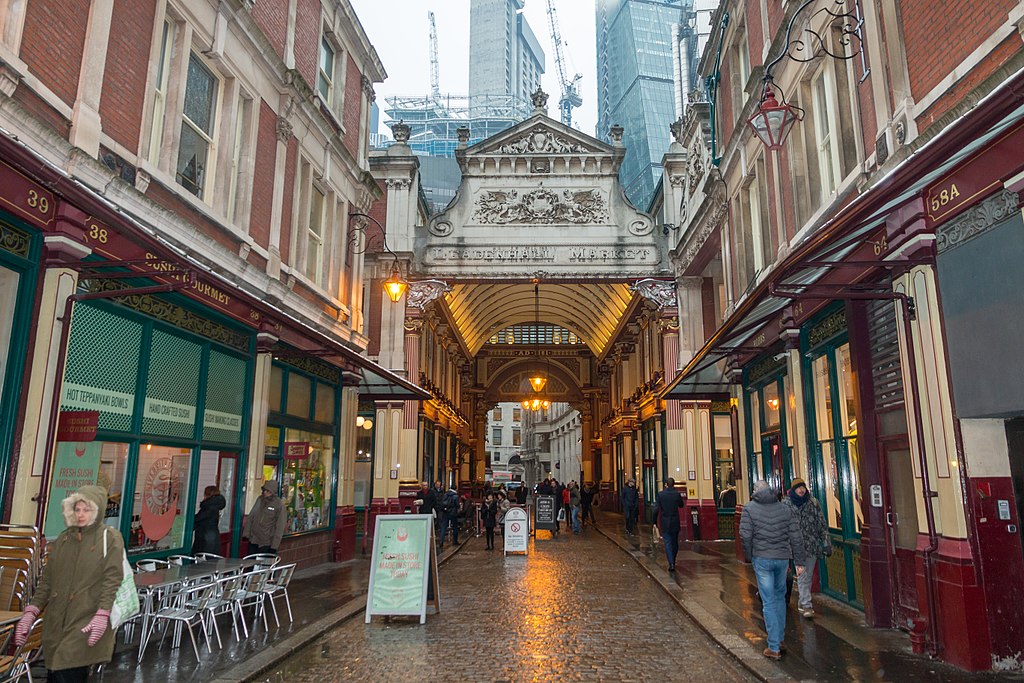 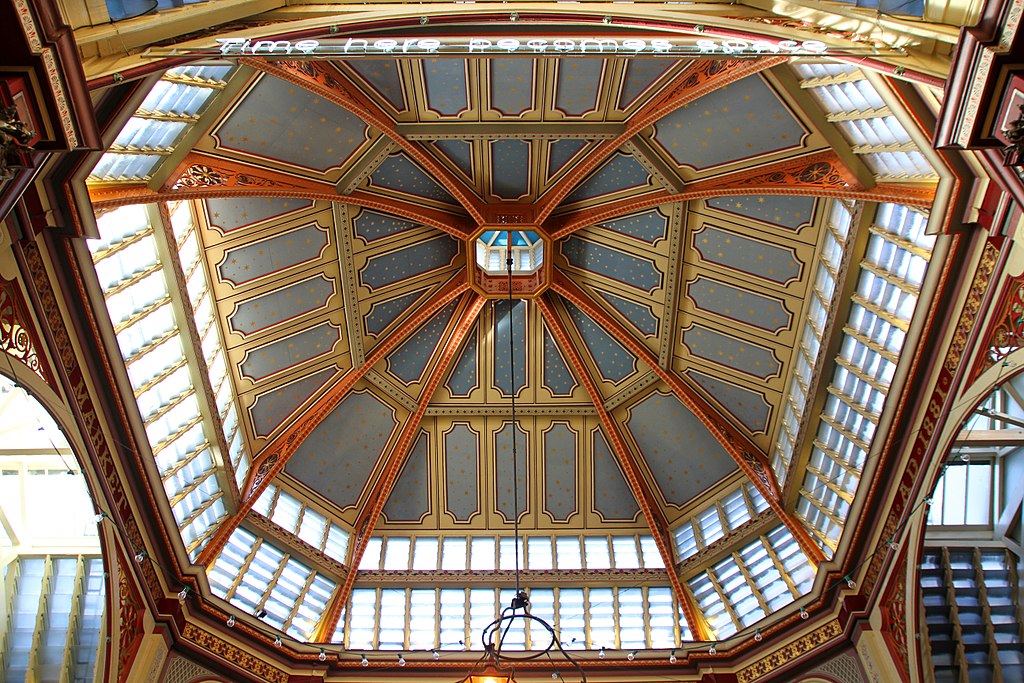 WHERE IS LEADENHALL MARKET?

← What Is Flygskam? Airbnb and Skymiles →