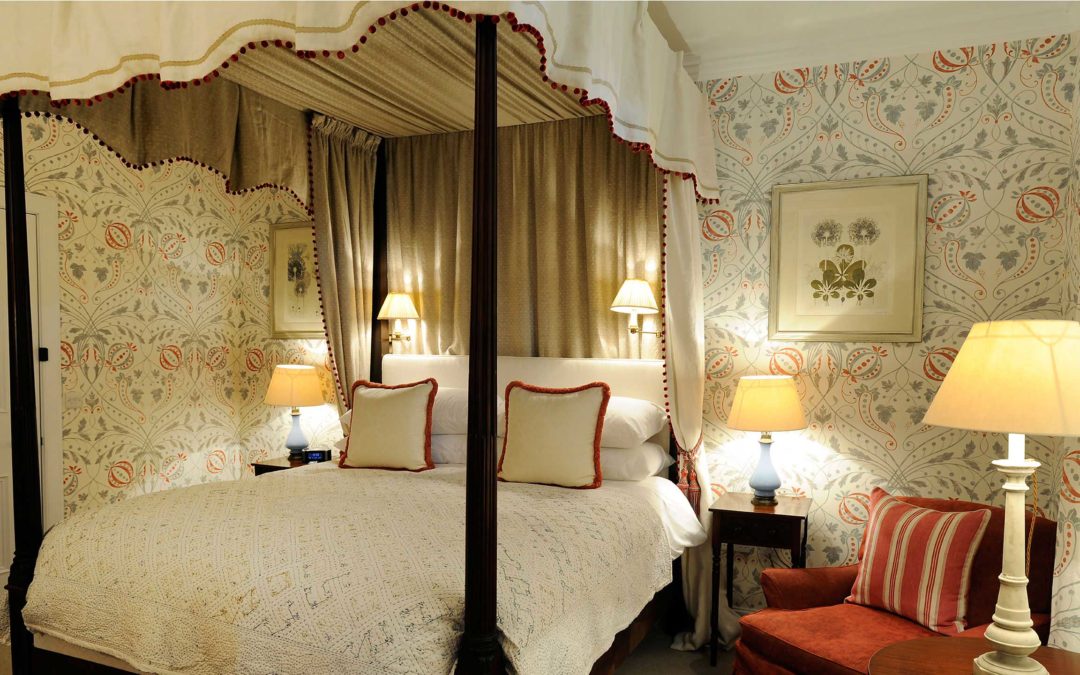 Stay in a property that neighbours one of the homes often inhabited by Prince Charles and the Duchess of Cornwall. Freely wander through the grounds and you might see the royal couple walking their dogs. Stay in a room that has been carefully decorated with pieces from the mansion itself – all rooms have been meticulously decorated under the careful eye of the heir to the throne himself.

You’ll be staying at the house’s lodge – painstakingly modernised and tastefully decorated – and now having 22 guest rooms available to the likes of you and me.

The lodge is only a stone’s throw from the royal residence and you can explore not only the grounds – the house itself is open to the public too. See the website for more.

The house was build in 1750 and has been in the family of the Earls of Dumfries ever since. But in 2007, the present earl had to sell the property and all its contents. Like many aristocratic property owners, the family simply couldn’t afford the upkeep and the place had fallen into disrepair.

(Note: If you are like me and have been following Formula One for many years you might remember driver Johnny Dumfries who raced for Lotus in the eighties and who also won Le Mans. Well, he is the current earl).

What horrified Prince Charles and others was the fact that the house contained priceless furniture, paintings, mirrors and decor items that were going to be sold separately – probably ending up overseas – and they strongly believed that the house and its derelict walled garden and outbuildings should belong to the nation and not, as was likely, a foreign consortium.

The prince had another goal in mind too. The house was in an area of beauty but the nearest town, Cumnock, was severely depressed and unemployment was rife. The prince’s aim was to recreate Dumfries House into a thing of beauty – somewhere that tourists would want to visit, somewhere that guests would like to stay and somewhere that was the ideal location for weddings and events.

All these ventures would create jobs and bring money to the area. A consortium was formed, with Prince Charles’ backing.

The project survived the global economic crisis by the skin of its teeth and, later than expected, opened to the public.

Where is Dumfries House?

← Piscine Molitor, Paris Visiting the USA; Going to the Loo →