Visiting the USA; Going to the Loo 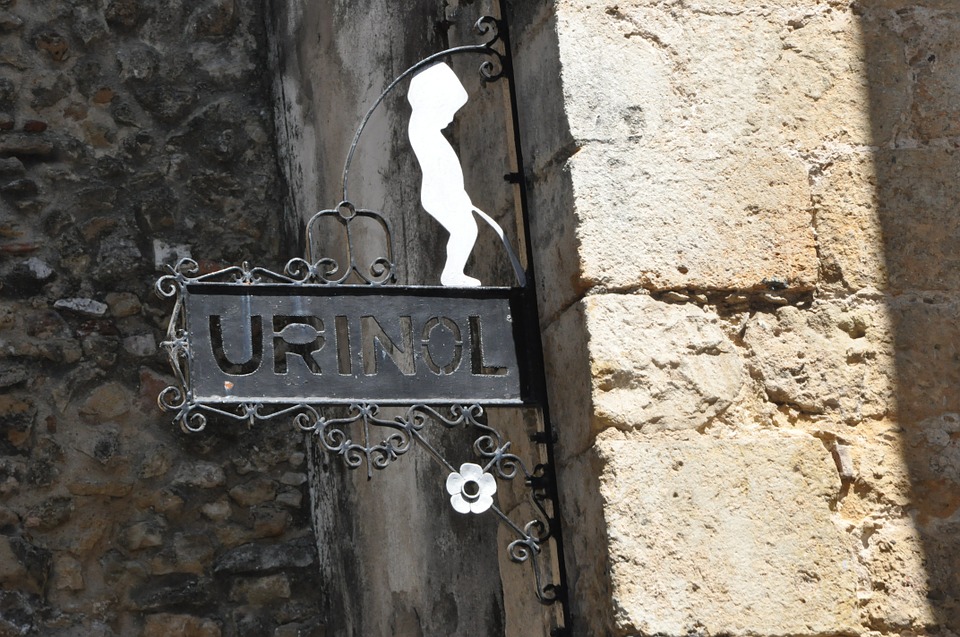 It’s a culture shock when you visit the USA. So many things are so different. And if your knowledge of the English language is, well, English, then American is going to puzzle you quite a lot.

Picture me then, new to the USA and in a large store somewhere in the Florida Keys. And busting for a pee.

‘Excuse me’ I said to a member of staff ‘Where are the toilets?’
‘Oh’ she said ‘We don’t sell those’.

I know now of course. I should have asked for the bathroom or the restroom or some other flippin’ room. You see, in the USA, one doesn’t say ‘toilet’. One doesn’t even say ‘toilet paper’. (You’ll need to ask for TP. That’s true. And on the pack, it’s likely to be described as ‘bathroom tissue’.)

You’ll need to realise that in America, people can be very coy about natural functions. They can also be a little strange about the word ‘lavatory’. To most of us, that’s just another word for toilet but in the USA it can refer to a sink. So be careful. Mayhem can ensure. Colloquially, a person in the USA might describe their requirements as wanting to ‘go potty’.

Anyone English, or who was taught English English, translates that as going bonkers. No, they want a pee.

Public toilets (or bathrooms or restrooms or whatever you’re going to call them) aren’t always as easy to find in the USA as they are in other countries. However, you can’t move for falling over fast food places and invariably you’ll find a loo in there. Gas stations too of course, but some of them are revolting – fast food places take more care.

I know, you’re a grown-up, you’ve been using a loo for a lot of years and don’t need instructions. Well no, not in that way you don’t but there are one or two things about the American toilet that you need to know.

The loos in the USA may seem rather basic compared to what you’re used to. There’s likely just to be one handle or knob to use to flush. There are unlikely to be any options.

Importantly, they do not have the capacity to flush the sort of things that you might be used to flushing at home. As a rule of thumb, only stuff that has been produced by your body, plus loo paper (TP rather) should be flushed.

Ladies flushable necessaries, moist wipes of any type, paper towel, facial tissue, condoms and even wodges of loo paper will block up the system. For the benefit of anyone who is reading this, I researched and discovered that the average American uses 8.6 sheets of loo paper per visit.

Now on this subject, well almost, the same source informed me that between 70 and 75% of the world population use a method other than toilet paper to keep themselves as fresh as a daisy. So it may be that you’re from somewhere that belongs in that percentage. In many countries, the prefered method is to use a bidet.

These have many advantages and are actually more planet-friendly (and considerably cleaner) than using loo paper. However, in the USA people haven’t latched onto this yet. Therefore you’re unlikely to come across a bidet no matter what level of accommodation you’re using.

Another thing that is strange to people is the way that in public loos, in restaurants or airports for example, the doors tend to have plenty of gaps. See the image below. 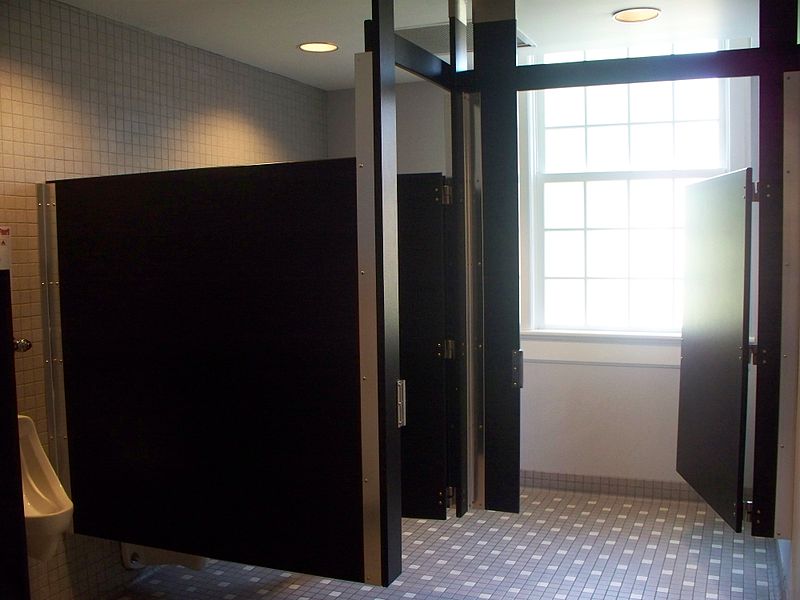 The doors have huge gaps beneath and above and they do not fit into the frames in the way they do in other countries. There’s going to be a gap of about half an inch or so at either side too. And the curious thing is that I have no idea why. The internet seems not to know either. So I can only think that it’s to ensure that we hurry things up and not get too comfy in there.

It’s strange when you remember just how prudish things are in the USA but the natives don’t seem to mind.

Of course, when a person from the USA asks for the ‘bathroom’, the ‘restroom’ or – where relevant – the ‘ladies room’ they are being pointlessly discreet. We all know that they want the bog and what they’re going to do there. But they insist on the euphemism nevertheless. They love ’em. They call an ass a donkey, A cock a rooster. Etc.

I’m trying to think of the right word and because it’s pretty late it’s just not coming … I don’t want to say that people in the USA are prudish – I know there’s a better word but it escapes me. But they are certainly more conservative when it comes to subjects that people from other countries just see as being run-of-the-mill, ordinary day-to-day aspects of life.

Sex, bodies and nudism are certainly on the list – and this includes peeing and pooing…

SO, WHAT’S THAT GAP FOR?