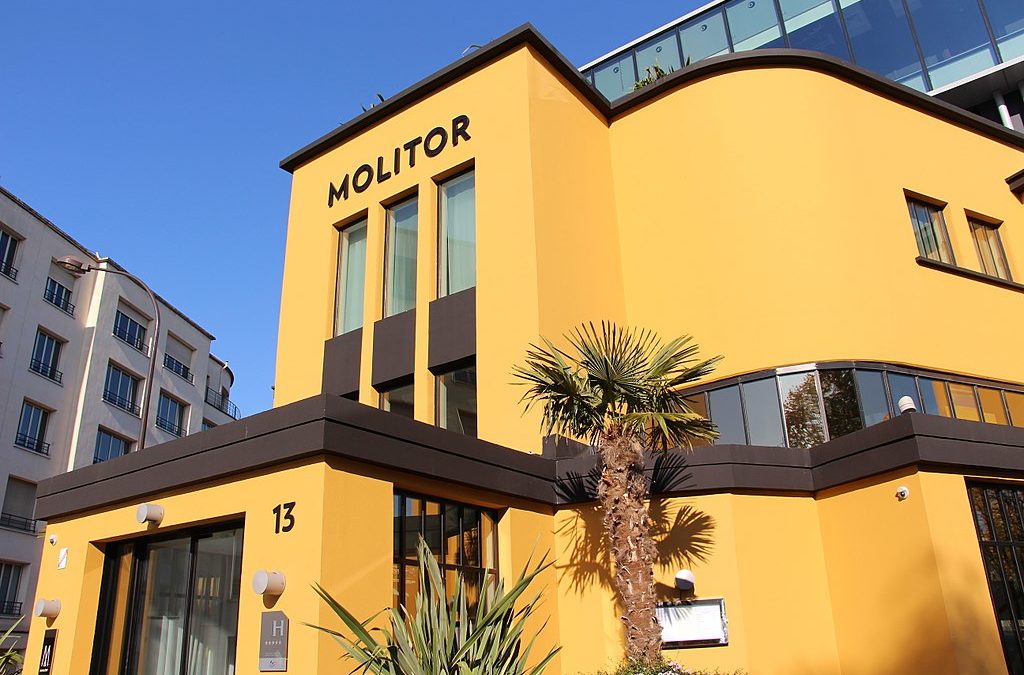 It started life in 1929. Piscine Molitor, probably one of the most stunning man-made vistas in Europe – has a history that travels from Johnny Weissmuller (who found Hollywood fame as Tarzan of the Apes) through the decades to Pi Patel (whose tiger Richard Parker gives him a hard time in Life of Pi).

France hadn’t taken to the pleasures of swimming in the same way as the English but the French needed little excuse to parade scantily-clad bodies so this swimming pool complex was built in 1929. It was designed by architect Lucien Pollet and featured two pools. It was inaugurated by the aforementioned Weissmuller, at that time an Olympic swimmer.

It continued its popularity and in the 1940s was the location for the launch of a new type of swimming garment that would shake up the world – the bikini. It was also used as an ice rink but eventually closed in 1989. It had a new and unusual lease of life as an urban venue for graffiti artists, skateboarders and raves.

Now I admit that I’m one of those (weird probably) people who appreciate graffiti, or street art as I prefer to call it, but even I was shocked when I saw how the place looked after its urban lifestyle period… 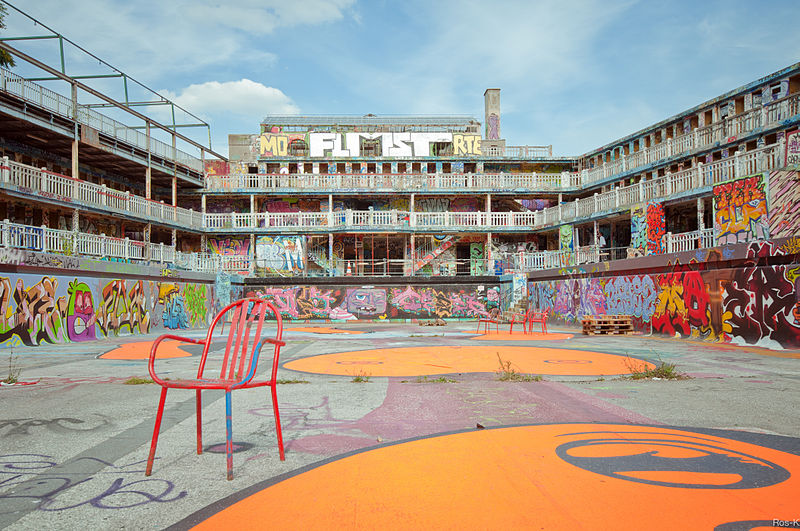 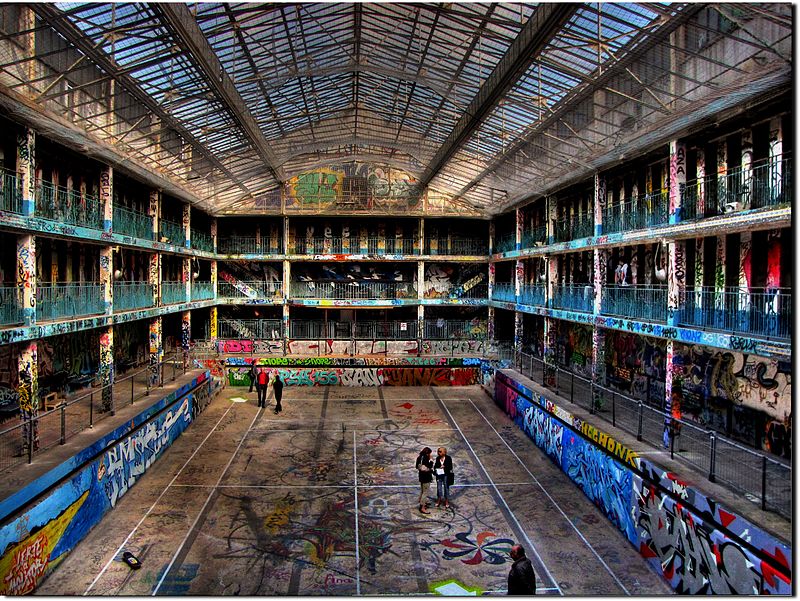 Awful, isn’t it? It makes the hairs on the back of my neck stand up. It’s so creepy to think of that gorgeous place that gave people so much pleasure being in such a state. How could it be allowed?

Even worse, once the place was closed, a housing development had been proposed which would mean that the Piscine Molitor, such as it was, would be completely demolished.

As had happened with various lidos in England, the general public stepped in and founded an ‘SOS Molitor’ group determined to prevent its destruction. Their protests, thank goodness, led to the demolition being prevented and the premises being given historical designation.

But that didn’t stop the weather, the lack of maintenance – and vandals – reducing the place to an even sorrier state.

But eventually it was decided that the place should be restored. In 2014 it reopened now with the addition of a 4-star hotel, a health centre, and a medical centre, as well as retail, restaurants, and parking facilities. See how the pool looks now…

And see too the video below.

WHERE IS PISCINE MOLITOR?