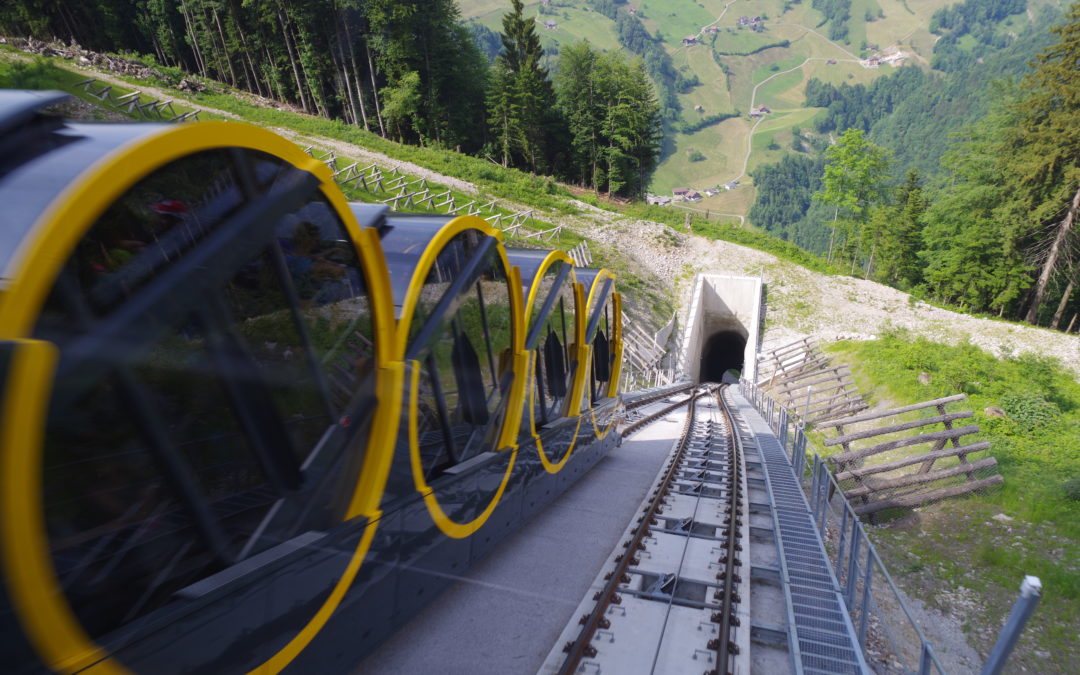 Forget those hair-raising rides at amusement parks and funfairs. Riding on the Stoosbahn, the steepest funicular railway in the world, will certainly get the adrenalin going. The video below gives you just some idea about the ride.

It’s not just that the gradient exceeds 110% – at the same time as you’re being scared out of your wits, your eyes are taking in the vision of breathtaking scenery all around you – thanks to the design of the panoramic ‘glass barrel’ in which you’re travelling.

These ‘carriages’ – the train has only four of them – are specially designed to keep passengers on an even keel whilst the train carries you up the incline of the mountain. You’re only going to travel just over a mile – but you’ll ascend 2441feet in that distance. 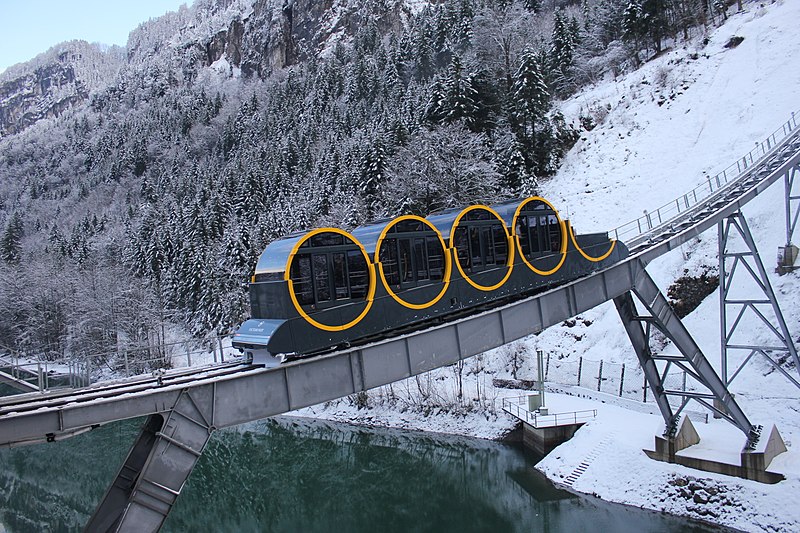 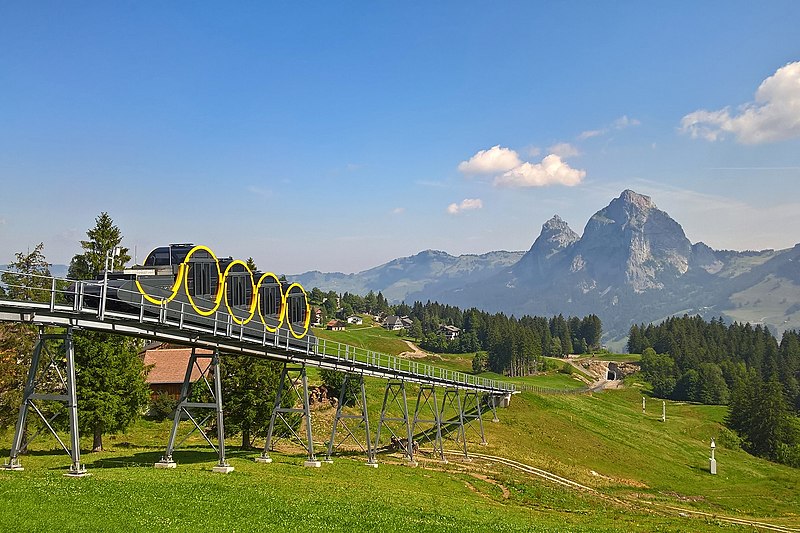 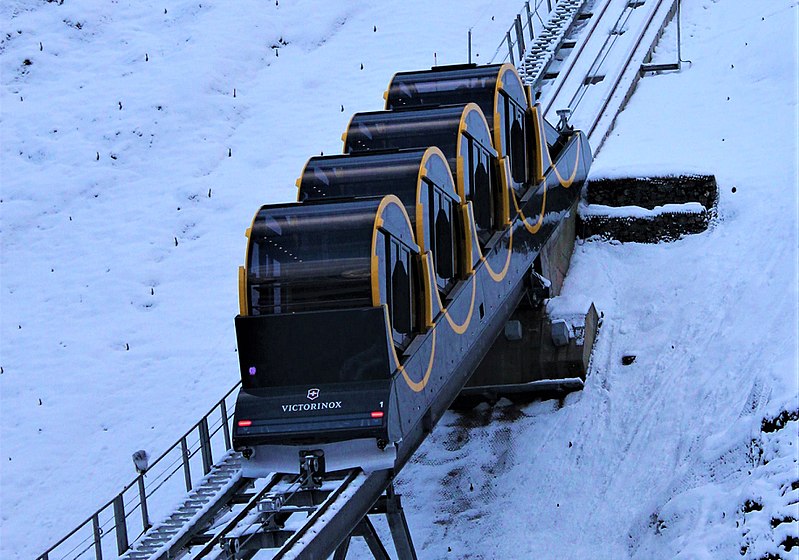 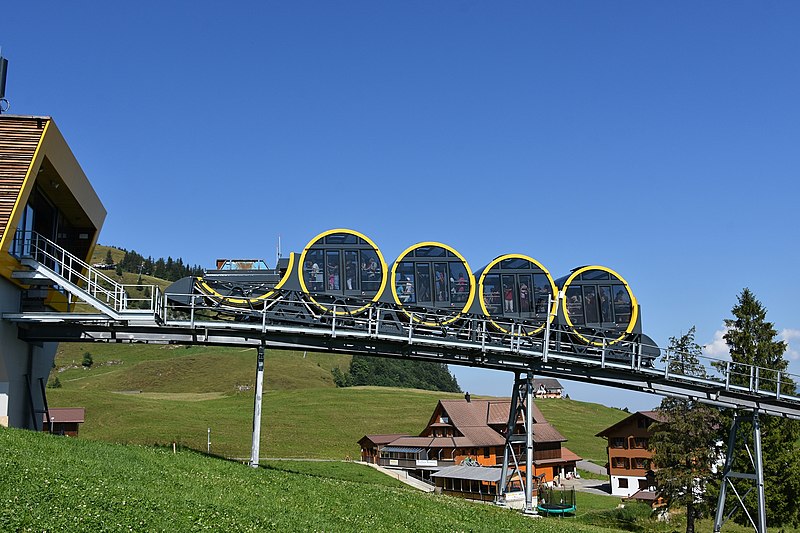 Or try the descent when the mountain is covered in snow…