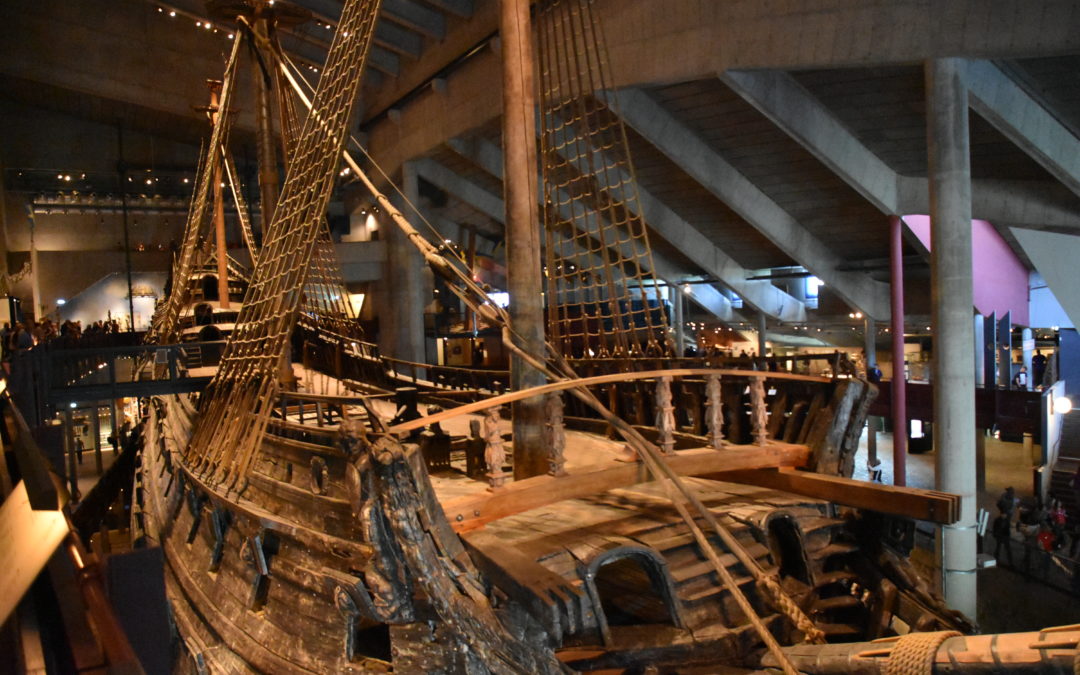 Vasa was (is) a Swedish wooden warship that sank on its maiden voyage. This happened in the full view of onlookers. It was an extremely beautiful ship although not as much care was taken with its seaworthiness as its extravagant exterior. However, shipbuilding wasn’t an exact science in those days. Which days? Well, Vasa sank on 10 August 1628.

Sweden was at war and the ship had been commissioned by the king, Gustavus Adolphus. It was armed with cannons and was richly and elaborately decorated to show power and strength which, it was hoped, would intimidate the enemy.

However, the practical elements of the ship left something to be desired and Vasa was quickly overcome by even the mildest of winds.

The map below (taken from Wikipedia) shows the extent of the maiden voyage of the Vasa. 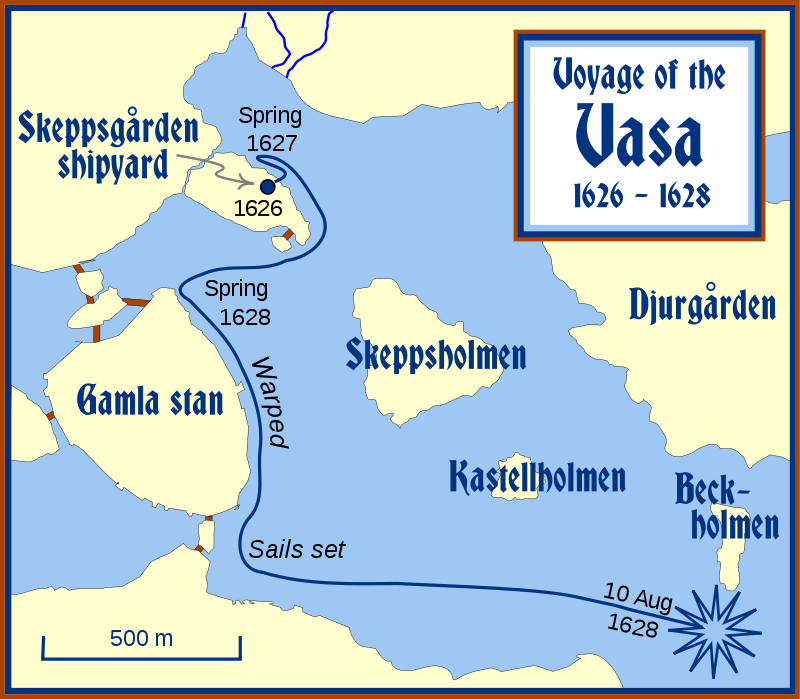 You can see where the sails were set and that the ship travelled only about a kilometre or less under its own power before succumbing. The ship was less than 400 feet from the shore yet sank quickly. Nearby boats rushed to rescue those on board but nevertheless, thirty people died.

The authorities seemed to be more concerned about salvaging the valuable cannons for reuse. These were rescued from the seabed but the ship itself was impossible to salvage, bearing in mind the lack of technology of the time.

The ship remained where it was, on the seabed, for 333 years.

Yes, there was some deterioration, of course, but nevertheless Vasa was in pretty good shape when it was eventually brought to the surface in 1961 – on the 24th April to be exact.

Now it’s housed in the Vasa Museum and is one of the most visited exhibitions in Scandinavia.

Visitors can examine the ship from six floors of open galleries. A scale model shows how the ship would have looked before it spent over 300 years beneath the sea.

Exhibitions include those showing life aboard, the important role of women in those distant days, artifacts discovered in and around the ship and many more.

Audio tours are available in English as well as Swedish and I’d recommend that you spend a full day at the museum as there’s so much to see and do. 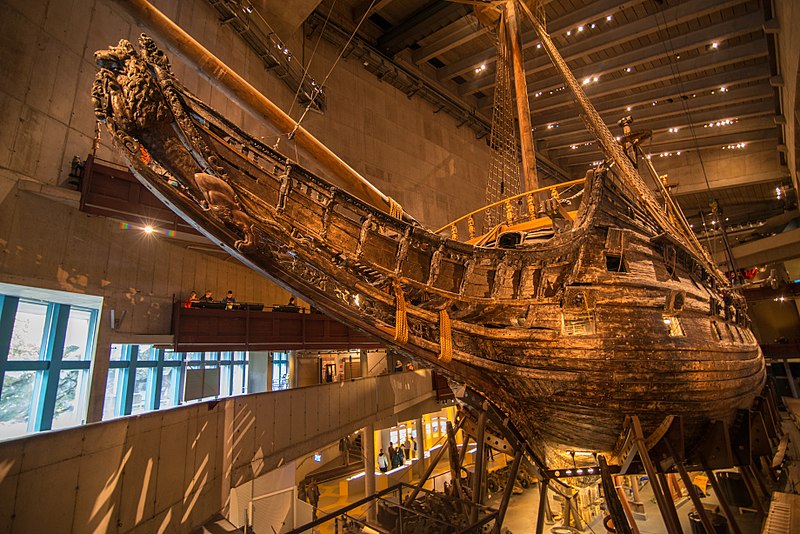 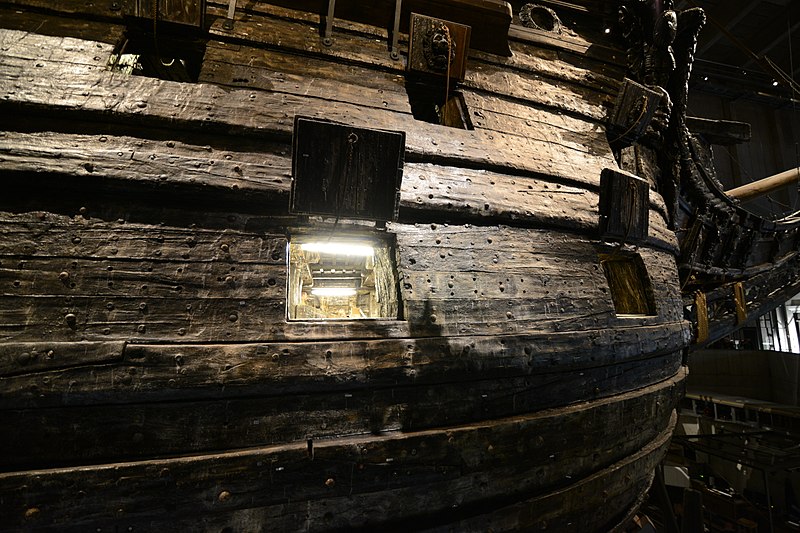 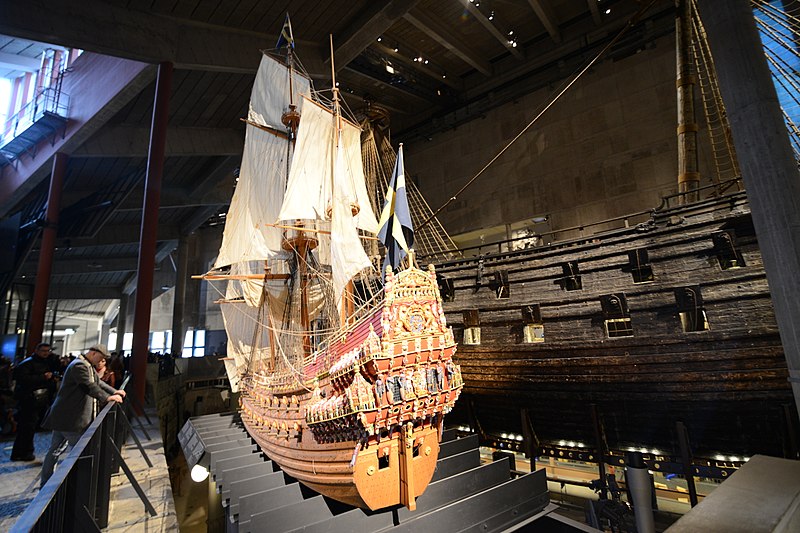 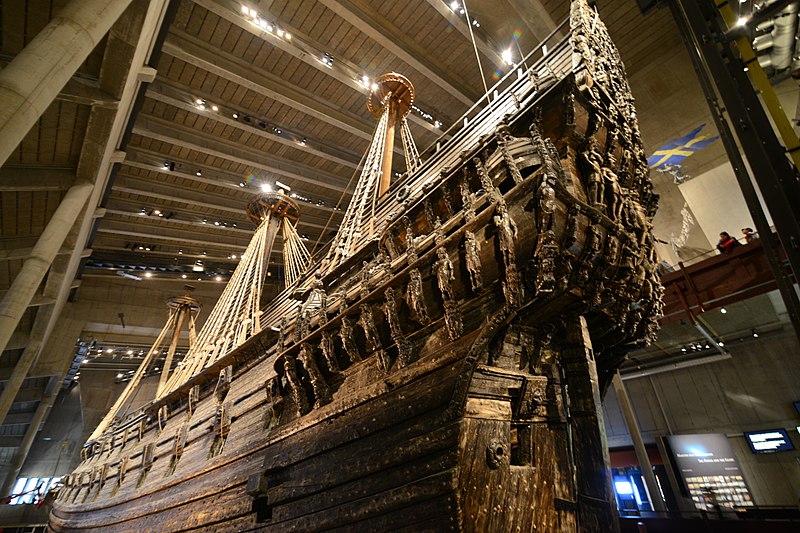 HOW TO FIND THE VASA MUSEUM