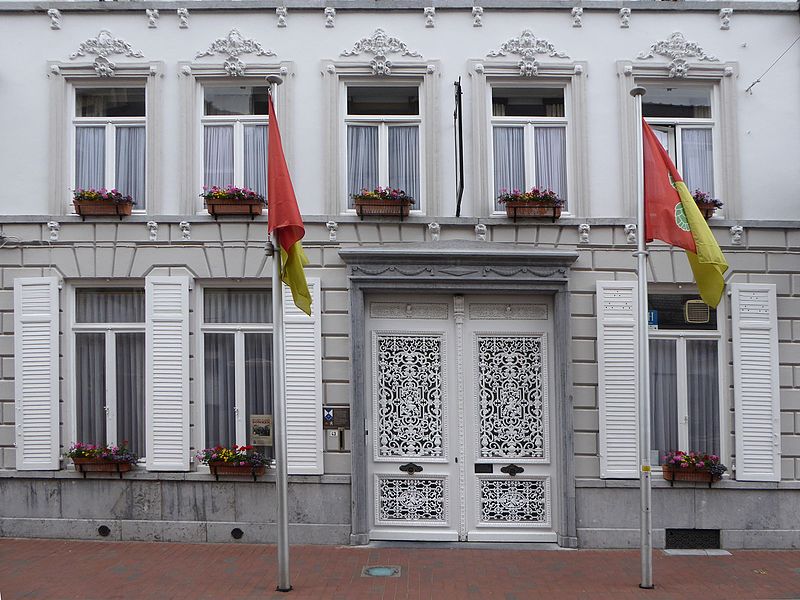 Now you might have heard the expression ‘as dim as a Toc H lamp’ or you could be familiar with a track called Pow R. Toc H.from Pink Floyd’s Dark Side of the Moon. So it may be that you’ve heard of Toc H but do you know what it means? It’s a fascination story and yes, it ends with an amazing place you can visit.

My old mum would sometimes use that expresstion ‘he’s as dim as a Toc H lamp’ but what was one? And why the name?

The story goes back to 1915 and includes both world wars.  Let me explain first that ‘Toc H’ became the slang name of a house that was set up in 1915 as a respite – a rest house – for soldiers looking for a few hours relief from the war. The house was set up at Poperinge, not far from Ypres.

It was formed as a club for all men; in other words, men of all ranks. It was intended to be a more respectable option to the other entertainment premises of the local area. Like me, I’m sure you don’t have to use much imagination to know what they were. Poperinge was what we could call a transer station, full of soldiers on their way to, or leaving the front line.

In the Great War, many of the soldiers were from rural places and had been brought up attending chapel and so in addition to its other attractions, the house featured a small chapel in the attic. It had been founded by an army chaplain and a reverend. You can see more about it in the video below. See how young some of those soldiers were.

There was no phonetic word for several letters of the alphabet and H was one of them – ‘aitch’ was used, sensibly. So Talbot House, TH, became Toc H.

And the lamp gives us another story. In the attic chapel, the original lamp used by the original celebrant, the Revenerend Tubby Clayton, remains in place. Every years on the anniverary of his birth, December 12th, the lamo is lit for twenty four hours to commemorate him.

Because Toc H became an organisation that has branches worldwide, this lighting is the signal for other commenotrative lamos to be lit at Toc H premises throughout the world. The organisation’s patron his Her Majesty the Queen.

Today the house is a museum (totally fascinating) and it also has guest rooms where you can stay. They are reasonably priced, have self-catering facilities (breakfast is provided) and are, of course, a piece of history. See the website here.

About the museum and the history of the house.

Finally, see the video below featuring Harry Patch talking about his visit to Talbot House. Harry died in 2009 – he had been born in 1898 so was 111 years old when hew died. It’s claimed that he was the last World War One soldier.

WHERE IS TALBOT HOUSE?

← There Are No Bad Guests Just Bad Hosts? Why Do Brazilians Speak Portuguese? →

Trending Now : Hosts: Do You Have Drawers In Your Rental Bedroom?