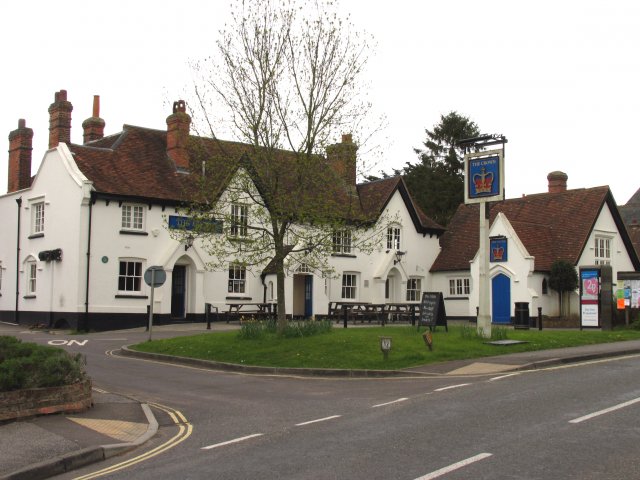 If the Crown pub in Kingsclere, Hampshire isn’t haunted then there’s something very wrong with the modern ghost. The Crown definitely deserves to be one of the most haunted pubs in England because of a WW2 massacre that took place there and was hushed up by the authorities for many years.

Kingsclere is an ancient village and there are many reasons to visit it and its surrounding area but the massacre at the Crown also gives you a great reason – to enjoy a few great British pints of beer. But it’s a fascinating story…

A local property, Sydmonton, has for many years been the home of the musical arranger/composer Andrew Lloyd Webber but in the 1940s, during the war, it had been requisitioned to house American soldiers. The platoon was composed mostly of black Americans.

Accounts remain hazy and there is no 100% definitive story but on October 5th, 1944, a couple of soldiers from Sydmonton went into the village of Kingsclere and had an unsuccessful encounter with a pair of American military policemen.

The soldiers, apparently, returned to barracks, collected reinforcements and weapons and returned to Kingsclere.  They opened fire on the pub – the Crown.

Three people were killed; one of the military policemen, a soldier and the landlady of the pub.

Although this was reported in the local press, the story was hushed up thanks to the Americans – in fact, thanks to the president who was intent to hush up the story. At that time, there was a certain amount of anti-American feeling in Britain and then there was the added complication of the fact that the soldiers in question were black. (More of a worry to the USA than the UK I would think).

Of course, the story was revealed eventually but even now, the exact sequence of events remains uncertain.

But what is certain is that Kinsgsclere is a fascinating place to visit, as is the local area. And the pub, of course…

Today the pub has a great restaurant and plenty of events. (How about the regular fish and chip evenings???) Then there’s excellent beer, a lovely decor and atmosphere, not forgetting a great chunk of weird English history.

HOW TO FIND THE CROWN, KINGSCLERE

← Airbnb: Be Sure To Choose the Right Accommodation Maeklong Railway Market: Thailand →