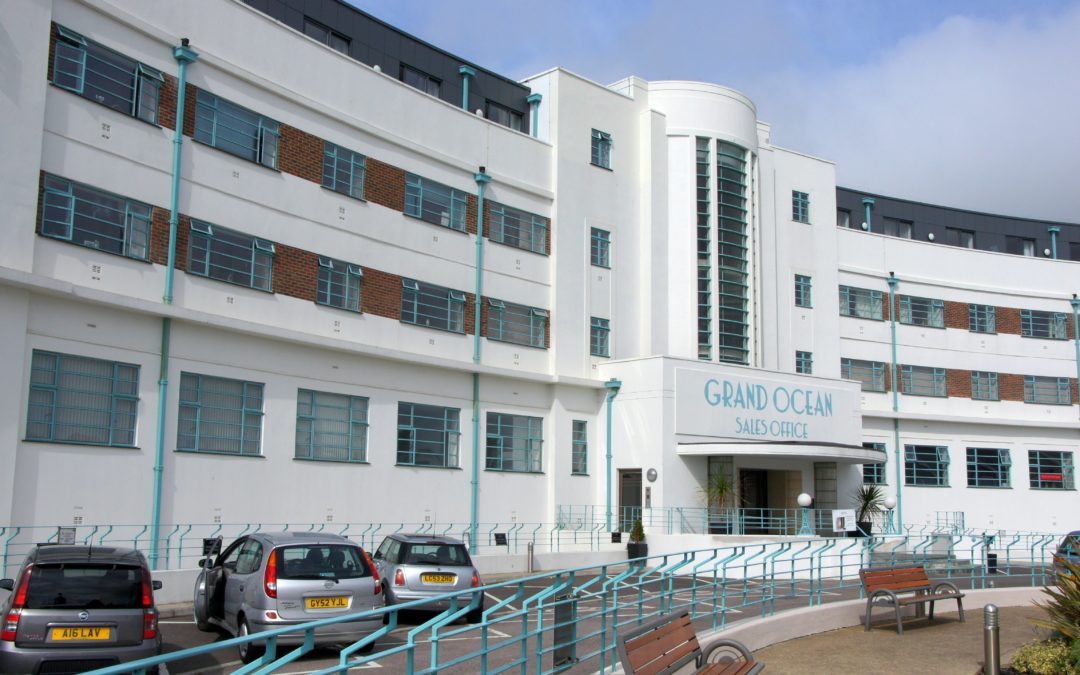 You can no longer stay there, but if you’re in the Brighton area and a fan of splendid architecture, then a detour to Saltdean is well worth the trip just to see the Ocean.  It’s now fully restored and has a fascinating, of oh-too-familiar history.

This luxury hotel was built just before the Second World War; it opened in 1938. Before the war brought about its privations, the Ocean Hotel was host to royalty, film stars and nobility. It was the place to stay and the place to be seen.

Architect Richard Jones (who has also designed the nearby now Grade ll listed Lido) had created the hotel in the Streamline Moderne style which was perfect for extravagant coastal properties. It featured every amenity that the guests of the day could possibly desire.

It was what today we would probably call an inclusive resort. There were entertainments and sports available for guests – it wasn’t necessary for them to leave the premises to enjoy fine dining, dancing and music.

Being in the south of England, with its balmy weather, the hotel also boasted a much-frequented outdoor swimming pool for leisure and for aquatic sports.

There was, and still is thanks to careful restoration, the most amazing spiraling staircase. 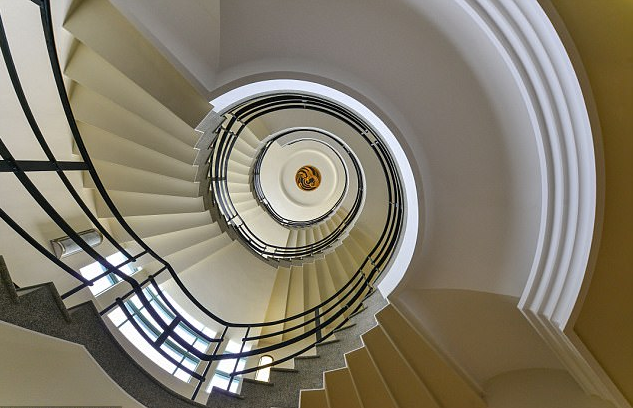 Of course though, as soon as the war came along, England had to tighten its belt.

The rich and famous clients no longer came. Those who could afford to had left the country. Those who couldn’t had weightier things on their mind, Staff members were recruited into the forces or into essential occupations. There was no room in England for a luxury hotel.

The hotel was taken over as a training facility for firefighters.

And like so many gorgeous places, it didn’t come out of the war extremely well. It wasn’t bombed or damaged by the enemy but hordes of firefighters had more important things to worry about than the decor of this beautiful building.

Billy Butlin had made a considerable amount of money by creating several ‘holiday camps’ in the UK. Although the holiday camp existed before he came along, many people think he was the invenor of these kitsch places.

I say kitsch because they provided cheap accommodation along with entertainment such as knobbly knee contests, beauty pageants, glamourous granny extravaganzas, talent contests and plentiful beer, Babycham and, most probably, fishcakes and sausages.

Billy Butlin was expanding his holiday empire into hotels and he couldn’t resist the Ocean, calling it the best investment he’d ever made. After a few months of renovation, the Ocean was once again teeming with guests. Not the rich and famous now though.  It was a step up from the holiday camps, certainly but only just.

The Butlin organisation sold the hotel in the 1990s and it remained in business until early this century. It was then converted into fabulous private apartments.

In 1993 the hotel became a TV star when it was used in an episode of Poirot. It was the perfect backdrop to this story of Agatha Christie’s detective Hercule Poirot who, while on vacation in Brighton, solved the mystery of stolen jewels. 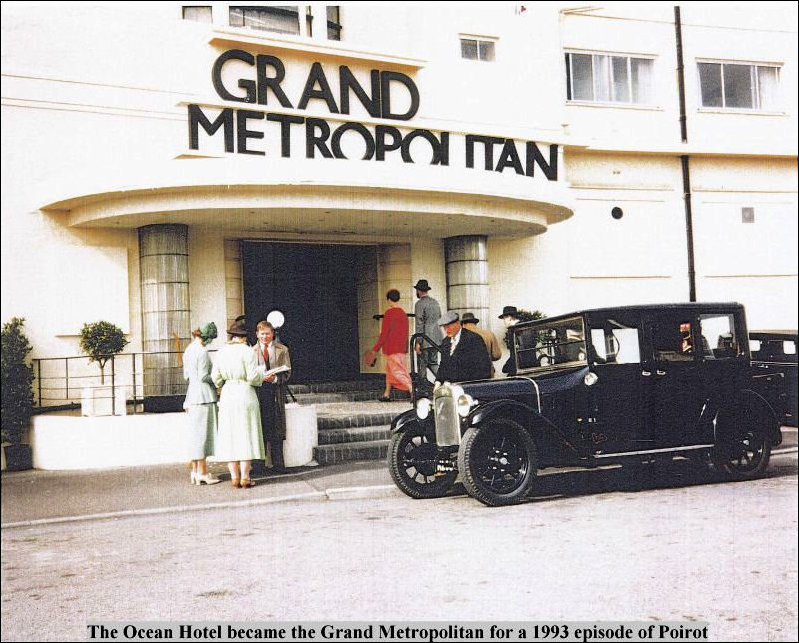 WHERE IS THE GRAND OCEAN?

← The Big Buddha, Hong Kong. Do You Run Your Airbnb Business Using Your Phone? →