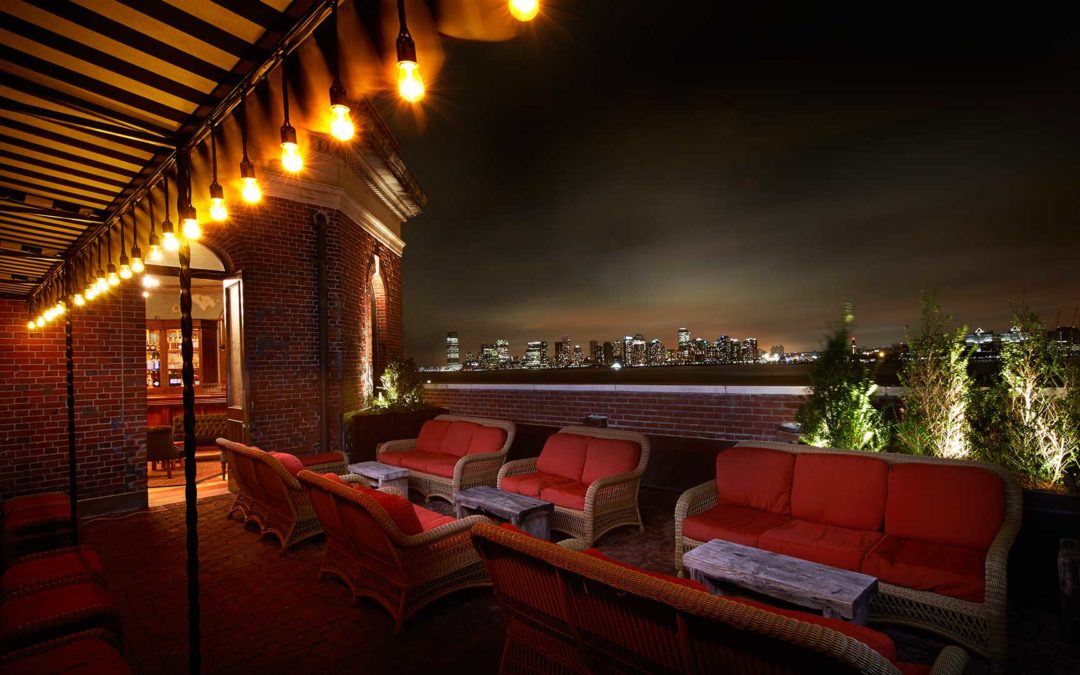 That gorgeous roof garden pictured above, and its stunning view, would be reason enough to stay in the Jane Hotel in New York but just wait until you hear more about it, especially its history.

The hotel was built at the beginning of the last century (1906 – 1908) and it was originally intended to provide cheap but clean and decent accommodation for sailors passing through the city in between voyages.

Indeed, it was originally known as American Seamen’s Friend Society Sailors’ Home and Institute. It featured a chapel, a concert hall and a billiards room. The rooms were inexpensive and great value for money. The hotel had only been in existence for a few years when it played host to a rather select band of guests – the survivors from the Titanic tragedy.

They were put up there during the extensive inquiry into the disaster.

So yes, if walls could talk…

A few years later it was repurposed and its purpose as a Seaman’s Retreat (as it was known) became a YMCA and, like so many other buildings of its age, gradually fell into disrepair. For a brief period in the 1970s parts of the building were used as an alternative theatre venue but the building degenerated into low-cost housing for drug users and down-and-outs.

But, almost inevitably, in 2008, just a few years after the building had been designated as a New York City landmark, it was renovated into a hotel. Unlike many renovations, this was done with a careful eye on the building’s history.

Today, there are three types of room for you to choose from. There’s the most expensive (but still budget) Captain’s Cabin – with queen or king size bed, plus en suite bathroom. The Standard Cabin is more suited to solo travellers and the Bunk Cabins are great for those who want to share.

The latter two use shared bathrooms and the hotel provides bathrobes and slippers to ensure their occupants’ comfort as they make their way to the shared facilities. Every room is furnished to be reminiscent of cabins aboard ship or on a sleeper train.

The hotel’s website says that they welcome and house guests’ with more dash than cash’.

WHERE IS THE JANE HOTEL?