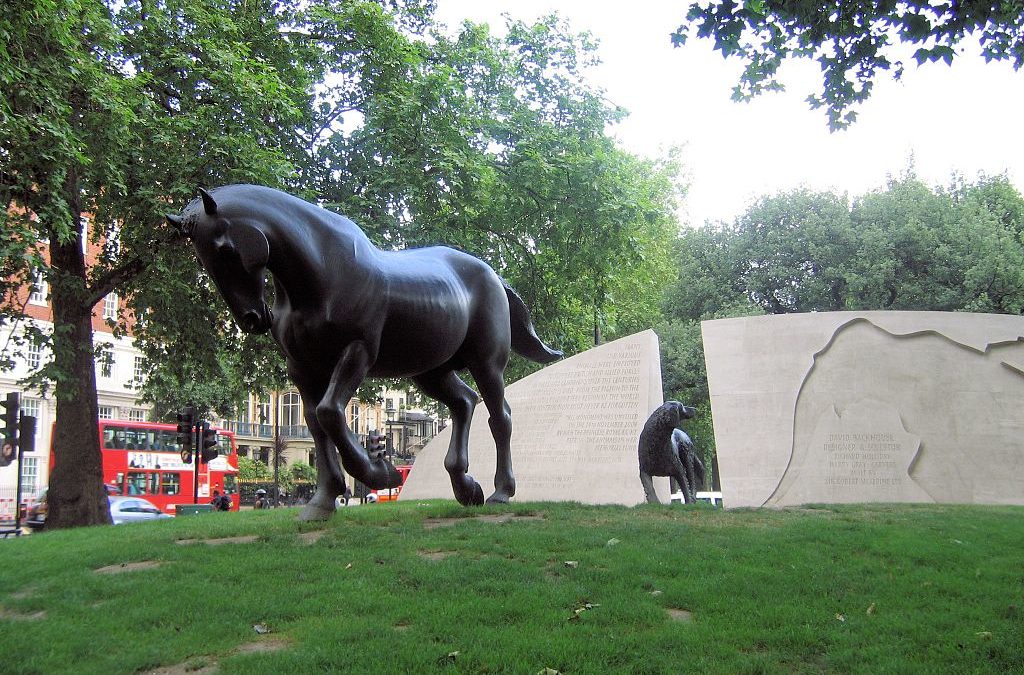 It’s something that was glossed over for many years. We know all about it now though, the fact that millions of animals served Britain and its Allies during the wars of the last century. It’s said that eight million horses died in the First World War along with countless mules and donkeys.

Animals, including horses, dogs, even cats, camels and canaries, served bravely and lost their lives after suffering hugely.

The two major wars fought in the twentieth century engendered horrors that we can only imagine today and faithful animals were a vital part of the war effort and, as is quoted on the memorial you see above and in the photographs below, “they had no choice”.

The memorial is located in Hyde Park in London. It’s just off Mayfair, on the junction of Upper Brook Street. As you can see from the map below, it’s close to sights that tourists visit such as Buckingham Palace so is easily accessed for those who wish to visit and pay tribute to the millions of brave animals who have been overlooked for so many years.

Maybe it’s because we seem to be more sentimental (or maybe I should say empathetic) towards animals today but it seems surprising to me that this monument wasn’t created shortly after the First World War. No, it was unveiled by The Princess Royal (Princess Anne) in November 2004. 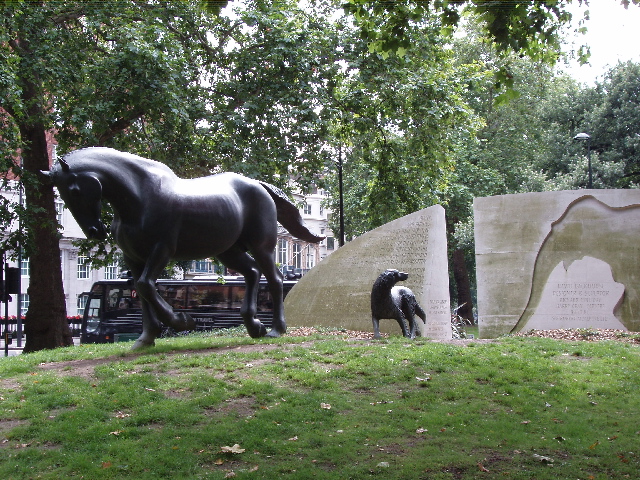 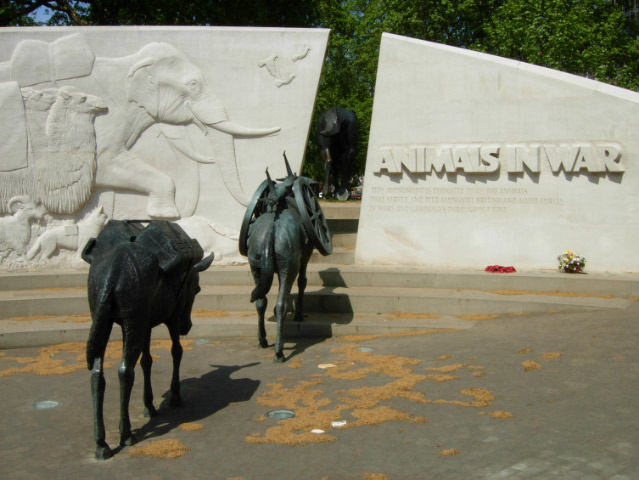 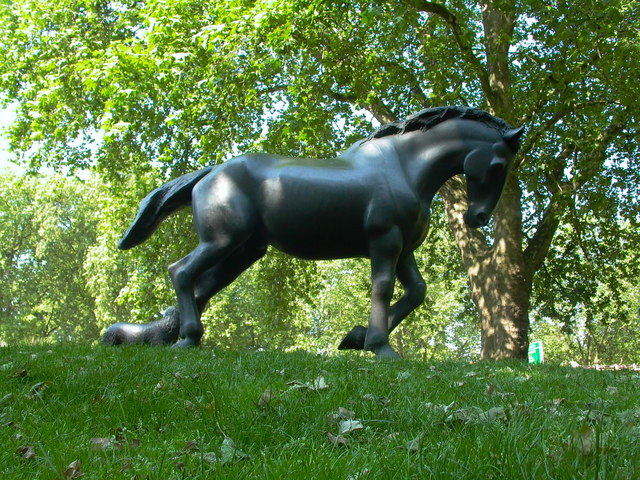 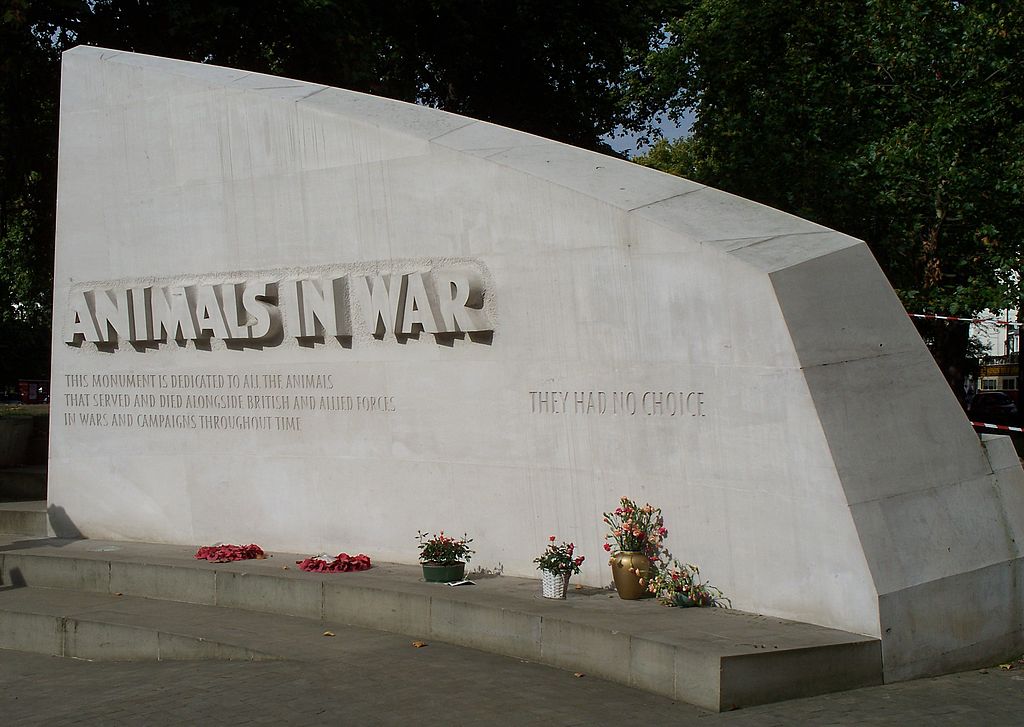 Read what visitors to the memorial have to say.

WHERE IS THE ANIMALS IN WAR MEMORIAL?