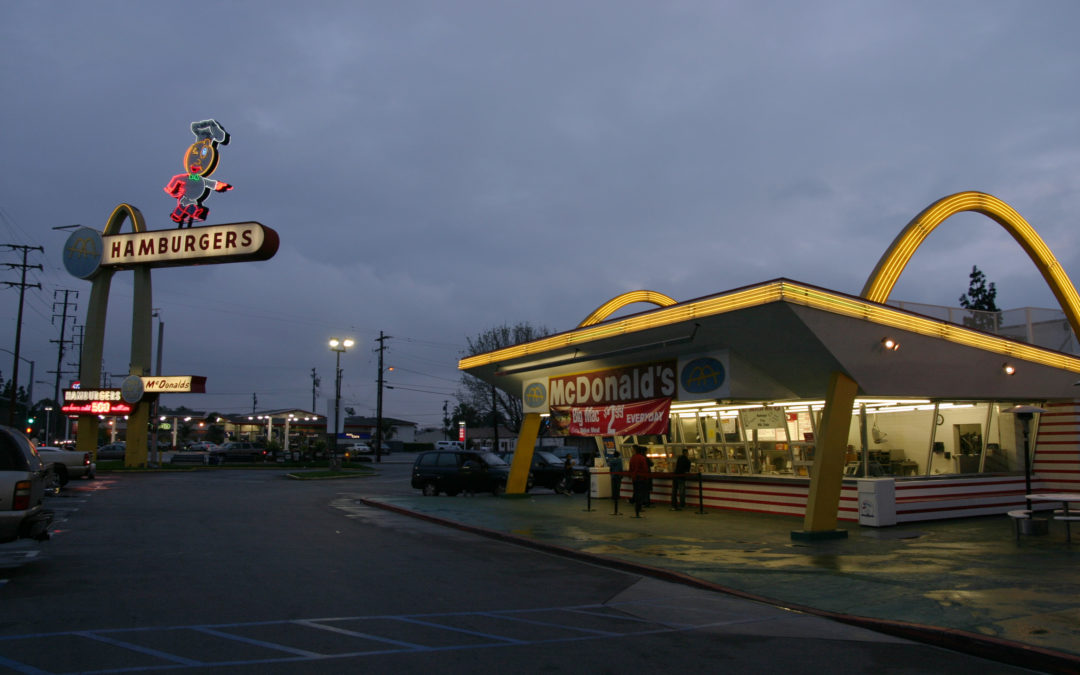 I’m not sure that Downey, California has a huge amount to fascinate the traveller but if you’re on a road trip and passing through, it’s an idea to take a look at the world’s oldest branch of McDonalds. It opened in 1953 so I’m imagining that that was before most of us were born.

The style of architecture – so typical of 1950s diners and burger joints – was known as googie.

It showed strong elements of the more serious mid-century modern approach that was being used throughout the world since the end of the Second World War.

Googie though had a slightly frivolous aspect which meant that architects added space-age elements that made the look so unique for its day. Lots of glass, sweeping roofs – and decorative elements symbolising spaceships, atom diagrams and other scientific material of the day were a huge inspiration.

As you can see, the now-famous golden arches were strongly in evidence even in those days.

Because this type of architecture was rather extreme, and also to some extent because of its more frivolous inspirations, it became unpopular quite quickly. This meant that so many examples of this iconic Americana were destroyed. The wrecking balls were brought in before the buildings were appreciated as a valid part of architectural history.

This makes the Downey McDonalds all the more valuable and today the building, and its sign, are now protected.

HOW TO FIND THE OLDEST OPERATIONAL McDONALDS