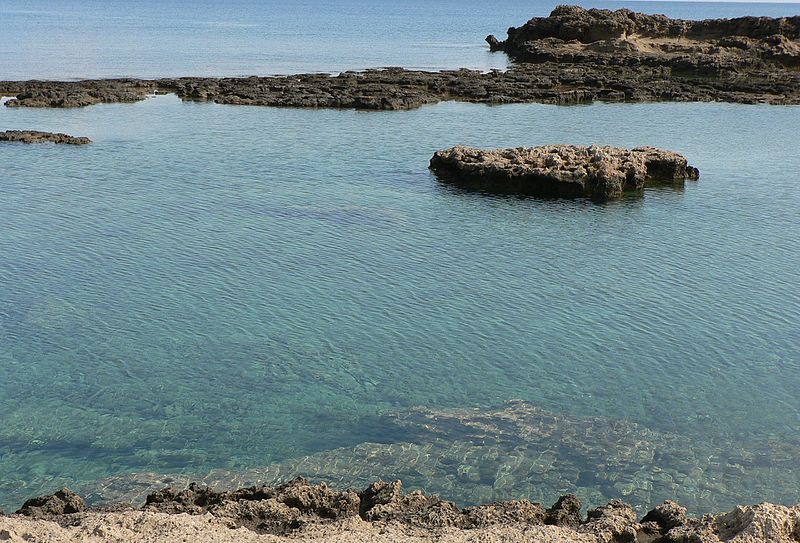 Just look at the sparkling ocean. Wouldn’t you love to swim in the clear, warm Mediterranean water? There’s a lovely beach too, of course, and in days gone by this resort was popular with the rich and famous. It wouldn’t have been unusual back in the day to see Elizabeth Taylor sipping a cocktail or Brigitte Bardot sunning herself on the sand.

Glamourous guests, superb sea and sun, luxurious shops, overwhelmingly opulent hotels … what more could you want? Well, here’s an example of a couple of the hotels – as they are now. 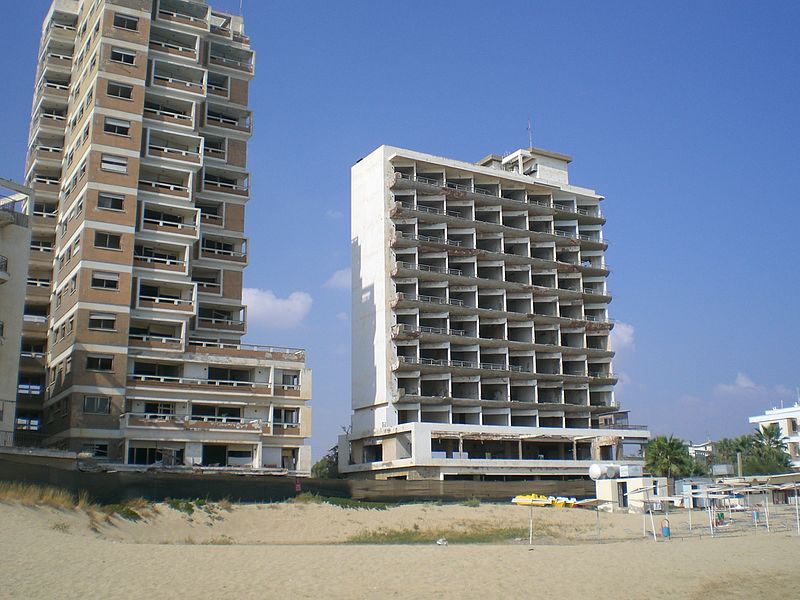 You see, Varosha is a ghost town and has been since 1974. It is the southern quarter of the city of Famagusta and whenever someone uses the phrase ‘the lost city’ I tend to think of somewhere mythical from a film but Varosha is the real thing.

In 1974 Cyprus was in the throes of a Turkish invasion. When the vicious battle took to the streets of Varsha, residents fled in fear. Many thought that they’d simply return to their homes after the panic. But it never happened, the area has been occupied by the Turkish forces ever since.

Therefore, so I’m told because it’s forbidden for the public to enter, posh frock shops still have mannequins in the windows wearing 1974 fashions, car dealerships have the ‘latest’ 1974 models in their showrooms, tables are still set for dinner.

s have the scars from 1974 bombs. The buildings that escaped war damage have deteriorated because of having no maintenance for almost fifty years.

Although we travelers can’t go into the area – the crumbling buildings make it far too dangerous even were it not for Turkish military patrols – it can easily be seen and you can walk right up to the edges of the fenced-off zone.

What will happen to the town?

There are many plans but as yet, none are completely approved and fully determined. If the area is redeveloped, the existing buildings will have to be demolished; they are unsound and unsafe. So all traces of what once was referred to as the Cypriot Riviera will be gone. See it while you can. 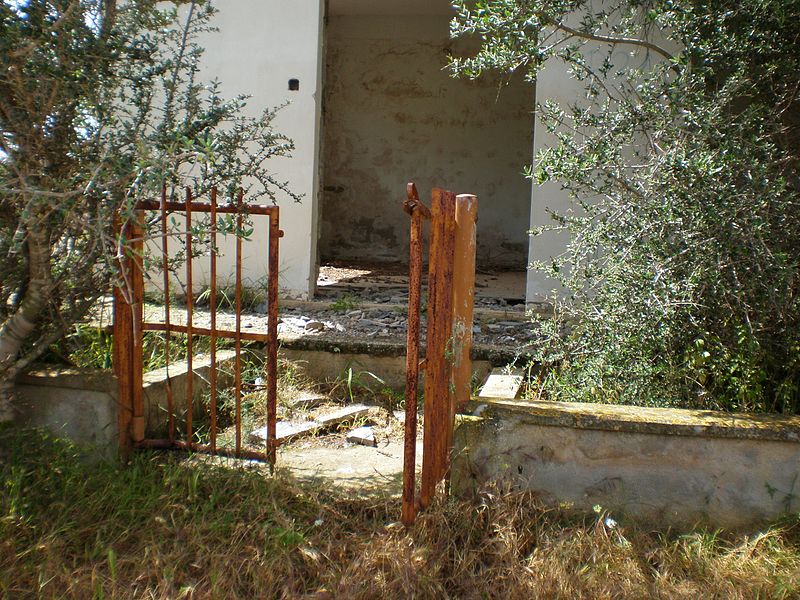 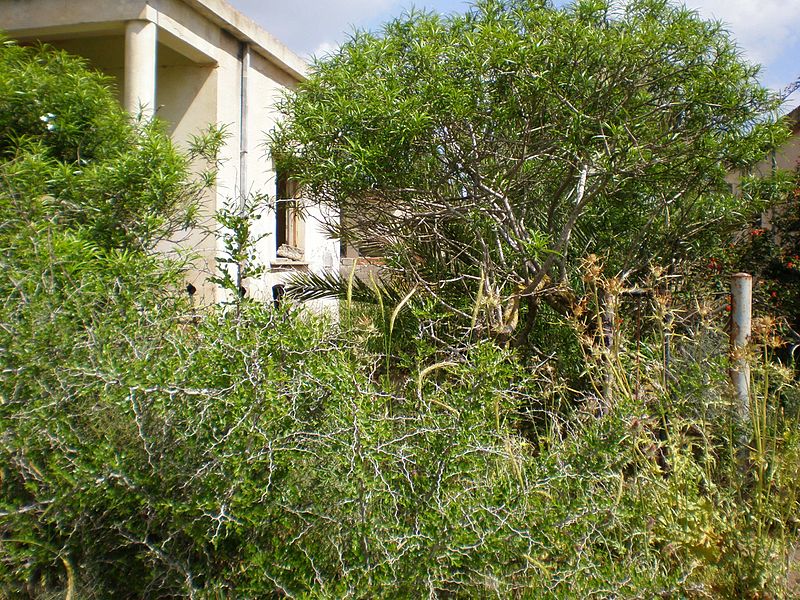 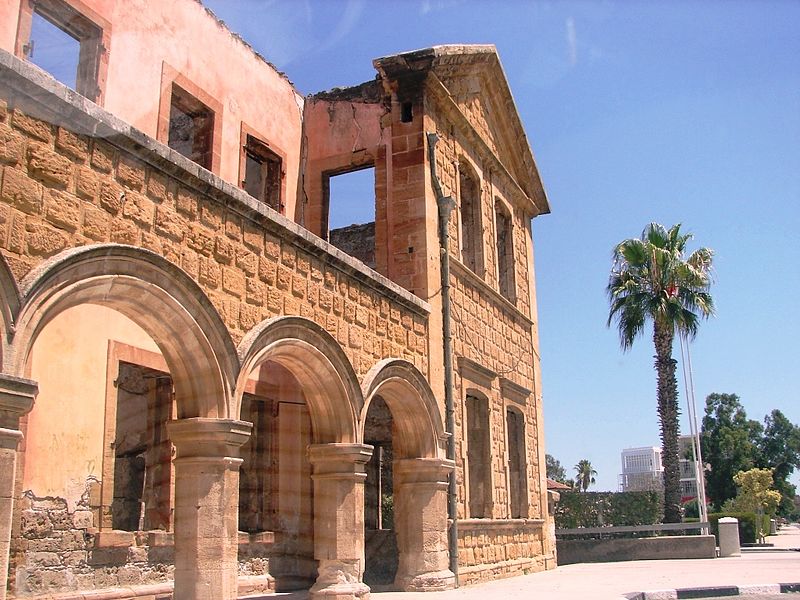