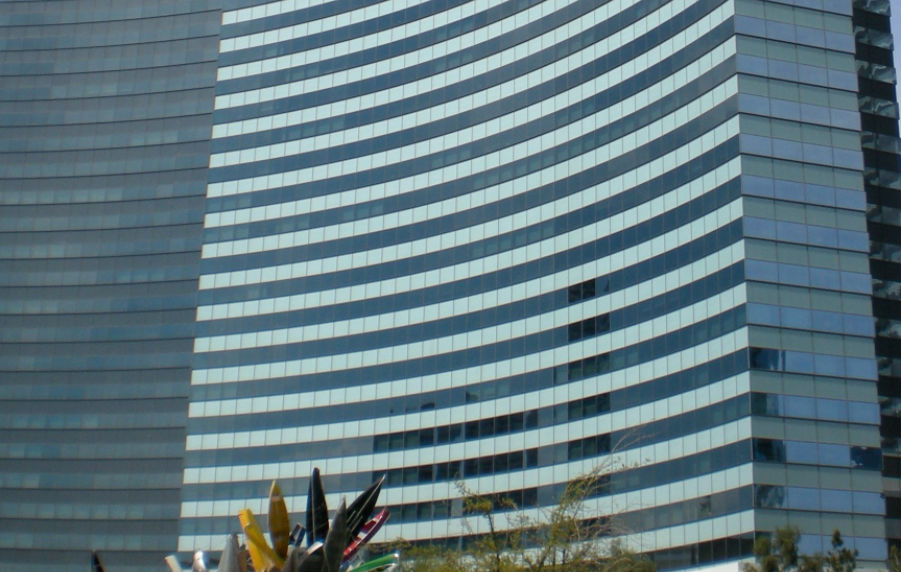 The Vdana Hotel in Las Vegas opened in 2009. It was designed by Rafael Vinoly and has 56 floors containing all the amenities you’d expect from a modern hotel. It was also discovered that it had one huge problem. You may or may not be able to imagine what it is from the photograph below. 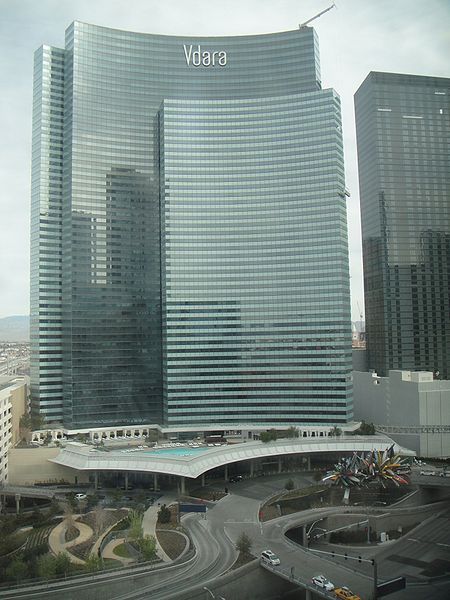 It’s stunning, isn’t it? But the problem arose from those wonderful reflective surfaces. It was discovered that when the sun was in certain positions, those surfaces reflected it down to the poolside area, making the temperature zoom. Once this was noticed, the building became known as the Death Ray Hotel.

Incredibly high temperatures were recorded in the pool area – you can see the pool in the photograph on the elevated canopy. Not surprisingly, Rafael Vinoly later designed a building in London that proved to have the same ‘problem’ (or quality? Could be the latter in chilly British winters).

See how USA TV reported the news about the Death Ray Hotel:

The Vdara claims to have solved the problem by the simple addition of sun umbrellas to the pool area.

I really like the look of the Vdana exterior and reviews of the hotel are positive. Sadly, I feel that the London building (known colloquially as the ‘fryscraper’) is really rather ugly. The building at  20 Fenchurch Street in London won the 2015 Carbuncle Cup for its ugliness.

JJ is originally from the UK and has lived in South Florida since 1994. She is the founder and editor of JAQUO Magazine. You can connect with her using the social media icons below.
← The Vine Bridges of the Iya Valley, Japan Linby Village: England →

Trending Now : Which Country Has a Newspaper Called The Penguin News?