Dolmen of Guadalperal: The Spanish Stonehenge 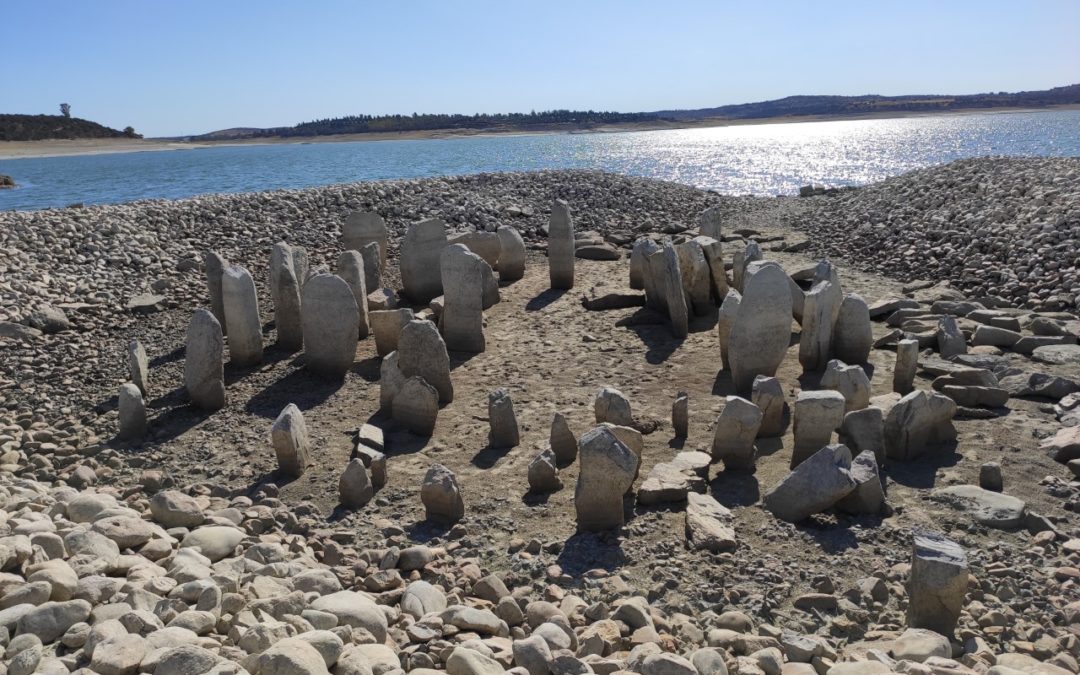 It will only take you a couple of hours to drive to the Dolmen of Guadalperal from Madrid. And the best time to visit this monument – thought to be around 7,000 years old – is during a spell of dry weather.

Zoom right in on the map below and you’ll see why.

This series of approximately 150 standing stones, similar to England’s Stonehenge,  suddenly became visible in July 2019 when the dry conditions saw the stones emerge from their former watery home; they had been submerged in the Valdecañas reservoir and hadn’t been seen since the reservoir was created in the worldwide freaky weather of 1963.

The stone circle was discovered in the 1920s  and excavations took place on the site, revealing ancient coins, ceramics and various tools. The remains of a settlement were also found nearby and archaeologists thought that it was most probably where the workers who had created the structure had lived.

It’d thought that the structure had several purposes. It was used as a burial site and a place of workship. Also, due to its location on what was the river.

However, in those days, when modern advancement was considered to be more important, the area was flooded to make way for the resevoir a couple of decades later.

There are no tours that you can use to visit the site. After all, who knows when it might be suddenly submerged again? Although there is a local action group that is trying to persuade the authorities to move the stones to higher ground.

If you’re heading to Madrid then it might be worthwhile getting Google news alerts about the site. Go here , add the search term Dolmen of Guadalperal and click the ‘add alert’ button. eee the image below. 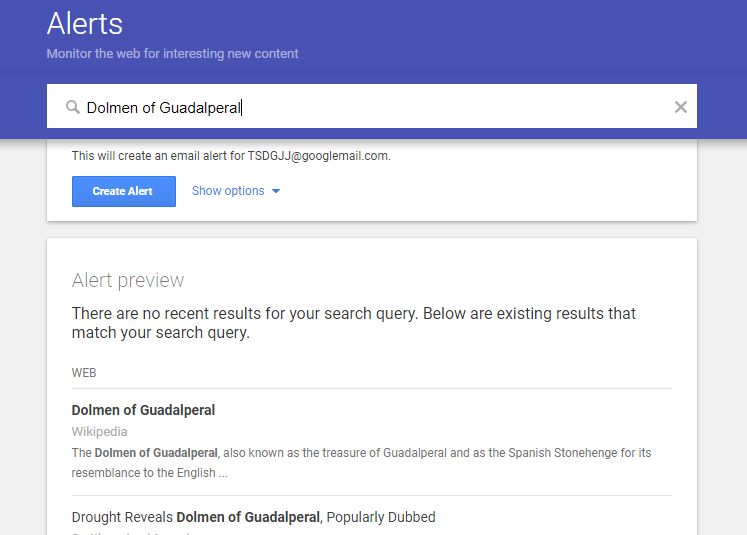 How to Find The Dolmen of Guadalperal

Read too about the two Yorkshire villages that were destroyed for the sake of a resevoir – and the fact that the remnants of building in the villages can still be spookily seen when the water level is low. See Ladybower Resevoir.

← Hosts: Stand Out From The Crowd Hosts: Going It Alone? →