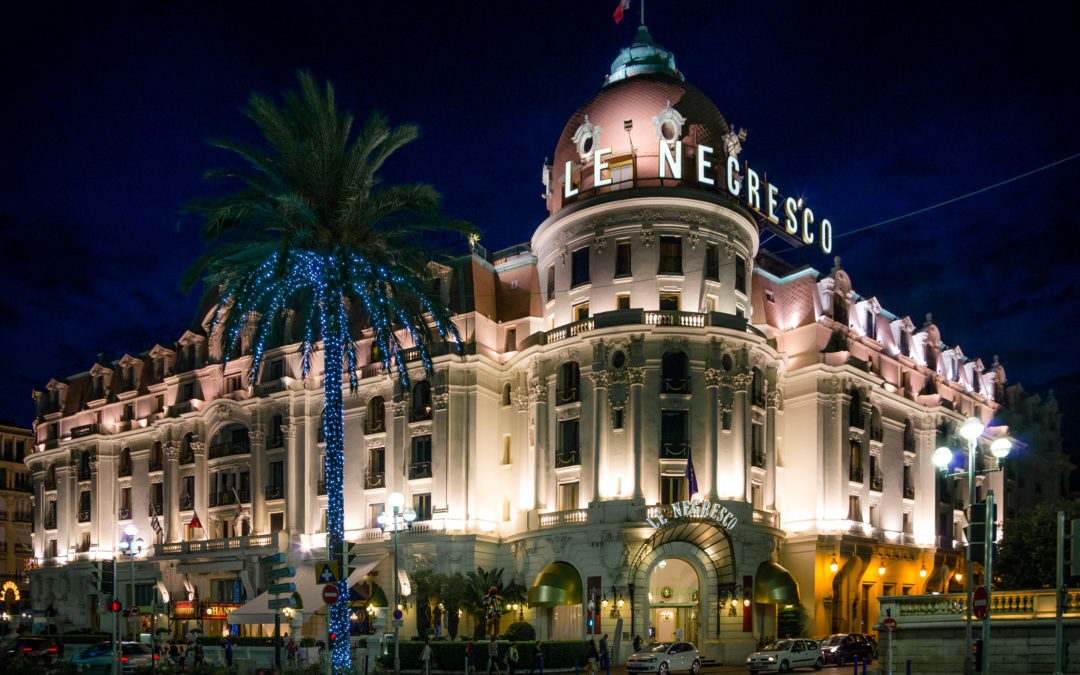 The Hotel Negresco in Nice is located on the Promenade des Anglais. Eccentric dancer, Isadora Duncan, died on the promenade in 1927, – by many accounts right outside the hotel.

She was wearing a long silk scarf, as was the fashion in the 1920s, when she and a companion drove off – and famously, her scarf was caught in the rear wheels of the car. This strangled the dancer and ejected her dead body from the vehicle.

The hotel opened in 1913 and has a chequered history. It was intended to be the ultimate in luxury accommodation but shortly after opening, it was requisitioned during the First World War as a hospital.

HOW TO FIND THE HOTEL