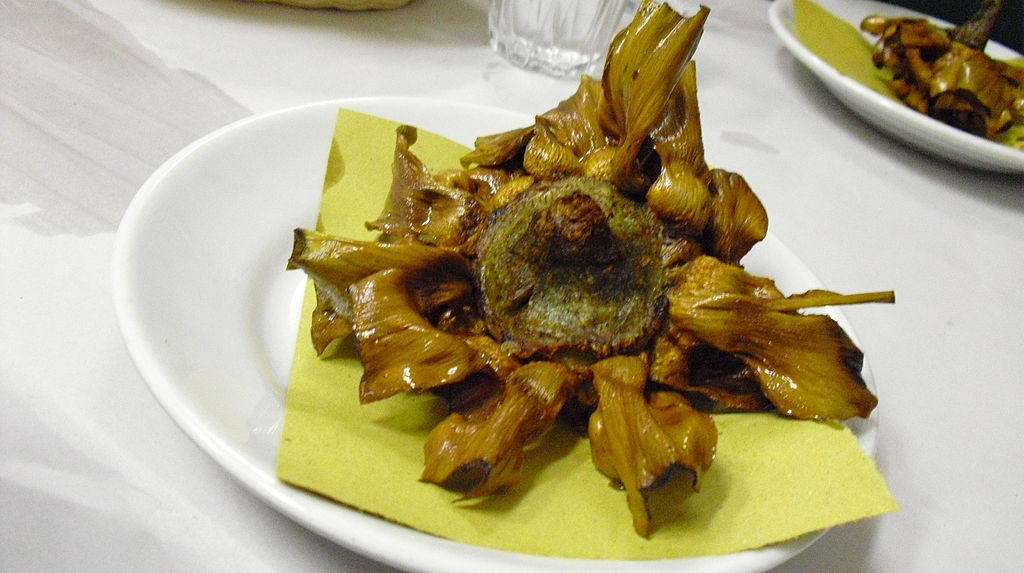 Carciofi alla giudia is a traditional Roman recipe that is a Jewish speciality. It’s a plate of sheer deliciousness, being a wonderful twice-deep-fried artichoke dish. It’s prepared in a traditional manner. (See the video below).

Recently though, it has become political. Yes, political food. It seems that the Chief Rabbinate of Israel declared that the dish is not kosher. Why? because insects and tiny worms might have burrowed into the vegetable and they might not be kosher. I am NOT making this up.

The artichokes themselves are grown locally on the coastal regions near Rome. They are (understandably) known as being of the Romanesco variety.

To create the dish, the artichokes are trimmed in a very particular way (again, see the video below) then they are soaked in salted water for ten minutes or so. As far as I know, this alone should get rid of any insects or worms that inhabit the vegetable.

The next step is to deep fry them for about fifteen minutes. They are then drained, cooled slightly and then fried again at a higher temperature for just a couple of minutes.

It’s such a shame that traditional food should be the subject of such an intense rigmarole because of religious laws, isn’t it?