The Empress Hotel & The Eternal Triangle 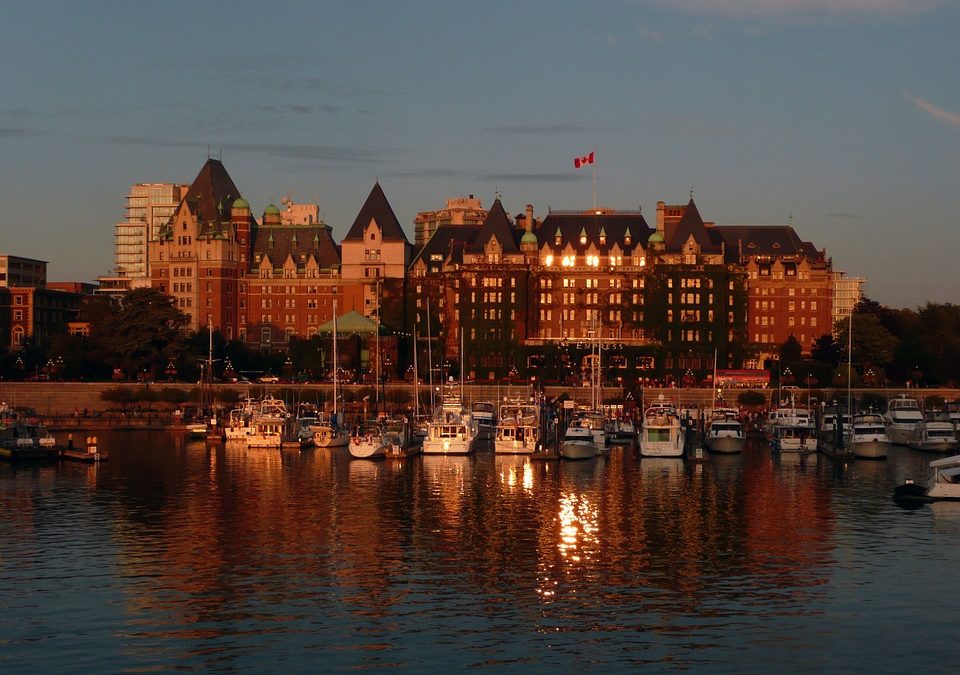 The opulent Empress Hotel in British Columbia sits like an elegant Edwardian duchess overlooking the harbour of Victoria on Vancouver Island.

But this sumptuous hotel was at one time considered to be a dowdy and faded building that was better demolished to make way for a modern high-rise hotel. Fortunately, common sense prevailed and the hotel, which first opened in 1908 has been extensively restored.

Luckily, his murder took place thousands of miles away so if you’re sitting in the hotel’s lounge and enjoying their delicious afternoon tea, you can ponder the story without having to worry about ghosts being nearby.

Francis Rattenbury was English. He had been born in Leeds, Yorkshire, but emigrated to Canada as a young man. Here he found success as an architect and by the time he was in his mid-twenties he was relatively prosperous and married with two young children.

However, he left his family for an older woman, Alma Pakenham. Unfortunately, Rattenbury must have been bewitched by his new love because he treated his wife and family badly. This led to a deterioration of his public image, thus his ability to attract architectural contracts.

Meeting Alma had not been a lucky event for Rattenbury. He was able to marry her when he obtained his divorce and the couple, along with Alma’s son from one of her two previous marriages (plus one that Rattenbury and Alma had produced themselves) moved to the UK.

Rattenbury was Alma’s third husband but it seems that she still had a roving eye as she embarked upon an affair with an 18 year old chauffeur, George Stoner.

And in 1935, Rattenbury was found dead in his armchair having been bludgeoned to death.

Alma confessed to the murder but later retracted. In the meantime, Stoner told various members of the household that it was he who had committed the murder. He was arrested an given the death penalty. The population though appealed to the authorities.

They felt certain that Stoner had been persuaded to do the deed by Alma, the older and more experienced woman. The authorities accepted this theory and Stoner was given life imprisonment. However, Alma dramatically took her own life by stabbing herself repeatedly in the chest then throwing herself into a river.

Of course, no part of this fascinating story has much to do with the hotel today but it’s still an interesting tale to recount to your companions over afternoon tea!

FIND OUT MORE ABOUT THE HOTEL TODAY

HOW TO FIND THE EMPRESS HOTEL