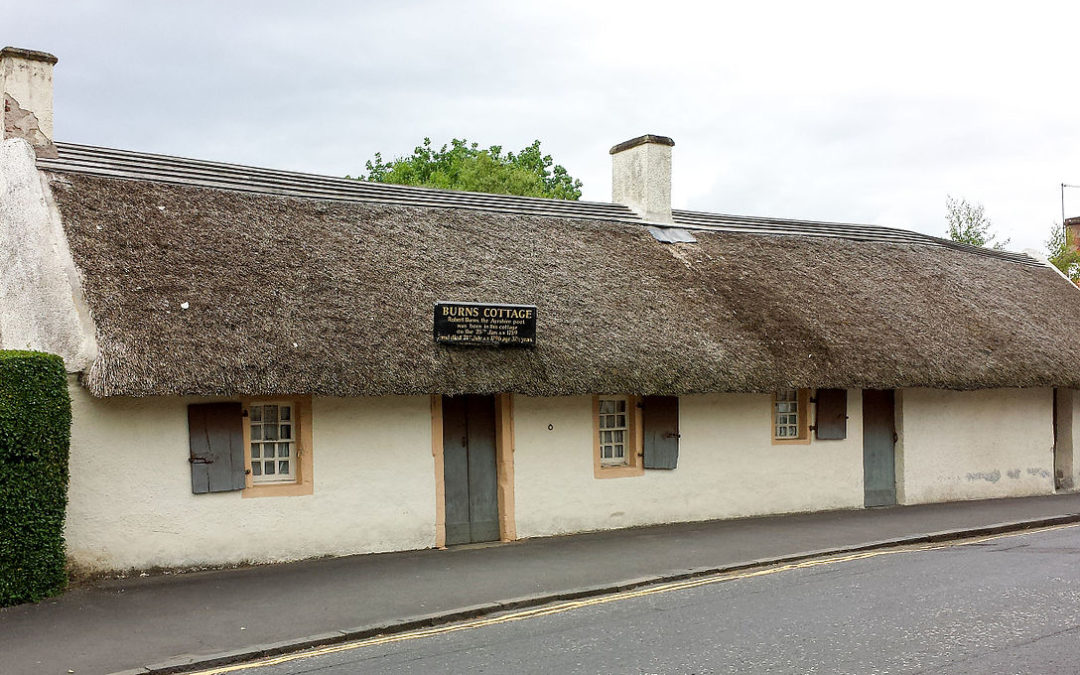 It’s likely that every New Year’s Eve you and your friends sing Auld Lang Syne. You might know that it was written by Scottish poet Robert Burns. And as his active years were in the 1700s, that shows just how old the song has been around. And it all started when Burns was born in the cottage you see in the photograph above.

He was the eldest of seven children – yes a family of nine lived in that two-roomed cottage. Burns’ father was a farmer and in the less than hospitable weather of Scotland, farm animals shared the warmth of the building too.

The building was run for some years as a pub – trying to capitalise of the increasingly well-known Burns. It even gained some attention from the Suffragettes who tried to burn the building down.

It survived however and is now, along with its visitors’ centre and shop, a tourist attraction and museum.

You can find out more about how to visit at the website.

By the way, Burns was a bit of a lad. Despite being married, he had a few children scattered about Scotland by assorted other women. I’ve always wondered about that bit in the last verse of Auld Lang Syne. What’s a willie waught when it’s at home?

And there’s a hand, my trusty fiere!
and gie’s a hand o’ thine!
And we’ll tak’ a right gude-willie waught,
for auld lang syne.

WHERE IS BURNS COTTAGE?