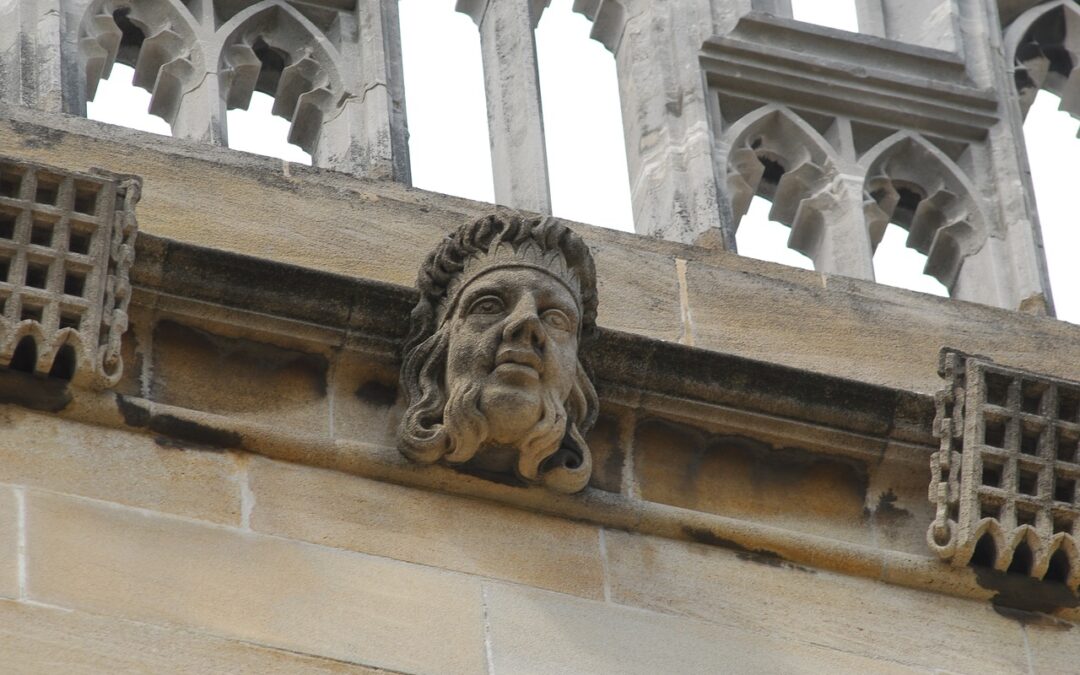 If you’re visiting England, then the chances are good that you’ll include Windsor Castle as one of your must-see places. It’s one of the most popular tourist attractions in England and is an easy drive from Central London. It’s easy to get there by bus or train too so don’t miss Windsor Castle if you’re in the area.

You might remember that the world focused its attention on the chapel there in 2018 when Prince Harry used the venue to marry. As his bride was an American actress, the wedding was watched by an estimated 2.9 million US viewers.

If you go, here’s an anecdote to tell your companions.

In the late 1960s staff at Buckingham Palace became accustomed to the smell of cigarette smoke lingering in the corridors. It told them that a strange figure dressed as a nun wasn’t far away.

But this wasn’t a ghost or some sort of apparition. It was Prince Alice of Battenberg, the mother-in-law of Queen Elizabeth.

Alice, Prince Philip’s mother, was one of Queen Victoria’s great-granddaughters and had a strange life. From birth, Alice was deaf. As a teenager though. she fell in love with Prince Andrew of Greece and Denmark. The Greek royal family were deposed and exiled and Alice and her husband, with their four young daughters and their newly-born son, Philip.

Famously, baby Philip travelled in an orange crate into exile.

Alice’s life, although often devoted to charities and good works, became increasingly complicated and she was diagnosed with schizophrenia in 1930. She didn’t live with her husband after that time although she was back in the world by 1932.

Her son, Philip was by this time being brought up in England and joined the Royal Navy when he was 18. During the war, Alice lived mostly in Greece where she ran soup kitchens, worked for the Red Cross and smuggled medical supplies into the country. She also sheltered a Jewish family in her home for several years, saving them from almost certain death in a concentration camp.

Alice attended the wedding when he married Princess Elizabeth, the future queen, in 1947. By this time, she was attempting to found a religious order and she dressed as a nun. And did for the rest of her life.

Her own mother, Princess Victoria (the Marchioness of Milford Haven) was baffled by this and famously remarked:

“What can you say of a nun who smokes and plays canasta?”

In 1967, Queen Elizabeth and Prince Philip offered Alice the opportunity to make her home with them at Buckingham Palace where she lived until her death in December 1969.

However, that was just the background to the story of Prince Philip being shown around Windsor Castle just before his marriage in 1947. The newspapers had started referring to Philip as ‘Phil the Greek’ even though he was not. (Read more about that here).

A rather officious and supercilious courtier was showing Philip around the castle and telling him the history of the place. He was treating the prince as though he was indeed a foreigner who knew nothing about Windsor Castle. Philip interrupted him:

“I know – my mother was born here”

And it was true – Prince Philip’s mother, Alice, had been born on 25 February 1885 … at Windsor Castle … in the presence of her grandmother, Queen Victoria.

WHERE IS WINDSOR CASTLE?

← The Immersive Drive In Van Gogh Exhibition Do You Know How To Make An Island Cake? →