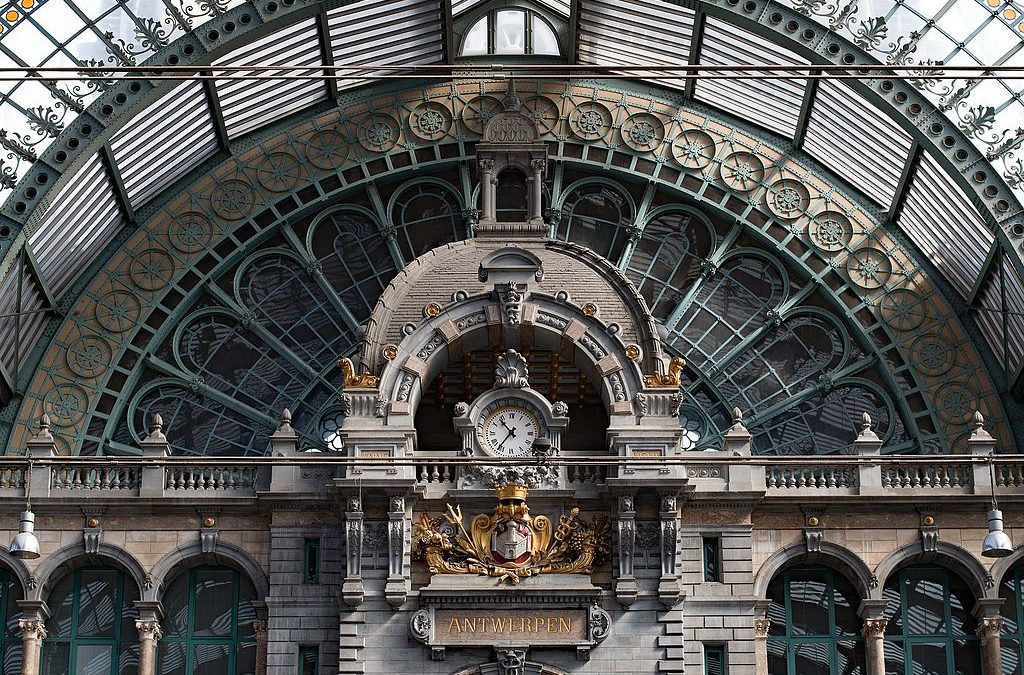 Airports these days can be pretty okay, architecturally speaking. But as so many people now prefer to experience travelling by train instead of being sardined into a cylindrical tube in the air, the beautiful railway stations of the world are being fully appreciated.

One that has won awards, indeed has been described as the most beautiful railway station in the world.

It’s a wonderful combination o traditional and modern. The station was first built in the years between 1895 and 1905 – a time when the ornate was loved and accepted. It was a time when embellishments were expected and although it probably wouldn’t be fair to say that money was no object, they certainly didn’t hold back in those days.

The enemy had a good go at it during the Second World War. The V2 rockets – there were 1664 of them sent to damage Belgium – caused considerable damage to the city of Antwerp.

This is what Wikipedia says:

Antwerp, Belgium was also the target for a large number of V-weapon attacks from October 1944 through March 1945, leaving 1,736 dead and 4,500 injured in greater Antwerp. Thousands of buildings were damaged or destroyed as the city was struck by 590 direct hits. The largest loss of life in a single attack came on 16 December 1944, when the roof of the crowded cinema REX was struck, leaving 567 dead and 291 injured.

Although the station survived, it was severly damaged and demolition was considered.

Fortunately, commom sense prevailed and today the station still has its imposing grand features although the station was closed for several months in the eighties for the renovations to take place. 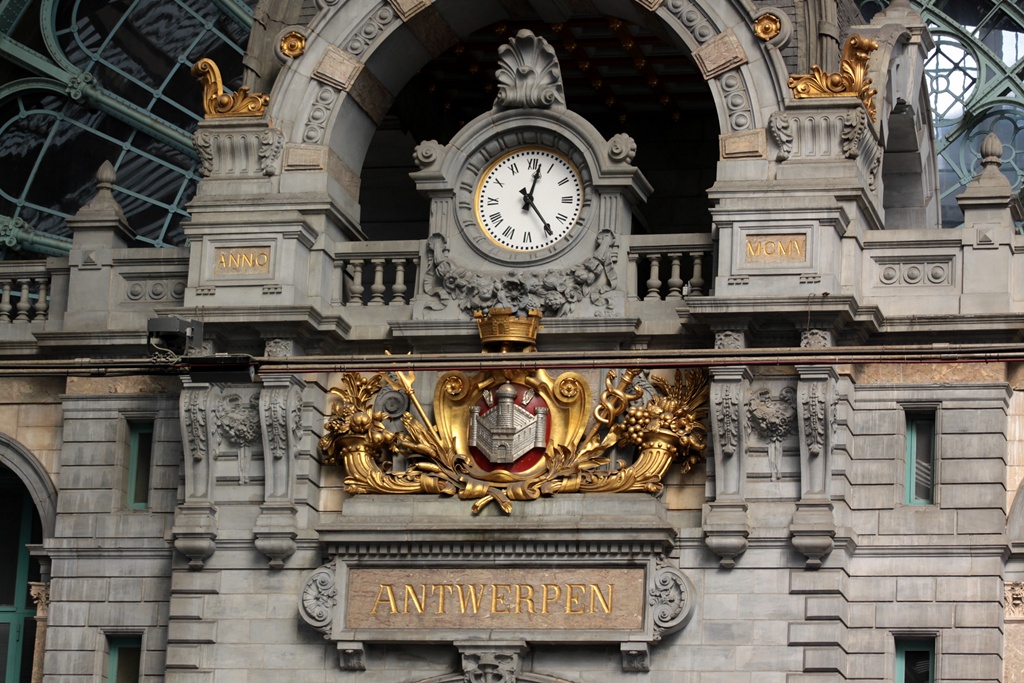 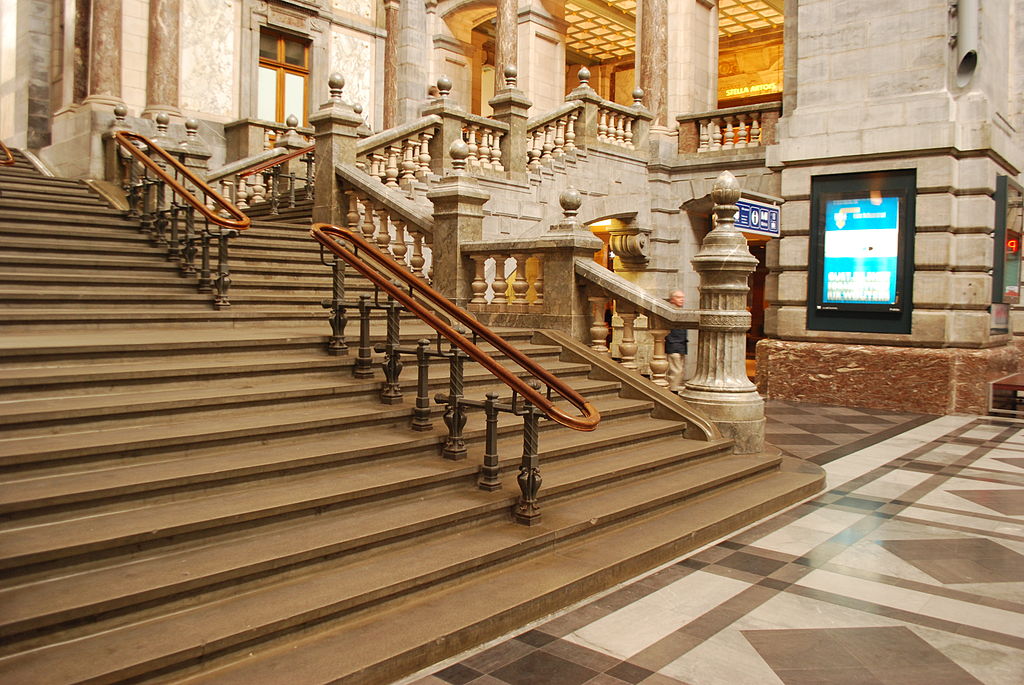 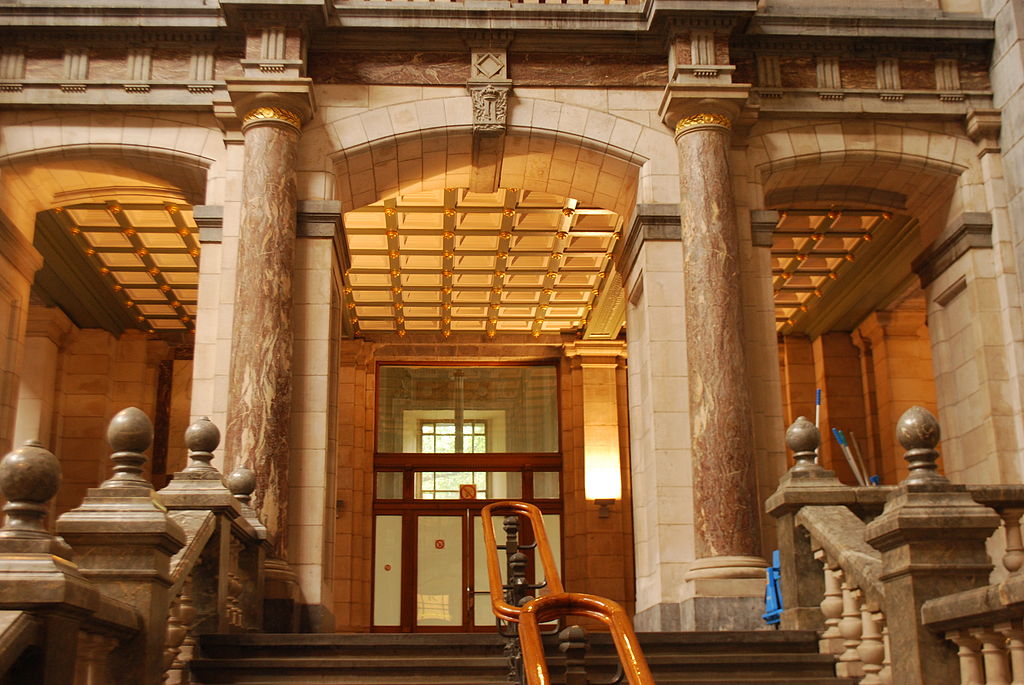 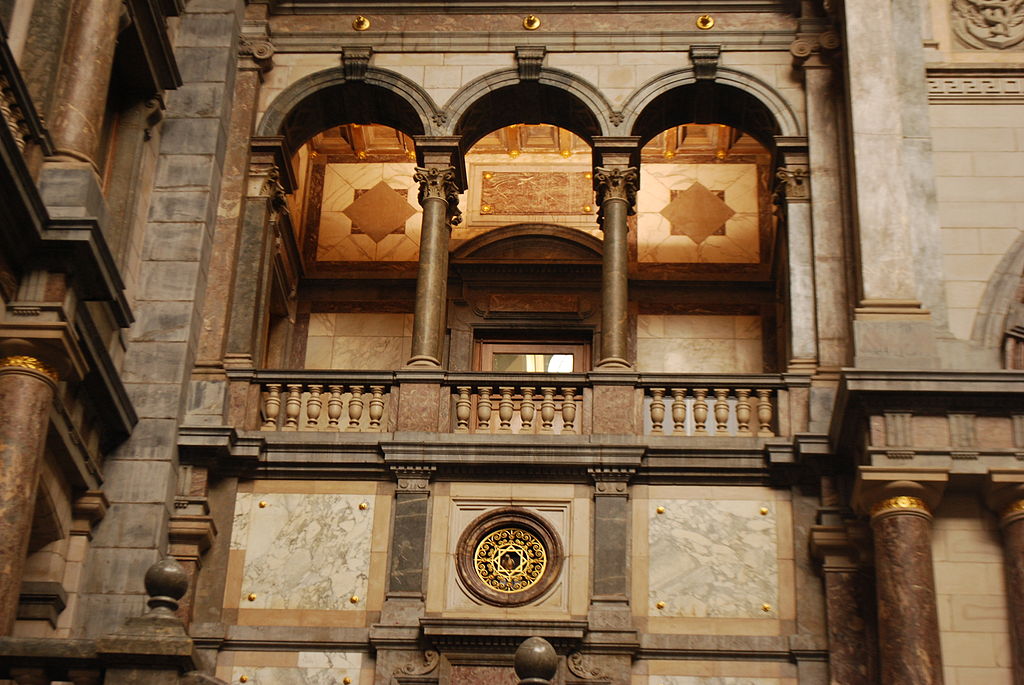 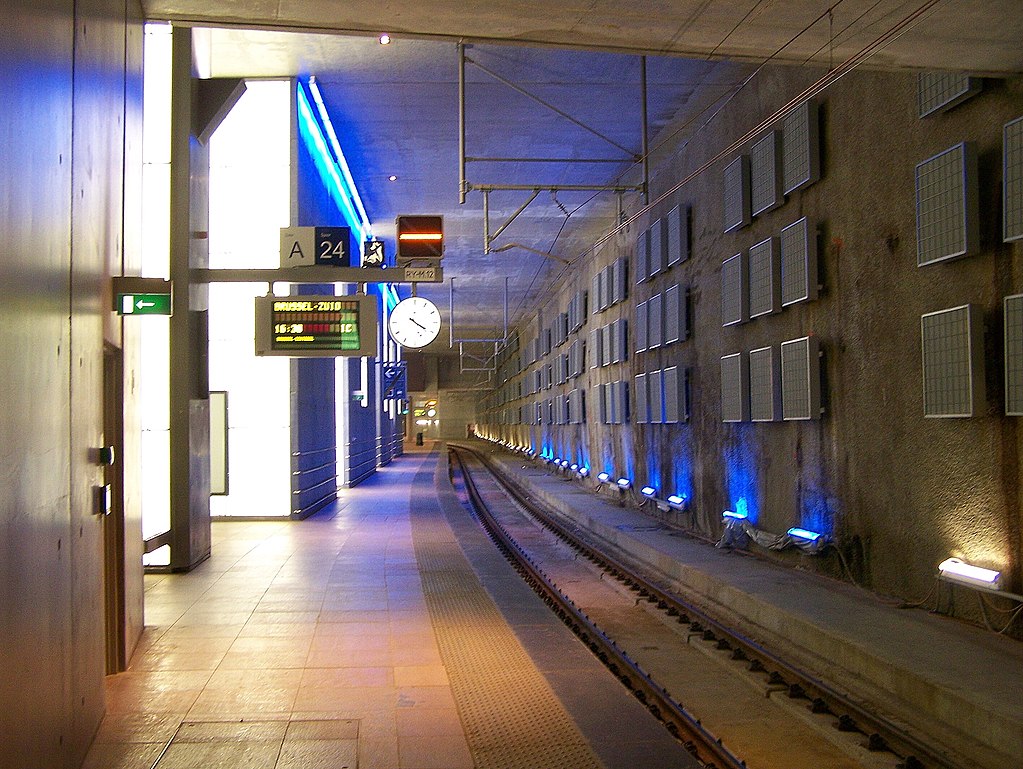 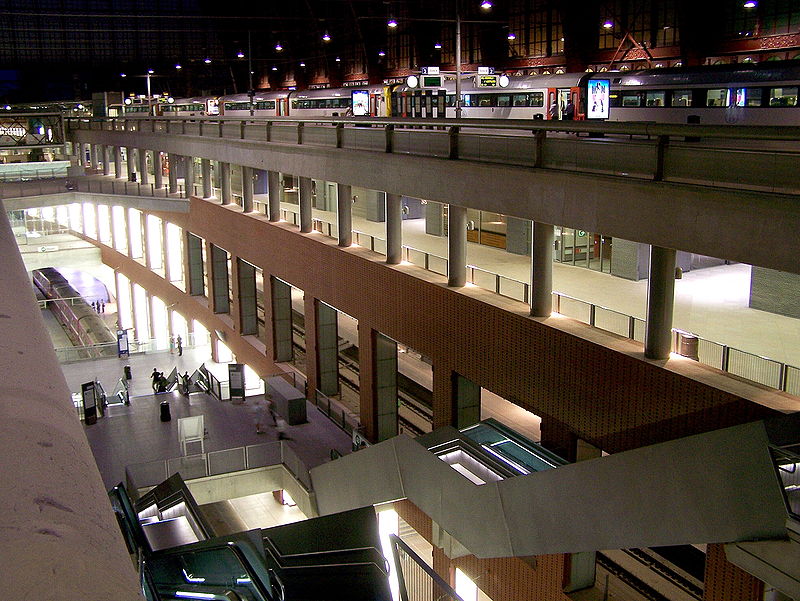 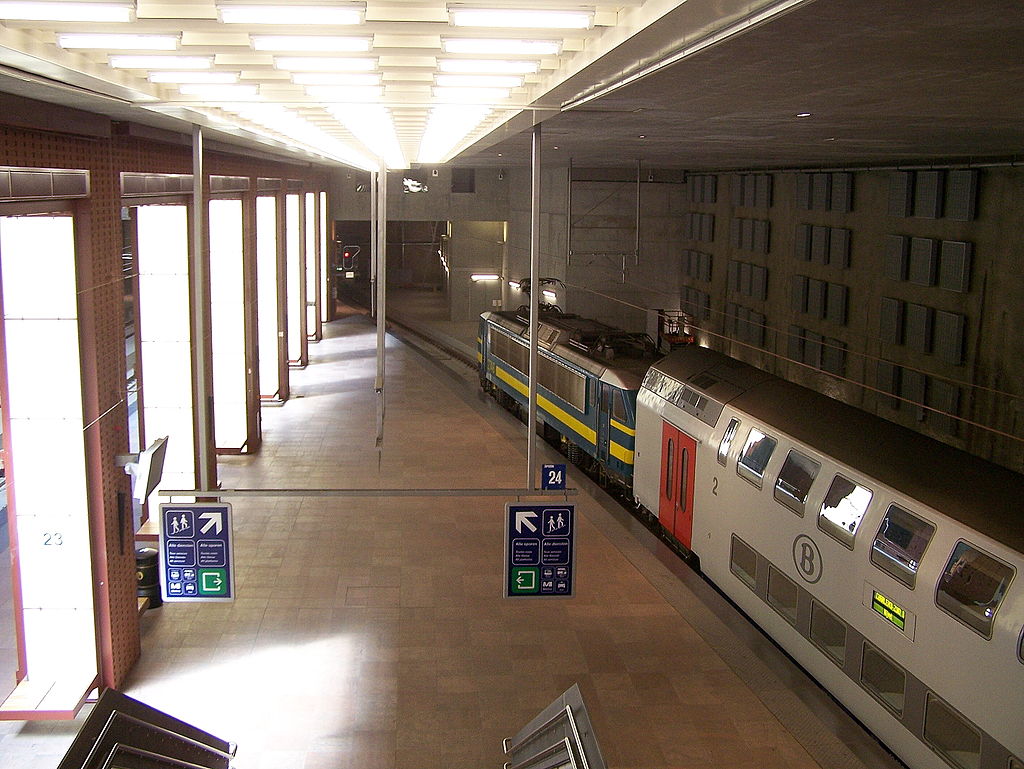 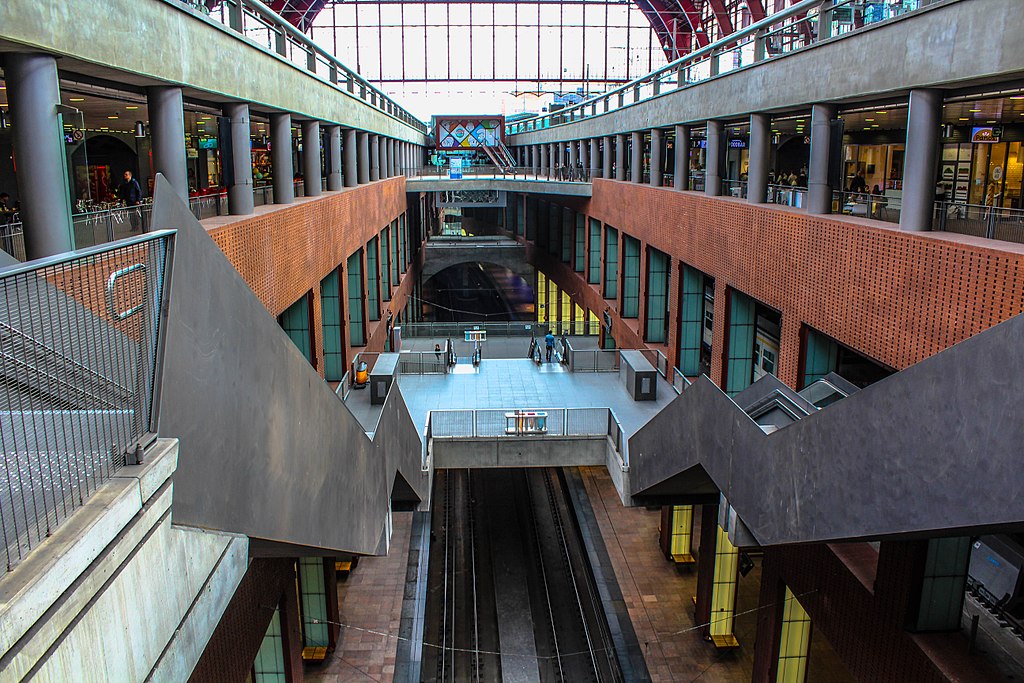 I love this video. In the early 2000s, a Belgian TV company was making a version of an English show – a virtual reality show called How Do You Solve A Problem Like Maria?

As part of the promotion for the show, they arranged and videoed a flash mob in the great hall of the station. featuring 200 dancers, many of them children.

WHERE IS ANTWERP STATION?

← Visiting Iceland: The Blue Lagoon "The Guest Has No Photo!" →