Can I Take My Emotional Support Animal On The Plane? 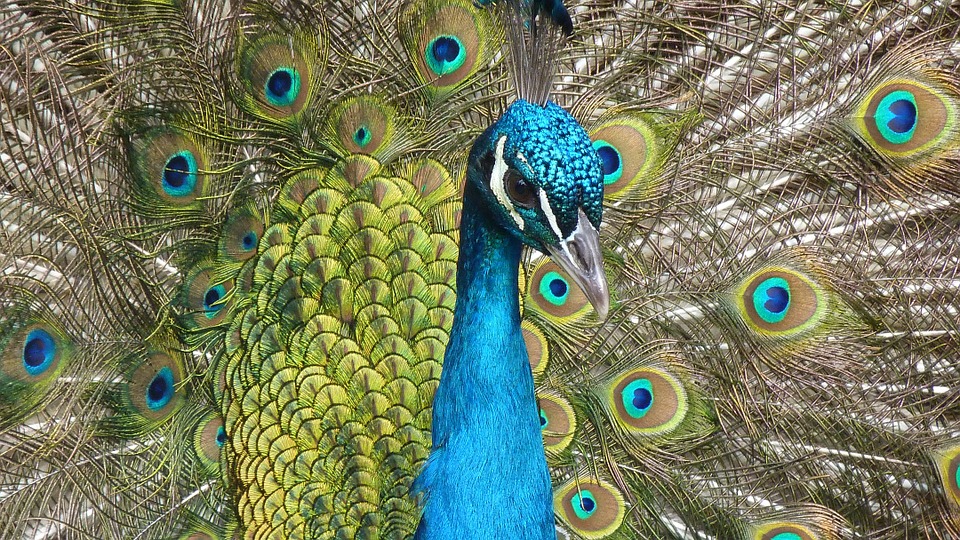 Early in 2018, THe BBC reported that a woman had been prevented from taking her emotional support animal with her on a flight. Many people sympathised but some changed their point of view when they realised that the ‘support animal’ was, in fact, an ’emotional support peacock’. Yes, peacock. Like the one in the photo above.

So are emotional support animals valid? Note that I am not talking about service animals here – the animals that are specifically trained to aid disabled people.

The National Geographic, in an article about this issue, claimed that a peacock wasn’t necessarily the ideal animal because although many animals can form bonds with humans:

Peacocks don’t have this same level of communication ability with people, and they can be quite aggressive toward people, especially the males.

Those are my italics. I would have thought that the National Geographic would have realised that all peacocks are male; if they are not, they are peahens. It’s like talking about a male cow…

However, that’s an aside.
But I also particularly like this quote from the BBC article:

In 2014, a woman was escorted off a US Airways flight when her pig, named Hobie, defecated and squealed before the plane took off.

I mean, what are plane journeys coming to? Imagine paying hundreds of dollars for a flight and finding that you are sharing the plane with a damned peacock, a pig, and pig poop. I can’t imagine that a peacock would be particularly continent on a fight either. A big bird on a big bird could be scared shitless.

Although… from the BBC again:

Traveller Jodie Smalley, from Seattle, made headlines after taking her turkey on a pre-Christmas flight home in 2015. Cynics were surprised to hear that the bird made the return trip back in one piece – and wearing a special bird nappy.

I’m afraid that my philosophy – throughout my life – has been mostly to put people before animals. Yes, I have met people who don’t agree. But the line has to be drawn somewhere and I confess that I would be happier with an airline that considered its human passengers rather than an emotional support alligator (or whatever).

I imagine that there are some people – those with allergies – who do not appreciate being on a plane with a cat or dog. I like animals, my cat is an important part of my life. I love him to bits so I’m as soppy as the next pet-owner. But that does not mean that I want wildlife on the seat next to me (or anywhere near me) when I’m on a plane.

Then there are people who are afraid of dogs. And apparently, ‘being afraid’ of an animal is not a valid excuse in most cases. For example, if a disabled person goes into a store and the clerk there is ‘afraid of dogs’ then that is not a good reason to eject the disabled person and their animal.

But there are people who have full-blown, out-and-out phobias. And severe phobias are referred to as ‘anxiety disorders’. A common one is ornithophobia – a fear of birds. This includes the irrational fear of feathers and bits of birds.

I know, it’s daft. Ludicrous. but not completely beyond the realms of possibility.

WANT TO FAKE IT? YOU CAN GET EVERYTHING YOU NEED AT AMAZON