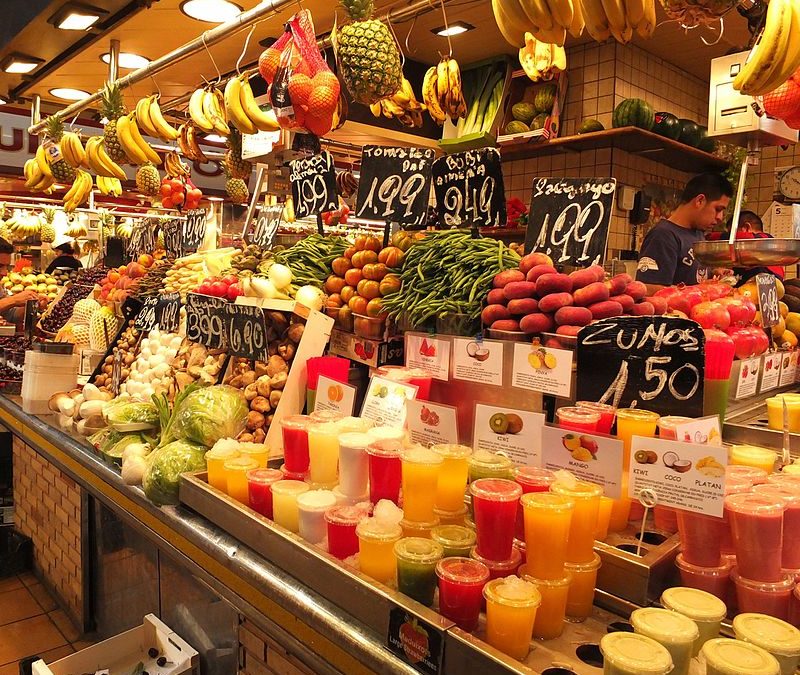 To be fair I’ll have to admt that I don’t truly know what the top attraction is in Barcelona for visitors. But if I had to guess, I’d say the Sagrada Família, wouldn’t you?

But I’d imagine that La Boqueria, the huge market, would run a close second.

There’s been a market there since the early thirteenth century – possibly even before that – and is still going strong today.

The market was originally created for vendors who were selling meat anf fish but today, as you can see from the photographs, the market sells a huge variety of fresh foods including luscious fresh fruits.

Just looking at the market’s website, which has fabulous Spanish recipes featuring the freshest seafood and the tastiest vegetables makes me feel remarkably healthy – I wish I lived right next door and could shop there every day.

The market opens at eight in the morning, staying open until eight thirty in the evening. (It’s closed on Sundays of course). By the way, if you are in the market near closing time, you’ll find that the vendors of perishable goods or manufatured goodies such as smoothies, are keen to get rid of the day’s left over stock – take advantange of this.

READ THOUSANDS OF REVIEWS AT TRIPADVISOR 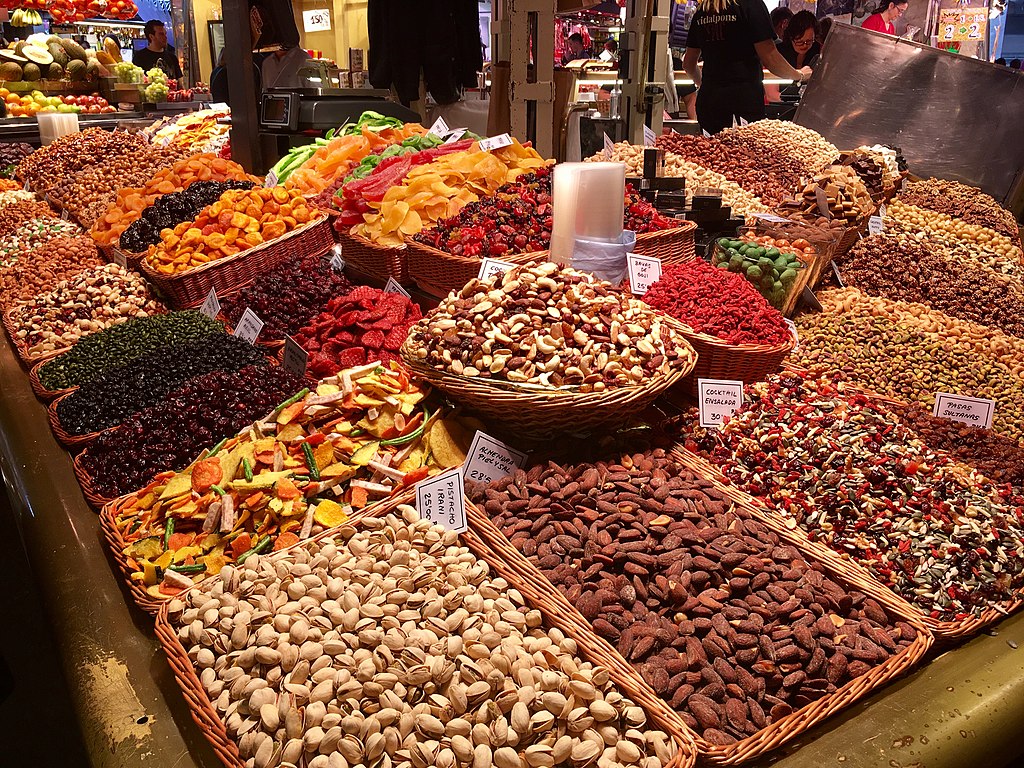 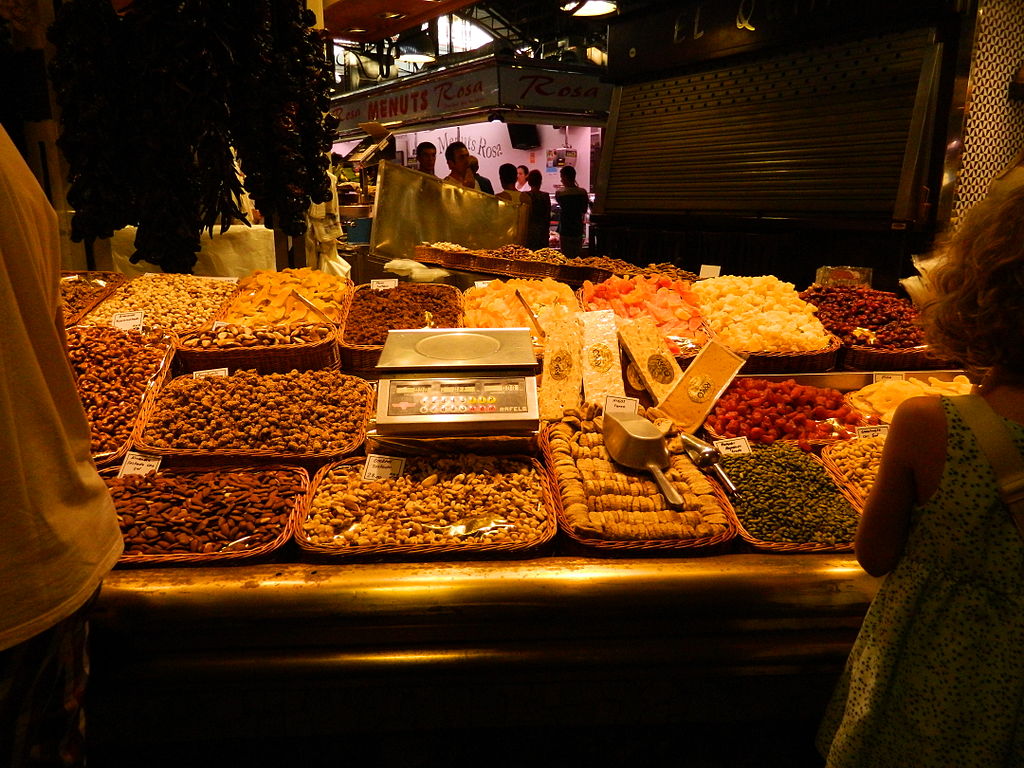 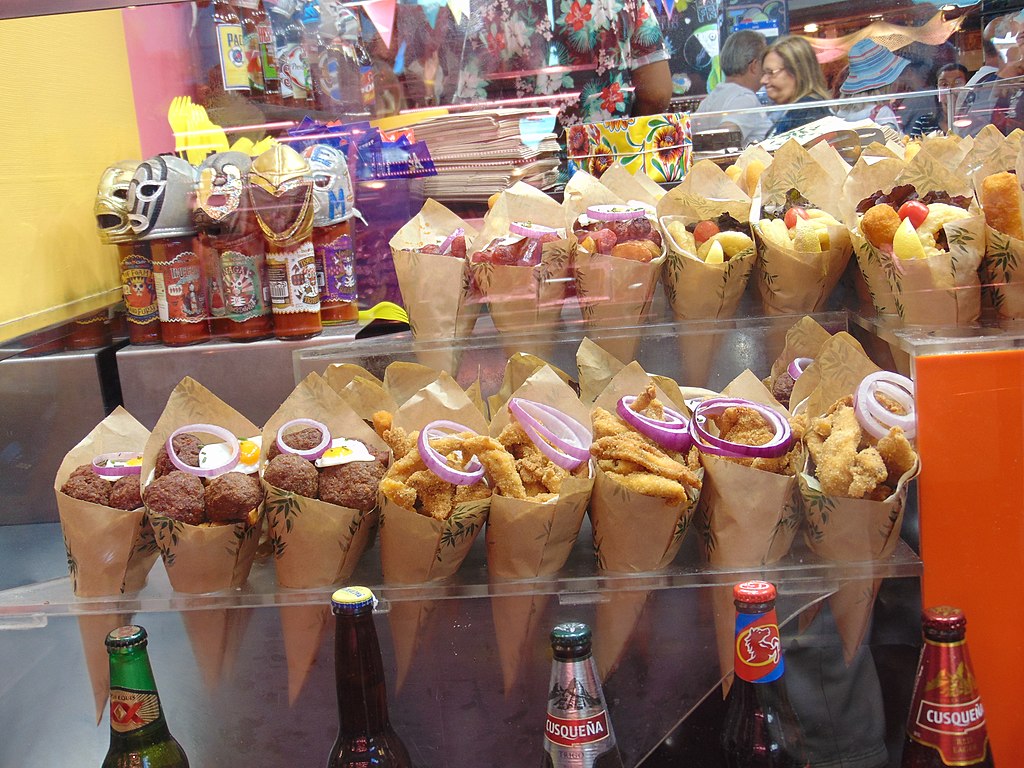 Where is La Boqueria?

← Should I Travel By Train or Plane? Beignets for Breakfast →